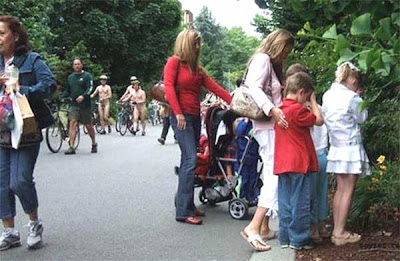 When travel in London, never sit in the top deck! 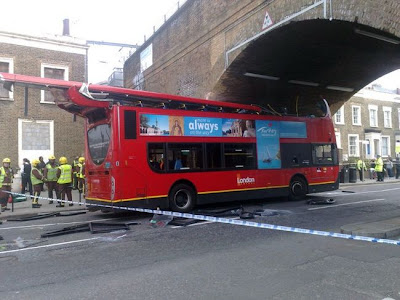 To Protect and Snore 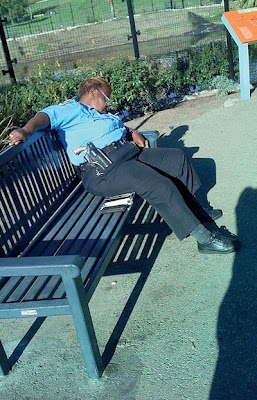 For all of you who feels only the deepest love and affection for the way computers have enhanced our lives, read on.

In response to Bill's comments, General Motors issued a press release stating:
If GM had developed technology like Microsoft, we would all be driving cars with the following characteristics (I just love this):
1. For no reason whatsoever, your car would crash........ Twice a day.
2. Every time they repainted the lines in the road, you would have to buy a new car.
3. Occasionally your car would die on the freeway for no reason. You would have to pull to the side of the road, close all of the windows, shut off the car, restart it, and reopen the windows before you could continue. For some reason you would simply accept this.
4. Occasionally, executing a maneuver such as a left turn would cause your car to shut down and refuse to restart, in which case you would have to reinstall the engine.
5. Macintosh would make a car that was powered by the sun, was reliable, five times as fast and twice as easy to drive - but would run on only five percent of the roads.
6. The oil, water temperature, and alternator warning lights would all be replaced by a single "This Car Has Performed An Illegal Operation" warning light.
7. The airbag system would ask "Are you sure?" before deploying.
8. Occasionally, for no reason what so ever, your car would lock you out and refuse to let you in until you simultaneously lifted the door handle, turned the key and grabbed hold of the radio antenna.
9. Every time a new car was introduced car buyers would have to learn how to drive all over again because none of the controls would operate in the same manner as the old car.
10. You'd have to press the "Start" button to turn the engine off.
Posted by The Man at 2/13/2008 1 comment:

Who Are You Calling Tiny? 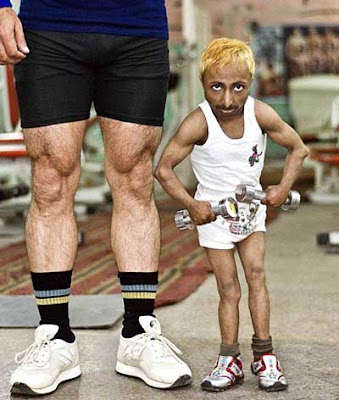 There are several more photos here, here and here.

Is That A Ghost? 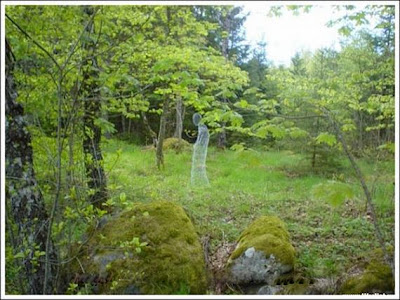 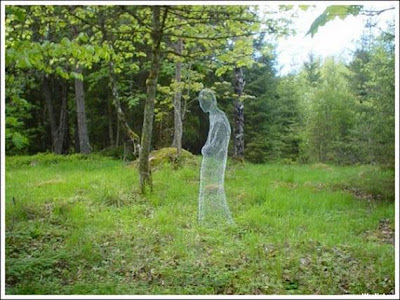 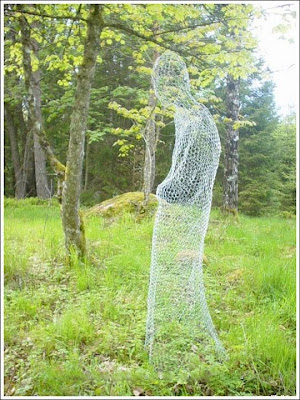 How To Make a Ghost?

A man was walking along a country road and came upon a farmer working in his field.
The man called out to the farmer and asked how long it would take him to get to the next town.
The farmer didn't answer.
So, after waiting a bit, the fellow started walking again.
After the man had gone about 100 yards the farmer yelled, "About 20 minutes."
Confused, the man turned back toward the farmer and inquired,
"Why didn't you tell me that when I asked you?"
"Well," said the farmer, "I didn't know how fast you could walk."
Posted by The Man at 2/13/2008 No comments:

Getting Frisked At Jail

.
Deputy Sheriff dumps paralyzed man from wheelchair
Posted by The Man at 2/13/2008 1 comment: 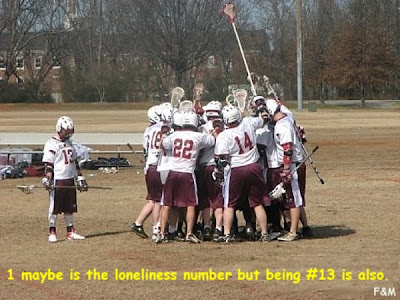 Jesus Was Struck By Lightning
This was the dramatic scene as the world's largest statue of Jesus was hit by lightning. 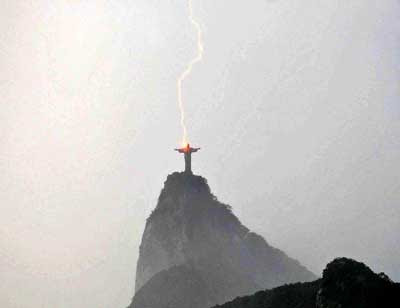 The bolt parted the thunderclouds over Rio de Janeiro, Brazil, to strike Christ the Redeemer.
The statue is 130ft tall, is made of 700 tons of reinforced concrete and stands atop the 2,296ft Corcovado mountain overlooking the city.
Posted by The Man at 2/13/2008 No comments:

Labels: In The News, Pictures, Religion

I thought they were just one...

There are actually that many.

Ending the day at the office

Are you having sex that you use to?
It’s estimated that 40 million Americans have what experts call a sexless marriage (having sex less than 10 times a year). Curious about why that is? Read it and weep.

Woman mistakenly deposits her meth into credit union ATM
An 18-year-old Bremerton woman told police last week that she may have mistakenly placed a bag of meth into a local ATM for deposit into her bank account, according to documents filed in Kitsap County Superior Court.
An employee at Kitsap Credit Union told police that a bag of suspected methamphetamine showed up in a deposit envelope to be deposited in the woman's account at an ATM.
When police contacted the woman, she said that she's used meth and may have accidentally put the bag into the deposit envelope when she reached into her pants pocket to get money, documents said. » Article here

Childhood Prank Taken To Dangerous Level
It's an age-old childhood prank that's has taken a very dangerous turn. It's called Doorbell Ditch where kids ring the doorbell and then usually just run away. But Roseville police say some kids have added a potentially deadly twist to the prank...a fake gun.
When Roseville resident Brian Stark opened his door Sunday night, he found a 13-year-old boy pointing a gun in his face. Click Here To Read More

Machine Gun-In-Luggage Joke Sparks Airport Alert
A man who joked the case he was carrying contained a machinegun was marched off a Freedom Air flight at Hamilton Airport yesterday. Inside the case was a trumpet. The remark saw him removed from the flight bound for Sydney, banned from the airline for five years, and facing the prospect of criminal charges. Click Here To Read More
.
Baby Held by Immigration Officials in Locked Room Dies
Posted by The Man at 2/13/2008 No comments: