7-year-old steals suv because he was mad

It's time to bring back the ASS WHOOPING
.
BlackCrypt said...
No video games for a whole week?
Yeah, that balances things out just fine!
I am betting the next time we see this kid, it will be on Cops!
.
Mad Izatie said...
Someone needs to have a long talk with that boy.
He's obviously doing it because he wants special attention
He's angry at his mother for a reason.
I hope he gets the help he deserves.
.
Brian said...
I also hope he gets the help he deserves, in the form of an ass whoppin'. Maybe he is mad at his mom because she doesn't whoop his ass.
.
Anonymous said...
It is all about respect.
In this case he had none.
Posted by The Man at 5/01/2008 4 comments:

American boys want to be baseball players when they grow up.
Is it the fame?
Is it the fortune?
Is it the women?
Is it the competition?
Or is it the fringe benefit of being able to grab your crotch in front of 40,000 people every day without suffering any consequences?
All of the above. 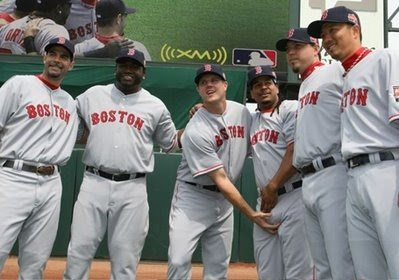 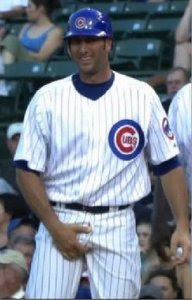 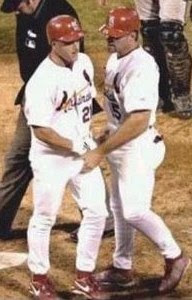 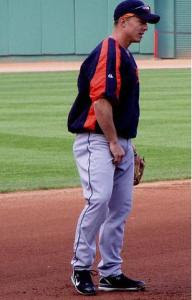 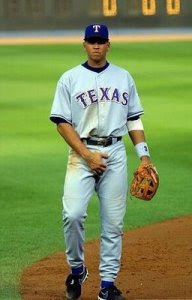 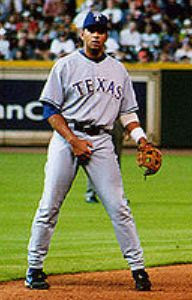 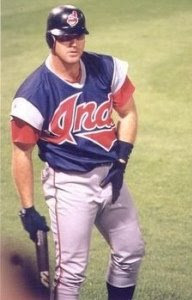 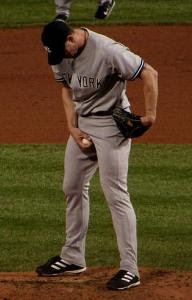 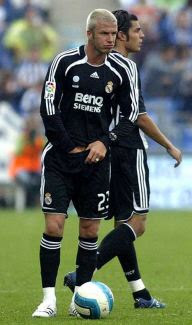 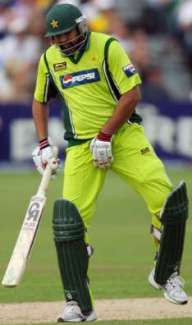 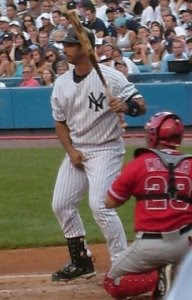 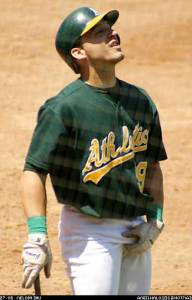 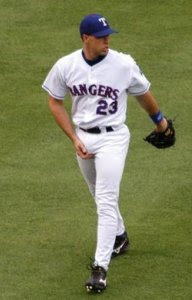 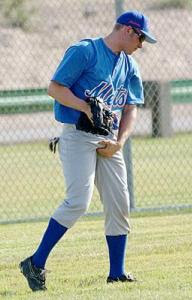 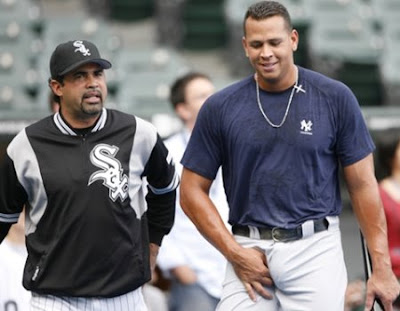 It's time for a president who is ready to take action now.
.
White House candidates offer plans to curb high gas prices
WASHINGTON – Record gas prices are putting pressure on presidential candidates to offer quick relief for consumers, even though many economists say the government can't swiftly bring prices back to earth.
Gas Tax Holiday Proposal: Hillary Clinton bashes Obama for OPPOSING the idea of a Gas Tax Holiday. The idea is to suspend the 18.4 cent federal gas tax and 24.4 cent diesel tax from Memorial Day to Labor Day. Why oppose it? Sounds like somebody's doing some thinking. Both Clinton and John McCain dreamed up the idea. Obama has come up with nothing on this issue, yet he is in the lead in the Democratic presidential race. And you still want to vote for him, don't you? Not Me!
.
BlackCrypt said...
Funny, there was no mention of McCain in that ad.
I guess he has a company car and doesn't have to pay for gas
.
Anonymous said...
Removing the gas tax will just put more money into the pockets of the oil companies. Bloomberg News
LA Times
Posted by The Man at 5/01/2008 2 comments: 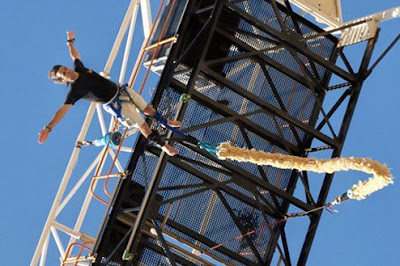 The 18,500 Condom Bungee Jump.
A bungee jumper took the plunge using a rope made out of condoms - which luckily worked without splitting or snapping.
Veteran jumper Carl Dionisio said he created the unusual 30-meter rope to recreate "the virgin buzz" of his very first bungee.
But he admitted that he was in a state of panic leading up to the jump, fearing the latex rope might let him down.
Posted by The Man at 5/01/2008 No comments:

Labels: In The News, Insane, Pictures 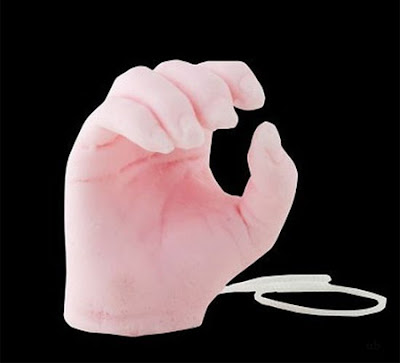 The Stroke on A Rope Soap is quite possibly the filthiest soap you'll ever see. It's the perfect way to rub off all the dirty thoughts you have in the shower, figuratively, while still keeping you clean, literally!
I don’t know what to say to you if you think you need this one. This hand-shaped soap is the most outrageous thing I have laid my eyes on.
For just $9.99 you can now purchase this hand shaped soap
.
Joanne Casey said...
Grope on a rope!
Posted by The Man at 5/01/2008 1 comment:

Pigeons shot with darts at risk of slow painful death 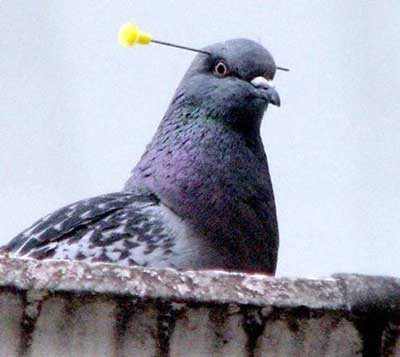 Someone is impaling pigeons in downtown Seattle with metal darts, and the People for the Ethical Treatment of Animals is putting up $2,000 to help find out who.
Several Seattle residents have called PETA in the past two weeks to report seeing three injured pigeons fluttering around with needlelike projectiles — about 3 to 4 inches long — piercing their heads, said Tori Perry, cruelty case worker for the Norfolk, Virginia-based organization.
The darts were fired from a blow gun, lodging directly behind the birds' eyes without penetrating their brains, Perry said. The longer the darts remain, the higher the chance for the injury to get worse and infection to set in, she said. The end result: "a very, very painful death," Perry said.
Posted by The Man at 5/01/2008 No comments:

Dad was so drunk he left his baby daughter in shop
A dad drank so much booze that he forgot about his six-month-old daughter and left her in a shop, a court heard yesterday. Shaun Marshall, 27, walked out leaving the girl in her buggy in the doorway. He then drove off in his Mercedes with two toddlers while three times the limit. When he had not come back for her, police were called to the Candy Man sweet shop in Cullercoats, North Tyneside.
Prosecutor Mark Brennan said: "Officers looked at CCTV to try to identify the person responsible for leaving the child in the store. They were on the premises for a short while when he returned and identified himself as the father of the six-month-old. The reason he gave was that he was tired and confused. He said he had made a genuine mistake and completely forgot the child was left in the store."
.
10 Zero’s on check raise red flag at Fort Worth bank
Man arrested after trying to cash $360 billion check. An aspiring record-label owner is singing the blues after being arrested last week when bank employees said he tried to pass a $360 billion check. When they saw all those zeroes (10 to be exact), employees at Chase Bank, 8601 S. Hulen St., called the account holder. She said that Charles Ray Fuller, 21, of Crowley, is her daughter's boyfriend and that he did not have permission to take the check.
.
84-year-old woman, rescued after being pinned down
An elderly woman spent nearly four days pinned underneath her husband's body after he died of a heart attack. Blanche Roberts was only found when the man who delivers the couple's newspapers became suspicious on seeing copies of newspapers piling up outside. Bruce Pitts and his wife returned to the address just outside Marion, Illinois, a few hours after his round on Sunday, but got no answer when they repeatedly rang the doorbell. Mr Pitts then eased open an unlocked side door and saw the couple about two feet inside.
Posted by The Man at 5/01/2008 1 comment: