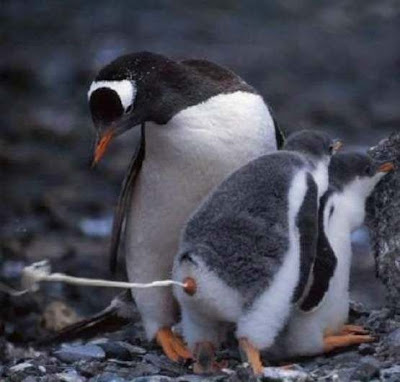 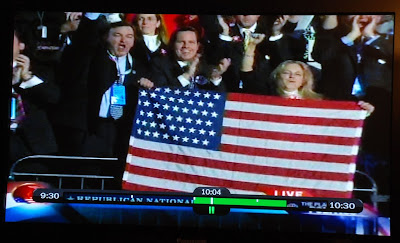 If you're in doubt that this is truly a 51-star flag.
The man on the left is covering up two stars on the top row (one is folded forwards somewhat in the picture).
51 star-flags have been designed in case of a 51st state actually joining the United States. 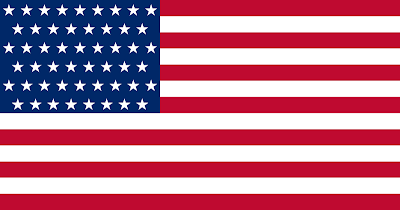 Dictator Bush added Iraq to the flag before his departure! 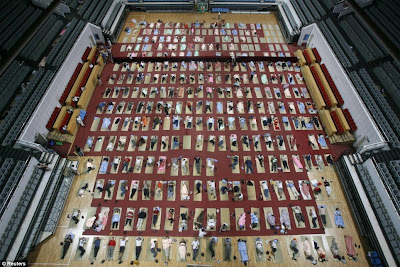 Chinese university helps parents beat 'empty nest' syndrome: Let them sleep in the gym. University is supposed to be a time of growth and self-discovery, when you leave your parents for the first time to go out in the world. But some parents - and children - find that a little more difficult than they'd bargained for. The parents of freshmen students sleep on the floor of the gym at Central China Normal University. One university in China is helping them get through the transition - for the first night at least. The Central China Normal University opened its gym overnight to allow 350 parents of freshmen students to sleep on mats laid out on the floor. The parents were accompanying their children on their first day of school. It is not clear how thrilled their children were to hear the news. 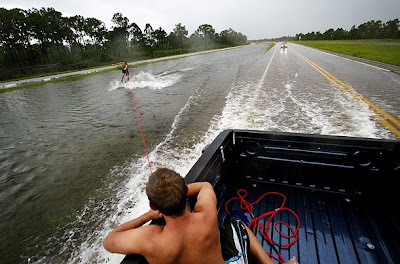 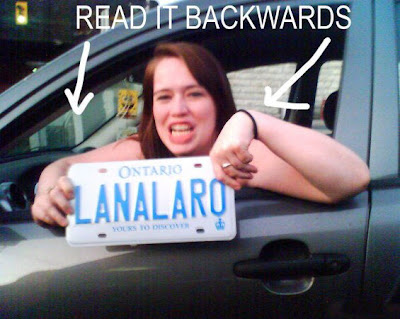 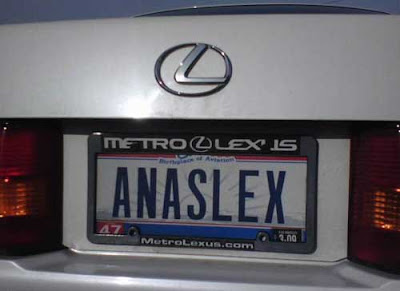 Deadly spider found in banana box
A supermarket cashier came face-to-face with a deadly South American spider when she found it nestling in a bunch of bananas she was unpacking.
Kate Whitmore, 25, picked up the bananas along with the highly venomous Phoneutria nigriventer.
"I held up the bunch and thought, "It wasn't a very nice spider."
The RSPCA dealt with the spider.
He lifted the bunch of bananas with leather gloves and put it in a box. As he nudged it to try to move it into the container, the spider reared up, hissing and put its fangs out.
"It made us all jump."
PICTURE and More
.
It's Alive
Thousands watch spider 'wake up'
Thousands of people braved the rain to watch a 50ft (15m) high mechanical spider come to life in Liverpool.
About 5,000 people watched La Princesse come out of "hibernation" outside the city's arena at King's Dock on Friday.
An estimated 20,000 more were in the city on Friday evening to see her crawl down The Strand before heading for a resting place at the Cunard building.
NEWS Video
.
Man choose wrong place to hide his pot in a cop car
Iowa City police said a man who was on his way to jail attempted to hide 12 packages of marijuana in the squad car that was transporting him.
Investigators said Antonio Johnson, 21, of Chicago, had been arrested Tuesday on public intoxication and disorderly conduct charges when he stuffed 12 baggies of marijuana in the back seat of the squad car.
Officers said they found a 13th small baggy of pot in Johnson's jacket pocket.
Johnson faces additional charges of possession of a controlled substance, drug tax stamp violation, criminal mischief and attempting to conceal evidence.
.
Cops Kick in Door to Find Bird Squawking for Help
Cries for help inside a Trenton, N.J., home turned out to be for the birds. Neighbors called police Wednesday morning after hearing a woman's persistent cry of "Help me! Help me!" coming from a house. Officers arrived and when no one answered the door, they kicked it in to make a rescue.
But instead of a damsel in distress, officers found a caged cockatoo with a convincing call.
It wasn't the first time the 10-year-old bird named Luna said something that brought authorities to the home of owner Evelyn DeLeon.
About seven years ago, the bird cried like a baby for hours, leading to reports of a possible abandoned baby and a visit to the home by state child welfare workers. But it was only Luna practicing a newfound sound, DeLeon says.
DeLeon says her bird learns much of her ever-growing vocabulary from watching television, in both English and Spanish.
PICTURE and More
.
Teens Convicted for Microwaving Family's Cat
Two Canadian teens were handed a year’s probation for trashing a home while the owners were on vacation, and leaving behind a nasty present.
Among the $10,000 in damages was writing scrawled on the kitchen window and cabinets: "You had a nice cat" and "it's in the microwave."
Princess, the cat, "was screaming in the microwave for 10 minutes while it was essentially cooked to death," Prosecutor John Laluk reportedly told the court.
The two 16-year-old boys from Camrose, Alberta, pleaded guilty to breaking and entering, theft and causing pain to an animal. Both were sentenced to 100 hours of community service and one had to give up his family dog.
.
Mad Izatie said...
When I hear about people microwaving animals for kicks... it makes me wonder... is humanity worth saving? I hope those two idiots get what they deserve.
.
What about this one?
Mom Intentionally Cooked Baby in Microwave
.
Store Robbed by Man in Wheelchair
A robber rolled into a Dallas convenience store came armed with a bat and a knife. He left with a lot of condoms and an energy drink.
Dallas police Cpl. Kevin Janse said Friday that a man in a wheelchair entered a Dallas 7-Eleven Wednesday afternoon, rolled straight toward the cash register and beat it with a baseball bat until it opened.
But he didn't grab any cash. Instead, police say he stole 10 boxes of condoms and an energy drink before making his getaway.
.
Mom Says Britney Spears Began Her Not So Innocent Life Early On.
Britney Spears was not so innocent long before Justin Timberlake, according to her mother.
In a tell-all book, Spears' mother, Lynne, says her daughter lost her virginity to a high school football player when she was 14.
Lynne Spears, 53, also says Britney began drinking when she was a 13-year-old and began experimenting with drugs at 15.
By age 16, Britney was caught with cocaine and marijuana on a private jet, Lynn Spears claims.
The book, "Through the Storm: A Real Story of Fame and Family in a Tabloid World," is set for release Sept. 16, but the U.K.'s Sun published excerpts on Thursday.
.
Imagine That
Divorce papers reveals that a wife spends more money on herself then rest of her family
Thousands of dollars spent on clothing, grooming and vacations are among the average monthly expenses for Hulk Hogan's wife, according to financial affidavits filed in the couple's impending divorce case near Tampa.
Linda Bollea's monthly expenses include $7,258 on clothing; $1,318 on grooming; $6,100 on vacations, the documents state. Hogan, whose real name is Terry Bollea, spends $102 on clothing by comparison, and more than $38,000 on legal and accounting fees.
The couple disagrees over Hogan's net worth; Hogan claims it is $32 million, while his wife, Linda, claims it is $26.7 million. Meanwhile, their son Nick is serving an eight-month jail sentence for causing a traffic crash that left a passenger permanently disabled.
Posted by The Man at 9/06/2008 1 comment: