This guy agrees to get punched.
He regrets it.

These people truly are the dumbest of the dumb.
.
Mad Izatie said...
I felt a wave of pain watching the pole jumper getting hit in the nuts.
Posted by The Man at 7/25/2008 No comments:

Some people have no class.

Look at his tie, it is so yester-year 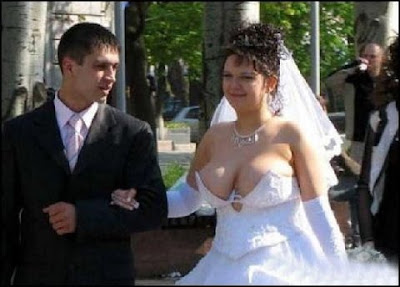 Looks like wearing moms wedding dress wasn't a good idea.
.
I Zack will take these two to be mine.
.
Stripper getting married at a church.
.
Thanks RICHARD
.
Ed said...
Damn.
I thought my wife was hanging out of her top, at our wedding.
.
Posted by The Man at 7/25/2008 No comments:

Every once in a while in life...

You run into a genius with a true talent! 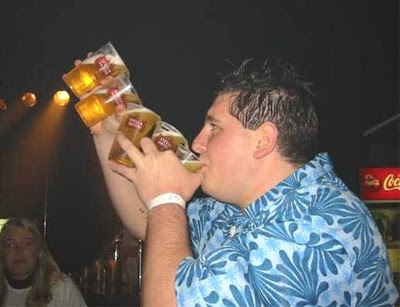 THINGS THAT ARE DIFFICULT TO SAY WHEN DRUNK:
1. Innovative
2. Preliminary
3. Proliferation
4. Cinnamon
.
THINGS THAT ARE VERY DIFFICULT TO SAY WHEN DRUNK:
1. Specificity
2. Anti-constitutionality
3. Passive-aggressive disorder
4. Trans substantiate
.
THINGS THAT ARE DOWNRIGHT IMPOSSIBLE TO SAY WHEN DRUNK:
1. No thanks, I'm married.
2. Nope, no more booze for me!
3. Sorry, but you're not really my type.
4. Taco Bell? No thanks, I'm not hungry.
5. Good evening, officer. Isn't it lovely out tonight?
6. Oh, I couldn't! No one wants to hear me sing karaoke.
7. I'm not interested in fighting you.
8. Thank you, but I won't make any attempt to dance, I have no coordination. I'd hate to look like a fool!
9. Where is the nearest bathroom? I refuse to pee in this parking lot or on the side of the road.
10. I must be going home now, as I have to work in the morning.
.
And...
It finally happened ... 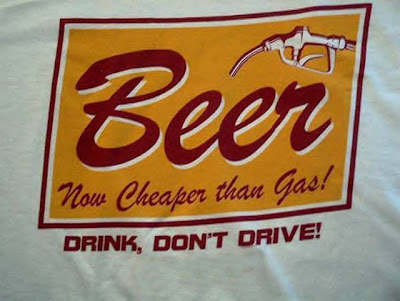 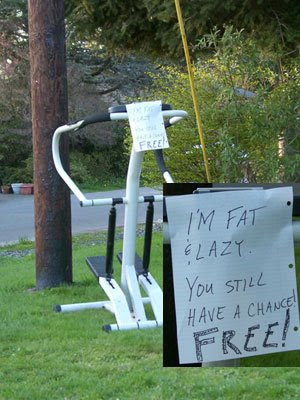 Must Be A Lot Of Fat And Lazy People Because It’s Still There.

For certain SB&P readers, you know who you are - NSFW

Instructions for EXTRA EXTRA Small Condoms
Posted by The Man at 7/25/2008 No comments:

Ex-Astronaut: Aliens Are Real and NASA Knows It
Former NASA astronaut and moon-walker Dr. Edgar Mitchell — a veteran of the Apollo 14 mission — claims aliens exist.
He says extraterrestrials have visited Earth on several occasions — but the alien contact has been repeatedly covered up by governments for six decades.
Mitchell, 77, said during a radio interview in Birmingham, England, that sources at NASA who had had contact with aliens described the beings as "little people who look strange to us."
He said supposedly real-life ET's were similar to the traditional image of a "small gray" — short, slight frame, large eyes and large head.
Mitchell also claimed human technology is "not nearly as sophisticated" as the aliens' and "had they been hostile," he warned "we would be been gone by now."
.
Dr Edgar Mitchell Claims Alien Contact Cover-up

.
Plane Dives 20,000 Feet After Hole Ripped Mid-Air in Fuselage
Passengers aboard a jumbo jet from London describe an 'absolutely terrifying' ordeal after a dramatic mid-air rupture to the plane's fuselage sends it diving 20,000 feet.
A Qantas flight en route to Australia from London made an emergency stop in Manila on Friday after a loud bang punched a hole in the Boeing 747-400's fuselage, officials and passengers said.
There were no injuries, but some of the 345 passengers vomited after disembarking, said Manila International Airport Authority deputy manager for operations Octavio Lina.
PICTURE and More
.
Man Stole Miami-Dade Buses, Drove Them On Routes
Police have arrested an 18-year-old man accused of stealing at least three county buses and driving them on their routes.
James L. Harris is charged with three counts each of third-degree grand theft and burglary of an occupied conveyance,
According to Miami-Dade police, Harris would take the buses from several Miami-Dade Transit bus depots in the county and drive the buses on their routes, picking up and dropping off passengers along the way. He would then return the buses at the end of the day.
Police said Harris didn't raise any suspicion because he was dressed like a Miami-Dade Transit employee. Police said he also didn't steal any bus fare.
PICTURE and More
.
Rock, Paper, Scissors....Lifesaver
A brother and sister used the game of Rock, Paper, Scissors to decide who would donate a kidney and dramatically improve another brother's life.Matthew and Naomi Gardner were asked by a doctor which one would be prepared to go under the knife after Nathan, 30, collapsed from chronic renal failure. He was faced with the prospect of being connected to a dialysis machine unless a suitable donor could be found.
As they sat in Accident and Emergency with their brother in intensive care the duo could only think of one way of deciding. Without hesitation they both took part in a best of five series of the playground game, the loser becoming the donor.
.
Cop fined $35 for illegal parking
A Portland, Ore., judge has fined a police officer $35 after he parked his patrol car in a no-parking zone while he ate at a restaurant.
Traffic Court Judge Terry Hannon found the police officer guilty of breaking parking laws after attorney Eric Bryant filed a citizen's complaint about the illegally parked patrol car,
The officer left his patrol car in the no-parking zone while he dined at a Japanese restaurant. However, he said he was required to hand down a guilty verdict because the letter of the law was violated.
Portland police leaders said they are preparing a proposal for the city council that would make an exception for officers to park in no-parking zones to eat or use restroom facilities provided no legal parking is available and the car does not present a danger to public safety.
.
Cops are not above the law and are not entitled to any special privileges.
They are suppose to set the example, this includes all traffic rules
Posted by The Man at 7/25/2008 No comments: