What Happens When A Squirrel Gets In A House? 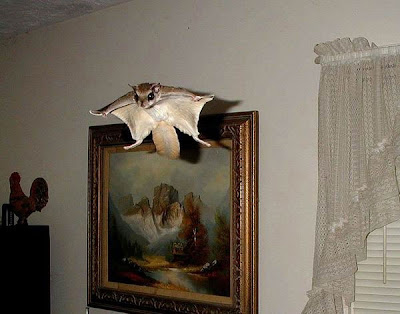 Just thought this was quite amusing.
Especially the one holding the cam, with a squirrel running loose in someone’s house and wrecking everything as it tries to get out.

When you run out of money 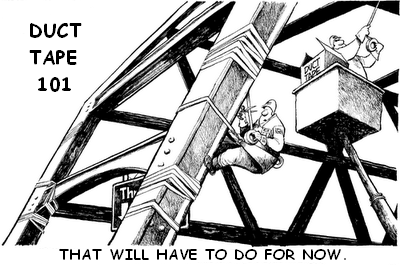 WE STILL NEED A LOTS AND LOTS OF MONEY TO DO THE JOB RIGHT.
GET OFF YOUR LAZY ASS AND DO YOUR JOB RIGHT.
Posted by The Man at 8/13/2007 No comments: 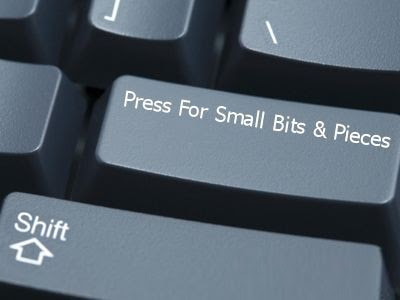 You know the neighborhood is going to hell when……………… 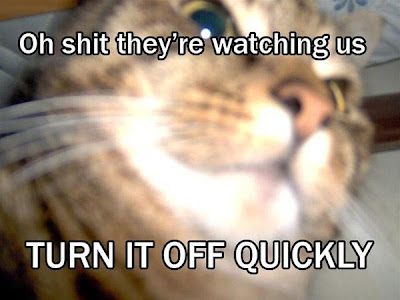 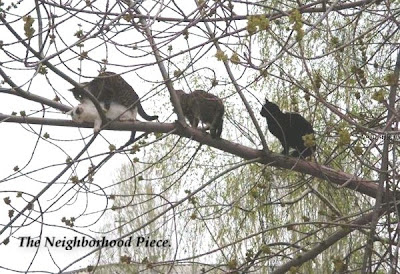 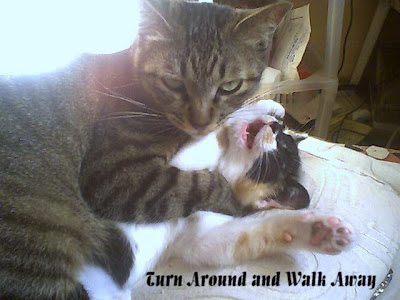 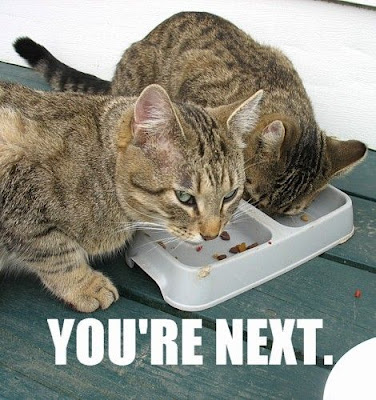 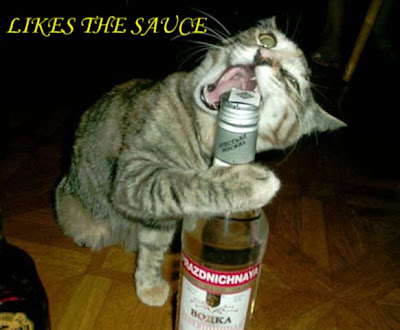 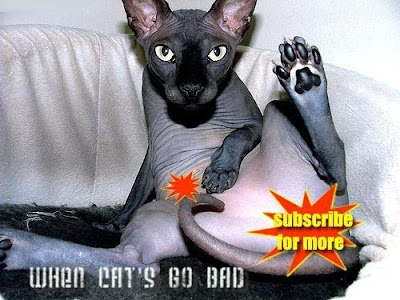 Even Cops gets caught on camera 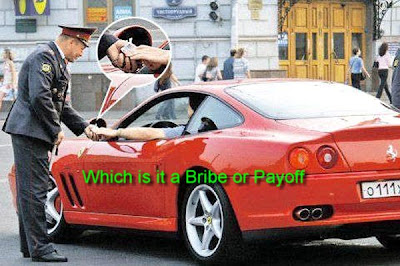 Abusive police caught on their own traffic camera
Two policemen are facing disciplinary action after being caught on their in-car traffic camera making abusive comments about members of the public. The insulting outbursts by PCs Robert Topliss and Adrian Wootton were recorded as they cruised through Lincolnshire in an unmarked police car, while on the lookout for speeding motorists.
Without realizing they were taping themselves, the traffic officers chatted about wanting to have sex with a girl they had just passed, accused their bosses of being "lazy" and discussed how they themselves should be promoted.
The embarrassing tape only came to light when motorist James Chinn, 28, appealed against losing his license for driving without due care and attention. He had been caught speeding on the same in-car camera as he overtook the officers in the village of Gosberton, interrupting their discussion. When Mr Chinn's appeal against his sentence reached court, the barrister for the Crown Prosecution Service had her request rejected that the video be played without sound. Laura Pitman told Recorder Paul Mann QC: "Your Honor, in respect of the video recording, I was proposing to play it with the sound turned down - the reason being that the language used by the officers is inappropriate.The video was then played, including the foul-mouthed exchange between Topliss and Wootton.
Posted by The Man at 8/13/2007 No comments:

Dude is suing McDonald's over cheese.

A man, his mother and friend are suing McDonald's for $10 million.
The man says he bit into a hamburger and had a severe allergic reaction to the cheese melted on it. Jeromy Jackson, who is in his early 20s, says he clearly ordered two Quarter Pounders without cheese at the McDonald's restaurant in Star City before heading to Clarksburg.
His mother Trela Jackson and friend Andrew Ellifritz are parties to the lawsuit because they say they risked their lives rushing Jeromy to the hospital. The lawsuit alleges Jeromy "was only moments from death" or serious injury by the time he reached the hospital.
» Read the full article here
BLOGGER'S NOTE:
Anyone that has allergic reaction's knows that he or she has to make sure themselves that they don't have anything that would cause harm to them.
It doesn't matter if it's food or medication it is up to the individual to make sure they don't have any and not to the person selling or giving it to them.
For the mother and friend they just want to get some easy money since ambulance's with paramedics usually can administer help faster then driving someone to a hospital.
Posted by The Man at 8/13/2007 2 comments:

Labels: Food, In The News, Not Using Their Brain

Penn and Teller “The Truth About Bottled Water”

Man grew cannabis to combat genital itch
A man has been shown leniency after explaining he was growing cannabis to use the drug to tackle a genital itch. Gregor Spalding admitted cultivating the drug at his home in Blairgowrie. The court was told his "amateurish attempt" to cultivate cannabis was provoked by chronic pain he had suffered for three years. Spalding said prescription medicine had failed to tackle pain caused by constant itching around his genitals. He had decided to try using the drug as a painkiller, after reading about it on the internet, and wanted to grow cannabis himself, instead of buying it from a drug dealer. His doctor wrote a letter to the court confirming Spalding had suffered chronic pain from an itching condition known as pruritus for three years. Sentence was deferred for six months for Spalding to be of good behavior. He was assured that if he maintained this he would be treated "leniently".
Posted by The Man at 8/13/2007 No comments: