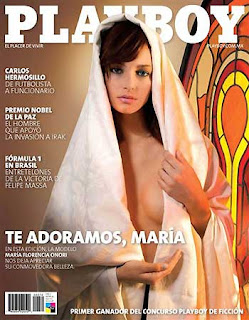 .
Model Maria Florencia Onori poses for the December issue, which was released a day before the traditional Day of the Virgin of Guadalupe.
Playboy has got into the Christmas spirit — by putting the Virgin Mary nude on its Mexican cover.
The controversial magazine's latest festive offering was released Thursday.
The December issue features model Maria Florencia Onori posing as the Virgin wearing nothing but an angelic white cloth.
The release was timed for the day before Mexico's traditional Day of the Virgin of Guadalupe, a celebration of an apparition of the Virgin in the town.
Its headline reads in Spanish: "We adore you, Mary."
.
.
Anonymous said...
Descargue la revista y a mi no se me hace tan escandalosas esas fotos, si no juzguen por ustedes mismos haber que opinan, pueden descargar esa publicación entrando a sitio web
.
Posted by The Man at 12/13/2008 No comments: 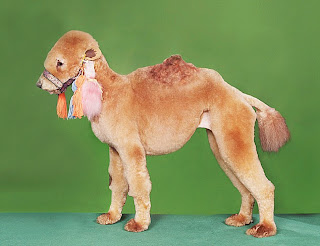 The hump: It took two hours for Cindy the poodle to be transformed into this camel. 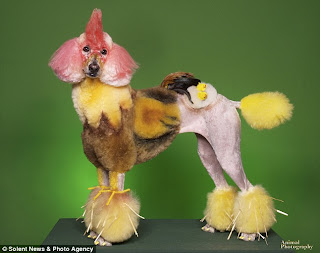 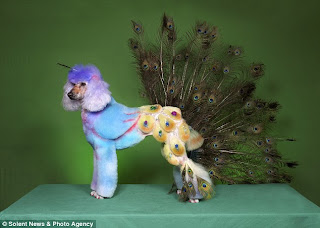 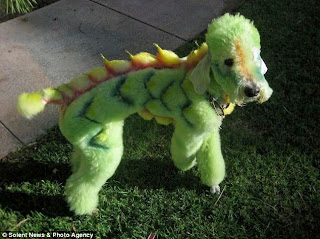 Barking: Cindy as a dragon. She sits perfectly still for more than two hours while the transformation takes place.
.
Posted by The Man at 12/13/2008 No comments:

Students pulled off a huge toilet paper prank in a back to school stunt.
If you were in the area and had to go, there was definitely something to wipe your ass with.
.
.
Posted by The Man at 12/13/2008 No comments:

How do you impress girls? 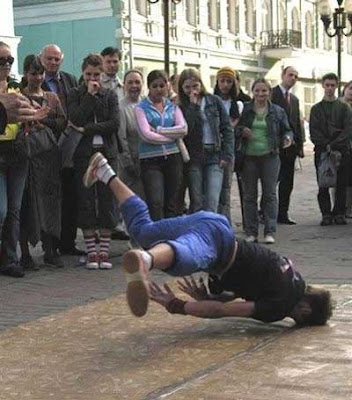