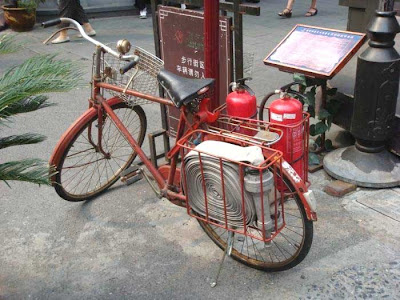 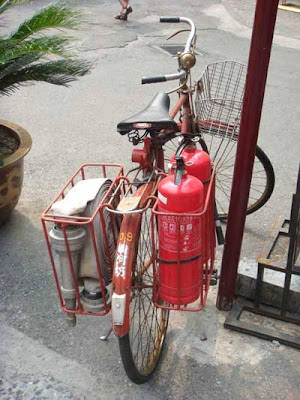 The mystery is over 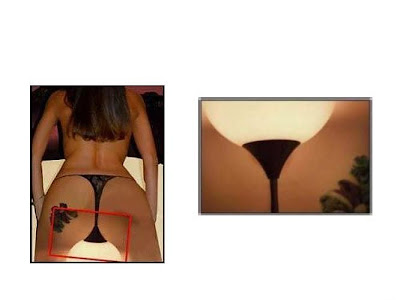 For the morning after 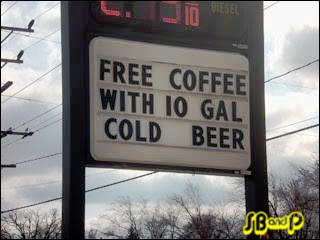 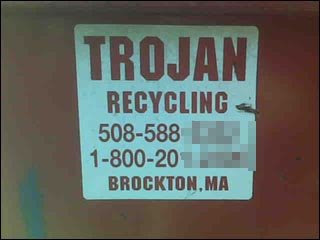 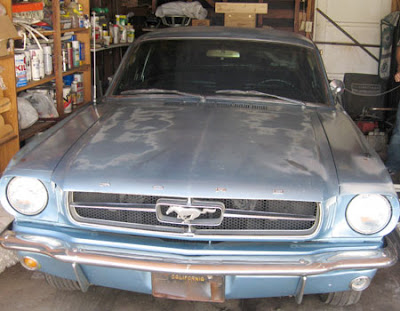 After 37 years a Los Angeles man may finally get his stolen Mustang back.
Eugene Brakke was recently told by the San Diego Police Department auto theft unit that his 1965 Mustang was found in their city, the San Diego Union-Tribune reported.
In 1970 Brakke reported it stolen and filed a report with the Burbank Police Department, the newspaper reported.
Police told the newspaper that a San Diego woman was given the Mustang as a high school graduation gift from her father in 1970. When she recently tried to sell it, she learned it was stolen. But, according to the woman, it is unclear if Brakke wants to car back, because he told her it is "just not the same." 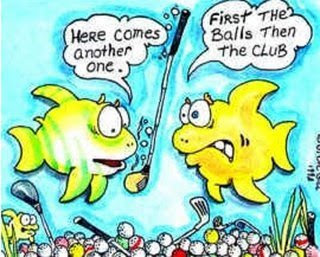 Steve was teeing off from the men's tee.
He realized that his wife, Cindy, was teeing up on the woman's tee directly in front of him.
Unable to stop his swing, he nailed it, and hit her directly in the temple, killing her instantly.
A few days later, Vern got a call from the coroner regarding her autopsy.
Coroner:" Vern, your wife seemed to have died from blunt force trauma to the head.
You said you hit a golf ball and hit her in the temple, is that correct?"
Vern: "Yes, sir, that's correct."
Coroner: "I also found a golf ball wedged up her ass."
Vern: "Was it a Titleist 3?"
Coroner: "Yes, it was."
Vern: "That was my provisional."
Posted by The Man at 3/21/2008 No comments:

Weird shit from the archives

Mail Carrier Accused Of Stealing Identity
OVIEDO, Fla. -- A Seminole County postal worker faces federal charges after allegedly stealing the identity of someone on her mail route in order to pay her own bills.
Prosecutors said Marsha Dailey, 42, told them a credit card fell out of an open letter, so she wrote down the number and started paying her own bills -- such as those for water and cell phone service.
The inspector’s general office said the victim noticed the charges and reported them to the credit card company, who in turn reported it to police.
.
Workers Told to Use Urine Bags
DENVER (AP) - Union officials in Colorado say a Qwest supervisor tried to cut down on lengthy bathroom breaks by telling workmen to use disposable urinal bags in the field.
The manager distributed the bags to 25 male field technicians, telling them not to waste time leaving a job site to search for a public bathroom.
.
Feeding ducks sparks police hunt
A couple who went to feed ducks sparked a six-hour underwater search after reports a baby had been thrown into the canal - only for a fire crew to find it was bread. Police were called to the canal in Ashton under Lyne after nearby mill workers reported a bag had been thrown in the water, prompting fears it contained a baby.
.
Dying Man's Identity Stolen At Hospital
ALTAMONTE SPRINGS, Fla. -- Thieves stole the identity of a dying cancer patient and then took his money out of Altamonte Springs ATMs. The crimes were captured on surveillance camera.
CLOSE-UP LOOK: See The Persons Of Interest Caught On Camera
.
Cops Handcuffed Bride At Wedding
GERING, Neb. (AP) - Instead of a wedding ring, one Scottsbluff bride found herself in handcuffs. Scotts Bluff County deputies arrested 31-year-old Dianne Carnes on Tuesday afternoon, just after her courthouse wedding was to have started.
Her offense? Officials say a day earlier, Carnes threatened a woman who served on the jury of her felony driving under license suspension trial. Prosecutors say Carnes was caught driving last year while her license was suspended for a drunken driving conviction. Carnes was found guilty of driving under suspension Monday.
Officials say an arrest warrant was issued Monday for Carnes after she threatened the juror.
Meanwhile, Carnes had called a county clerk to schedule her wedding for the next day, and was arrested in front of her wedding party when she showed up for the ceremony.
.
Naked Female Driver Crashes Car
SHAMOKIN DAM, Pa. (AP) -- Police say a 64-year-old Perry County woman was naked and driving on the wrong side of the road when she crashed into another vehicle.
Shamokin Dam police say charges are pending against Susan Shuman of New Buffalo. Police didn't immediately explain why she was driving naked at about 9 a.m. Thursday.
.
Boy Dragged by School Bus
State police say a 9-year-old Lawrence County boy is fine after being dragged about two-tenths of a mile after his backpack bag got caught in a school bus door.
Police are not releasing the boy's name, but say he was treated for scrapes to his right forearm at Jameson Hospital in New Castle.
Police say the driver pulled away after the boy got off the bus but his backpack stuck in the door.
Police say the boy was dragged to the next stop. The driver, 44-year-old Scott Kaufman of New Castle, has been cited for careless driving.
Posted by The Man at 3/21/2008 No comments: