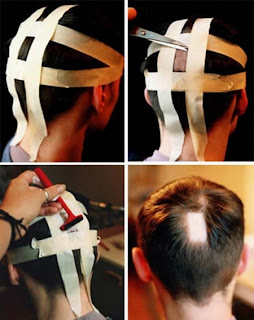 While entering an apartment this is what was found at the door. 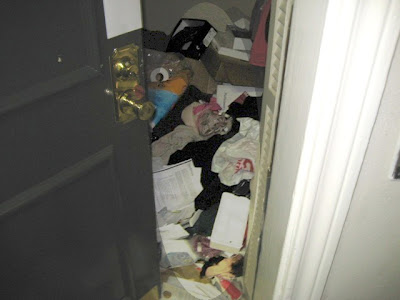 When You’re No Longer A Bad Ass Biker 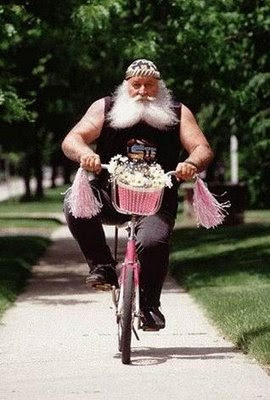 rusty said...
That is the best thing I have ever seen lmao!

rich said...
I guess with the price of gas he can only afford to ride the Harley on the weekend!

While Islamic women is a controversial issue,
here’s how some Arab girls have fun. 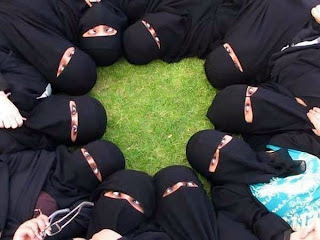 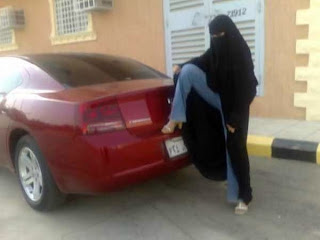 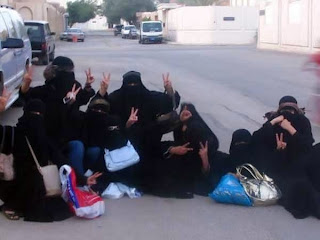 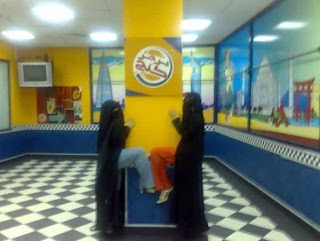 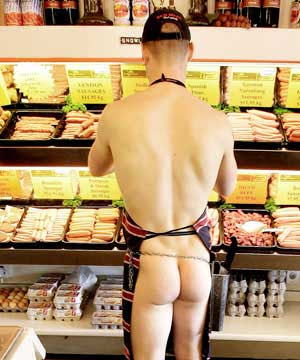 Prime beefcake: butcher Ryan Mornin was caught in the raw (meat section) at Peter Timbs Meats in Christchurch on World Nude Day.
Christchurch butcher-in-the-buff Ryan Mornin, 26, celebrated World Nude Day yesterday amongst the mince and tenderloins at Peter Timbs Meats in Edgeware.
Mornin, who said he had always been comfortable in his own skin, put up with a lot of double-entendre meat-based jokes in response to his nudity.
"I heard it all," he said. "I got things like, `watch out which sausage you bag up' and `be careful what meat you slice'. Customers know it's just a bit of a laugh."
Mornin said he left the shop only once to visit the bakery next door. He was careful not to walk too fast in case a breeze lifted his apron. He would have been unable to get his knickers in a knot had that happened.
Posted by The Man at 9/21/2008 No comments:

Illinois woman accused of bartending in the buff
Here's a tip: Bartending nude can get you arrested.
Sheriff's deputies doing a routine check this week at a southern Illinois bar say they discovered a not-so-routine sight.
Authorities said that 33-year-old Janet Brannon was naked while serving bar patrons at the Cabin Tavern in Delhi. Brannon was arrested and charged with misdemeanor public indecency. She was freed on $8,000 bond.
.
Deputies nab bank robber in ten minutes flat
A man who went through three tellers before robbing a bank was caught within ten minutes Friday when deputies spotted him in the taxi he hired as a getaway car, the sheriff's office said.
Gordon Ritchie, 55, was charged with one count of robbery. He complained of chest pains and was taken to the hospital and remains there under guard.
Detectives say Ritchie called a cab to take him to the Wachovia branch at 1483 Main Street. He asked the cabbie to wait while he went inside to cash a check.
Ritchie gave a teller a demand note, but she told him she was assigned to the drive-thru window and had no access to cash. He went to a second teller, who told him her window was closed. He gave his note to a third teller. While she was complying, other employees were calling 911.
Ritchie left the bank and fled in the cab. Ten minutes later, deputies spotted and stopped the cab at Keene Road and Beltrees Street, recovering the demand note and the stolen money.
.
Posted by The Man at 9/21/2008 No comments: