Driver Juggling 2 Phones Crashes Into Pool
Man Was Texting On 1, Talking On The Other
Police say a Buffalo-area tow truck driver was juggling two cell phones — texting on one and talking on another — when he slammed into a car and crashed into a swimming pool. Niagara County sheriff's deputies say 25-year-old Nicholas Sparks of Burt admitted he was texting and talking when his flatbed truck hit the car Wednesday morning in Lockport.
The truck then crashed through a fence and sideswiped a house before rolling front-end first into an in-ground pool.
The 68-year-old woman driving the car suffered head injuries and was in good condition. Her 8-year-old niece suffered minor injuries.
Sparks was charged with reckless driving, talking on a cell phone and following too closely. It couldn't be determined Thursday morning if he has a lawyer.
.
Underweight India team told to eat at least 15 eggs a day
India's unfancied rugby sevens side must bulk up if they hope to make an impact at next year's Commonwealth Games, eating seven meals and at least 15 eggs a day, the country's South African coach said on Friday.
"I have told them (his players) they must eat at least 15 eggs a day, six for breakfast and the remaining nine any time, any how, during the day," the country's South African coach Norman Laker told the Telegraph newspaper on Friday.
"The players have three meals a day and that's not enough. In South Africa, elite rugby players have seven meals a day."
India is rated a lowly 83rd out of the 95 teams in the International Rugby Board rankings which are currently headed by South Africa.
"Indian players weigh 72-77 kg on an average whereas the international players weigh between 88 and 100 kg. That is the weight difference you have to make up," Laker said ahead of the team's departure to South Africa for a training stint.
India is hosting the Commonwealth Games in October 2010.
.
Student Ordered to Pay $675,000 for Illegal Downloads
A federal jury on Friday ordered a Boston University graduate student who admitted illegally downloading and sharing music online to pay $675,000 to four record labels.
Joel Tenenbaum, of Providence, R.I., admitted in court that he downloaded and distributed 30 songs. The only issue for the jury to decide was how much in damages to award the record labels.
Under federal law, the recording companies were entitled to $750 to $30,000 per infringement. But the law allows as much as $150,000 per track if the jury finds the infringements were willful. The maximum jurors could have awarded in Tenenbaum's case was $4.5 million.
Jurors ordered Tenenbaum to pay $22,500 for each incident of copyright infringement, effectively finding that his actions were willful. The attorney for the 25-year-old student had asked the jury earlier Friday to "send a message" to the music industry by awarding only minimal damages.
Tenenbaum said he was thankful that the case wasn't in the millions and contrasted the significance of his fine with the maximum.
"That to me sends a message of 'We considered your side with some legitimacy,"' he said. "$4.5 million would have been, 'We don't buy it at all."'
He added he will file for bankruptcy if the verdict stands.
Last month, a federal jury in Minneapolis ruled that Jammie Thomas-Rasset, 32, must pay $1.92 million, or $80,000 on each of 24 songs, after concluding she willfully violated the copyrights on those tunes.
.
Posted by The Man at 8/01/2009 No comments:

Amy Wolfe is a girl afflicted with the mental illness "objectum sexual (OS)" in which she literally falls in love with inanimate objects, such as this amusement park ride.
.
Amy Wolfe kisses the object of her desire and desires to have sex with it. 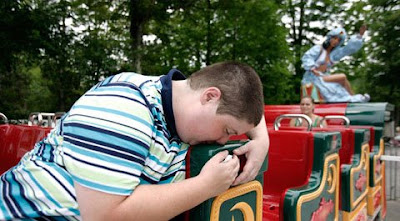 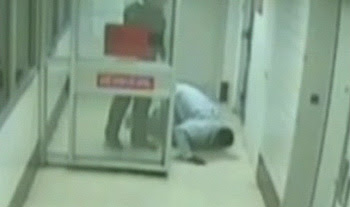 Hundreds Of Babies Thrown From Building For Good Health

That time of the year again in
India for throwing your baby of a tall building.
.
Posted by The Man at 8/01/2009 2 comments:

Car thief beaten mercilessly in Bangalore after being caught trying to steal a car stereo.
.
.
Posted by The Man at 8/01/2009 1 comment:

Man Charged With Having Sex With Horse Again

A South Carolina man was arrested for having sex with a horse after police say the animal's owner caught him on surveillance camera.
The man is already on the state's sex offender for having sex with the same horse.
.
.
Posted by The Man at 8/01/2009 No comments:

This is Jennifer, a cow born with two heads but only one brain. 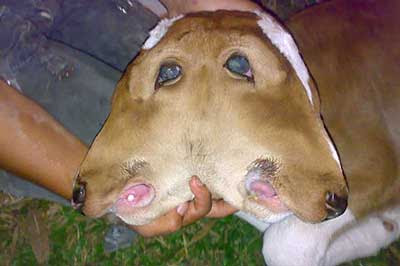 The owner of the farm where the calf was born said that Jennifer has two heads but only one brain, and cannot stand on her own due to the weight of her extra head. The farm's caretaker, Alejandro Leyva, has therefore built a special brace to hold her upright, and even admitted that he and his family massage her daily to give her some sense of movement through her muscles.
.
.
Posted by The Man at 8/01/2009 No comments: