Kid Gets Humiliated On Camera 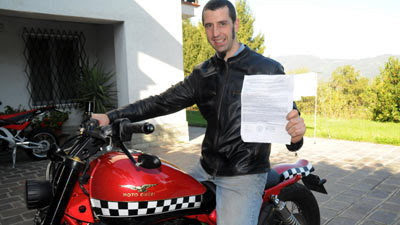 An Italian motorcyclist is appealing after he lost his license when speed cameras clocked him at an impossible 383 mph.
Paolo Turina, 26 - who also copped a £200 fine - claims the speed camera was clearly so defective the charge should never have been brought.
"If I could go that fast I'd enter my bike in the MotoGP world championships. Valentino Rossi would not stand a chance. What did they think they were clocking - a jet fighter?" asked Mr Turina, of Cernusco Lombardone.
"If the court rules the fine will stand then I'm going to send it to the Guinness Book of Records - after all if the court says its true then I should get the credit for this remarkable feat."
Police claim the camera was working perfectly but said they suspected bungling staff botched the charge paperwork.
The appeal court has not yet made a decision on the case.
.
Posted by The Man at 11/04/2009 3 comments: 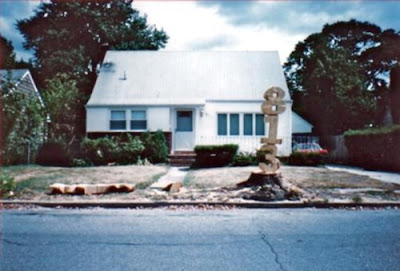 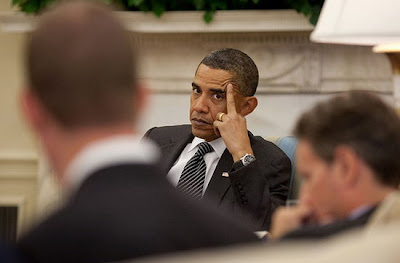 Colorado Man Stabs Self to Miss Work
Police in the Denver suburb of Edgewater say a man stabbed himself, and then said he was attacked by three men dressed in black who were either Hispanic or skinheads, in a ploy to miss work.
Twenty-nine-year-old Aaron Siebers was arrested after police say he admitted making up the assault and said he was responsible for the knife wound to his leg and other superficial cuts on his body. He faces charges of false reporting and obstructing a police officer.
Police say Siebers reported the attack Monday to the video store where he works. The reported assault drew five police agencies to the scene, along with K-9 units.
Police spokesman Steve Davis says Siebers admitted the story was a lie after repeated questioning from detectives.
.
Cat was denied from visiting man in jail
A Buddhist bank robber has had his request for his cat to have visiting rights to him in jail turned down by a court – despite his plea that it is the reincarnation of his mother.
Buddhists believe that people come back as other animals He said: "I know it is mommy. She looks after me just the way she did. I need tafter death.o see her like other prisoners see their wives and children."
But the court turned him down. "While we respect the religious freedom of individuals, the accused has not been able to furnish proof that his deceased mother has been reborn in a cat. Therefore, the request for visiting rights for the feline is rejected."
The court did say he would be allowed to write to the cat.
.
Colorado ski town legalizes pot
The Colorado ski town of Breckenridge has voted overwhelmingly to legalize marijuana.
Early returns Tuesday night showed the proposal winning with 72 percent of the vote. The measure would allow adults over 21 to have up to 1 ounce of marijuana.
The measure is largely symbolic because pot possession remains a state crime for people without medical clearance. But supporters said they wanted to send a message to local law enforcement to stop busting small-time pot smokers.
The vote comes as communities nationwide are struggling with how to enforce pot laws at a time when medical marijuana has surged in popularity.
.
Diamond ring dropped into trick-or-treater’s bag
A Halloween trick or treater in Terrace Park, Ohio may have gotten a bigger treat than expected - a diamond ring.
A woman in suburban Cincinnati thinks she may have lost her wedding ring when she was tossing candy into trick or treaters' bags on Halloween.
Elizabeth Olson says she had the ring enlarged and thinks it may have slipped off her finger when she was throwing candy into the bags, buckets and pillowcases.
Olson is asking people to keep an eye out for the ring and to return it to her if they find it.
.
Posted by The Man at 11/04/2009 No comments: 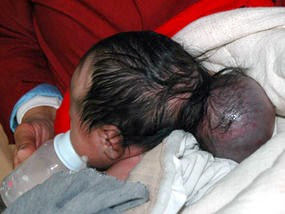 Doctors are caring for a two-headed baby dumped in an irrigation ditch by his mother.
Police in Hanzhuang, central China, found the hours-old infant after reports of a baby crying in the middle of the night.
Doctors say the abandoned tot has one fully formed head and another smaller head with only partially formed features.
The second head includes eyes, a nose, mouth and ears but has no body.
Carer Yuan Xianrong - in charge of the baby's well-being until his mom is found - said: "He is completely healthy except for his two heads. It's too early to talk about surgery yet.
"But it is amazing that he survived after being dumped in the ditch. It was filled with rubbish and mud and old water.
"When officers picked him up they at first did not realize he had the defamation and thought it was just rubbish stuck to the child - then they realized that the baby had the deformation and took him straight to the hospital."
Local officials are still searching for the mother.
.
Posted by The Man at 11/04/2009 No comments:

But for everyday use is seems to be too risky.