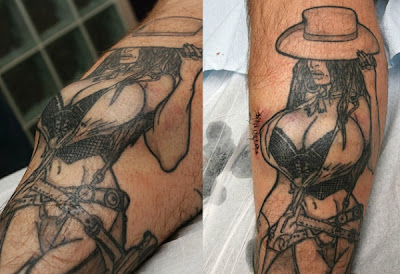 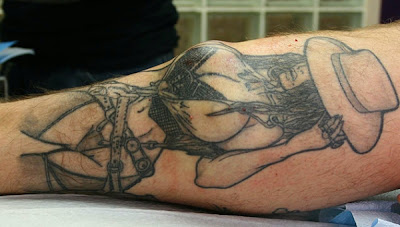 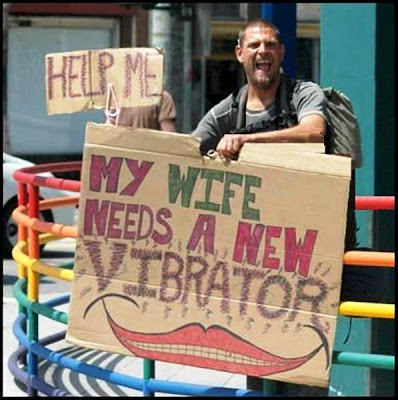 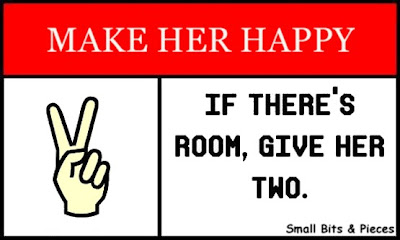 This is one of those "DO NOT TRY THIS DUMBASS" 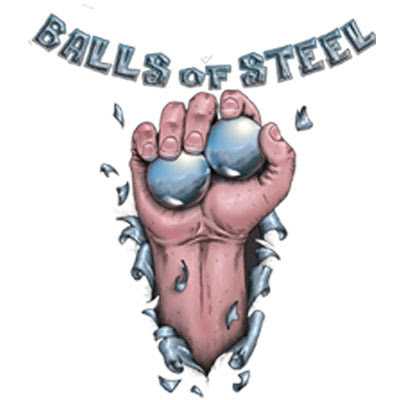 Working on power cables carrying more than half a million volts
Like A Bird On A Wire
.
.
About This Video
A clip from a documentary entitled 'Straight Up... (more)
Posted by The Man at 12/22/2007 No comments:

Are You Thinking "GREEN" 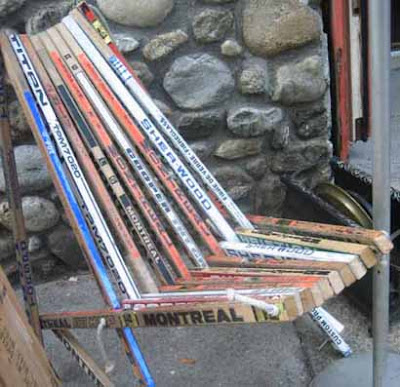 A man gives his unsuspecting wife a nasty surprise

Why "Toilets" are funny to most people 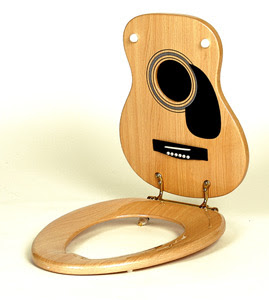 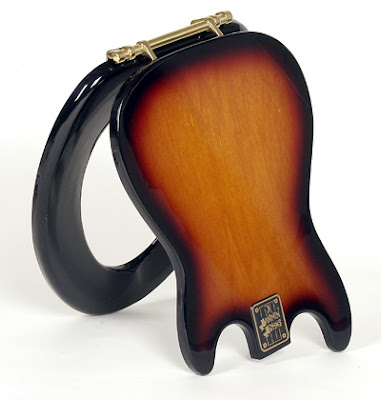 .
.
Strange Toilets
A collection of very strange and funny toilets
Posted by The Man at 12/22/2007 No comments:

A Cow Jumping Over Bicycles!? I Don’t Believe It

That was all she wanted for Christmas....... 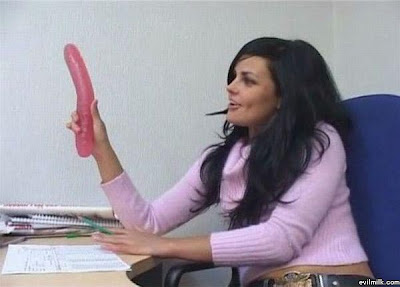 What happens when you're a "DUMBASS" 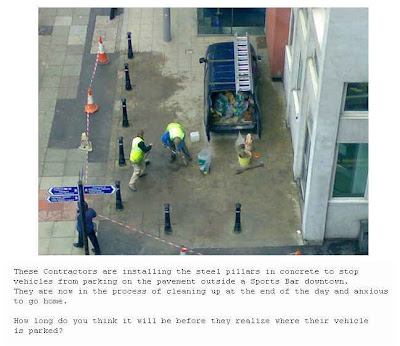 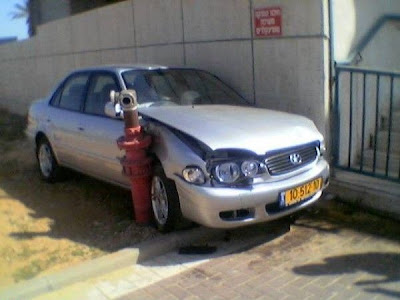 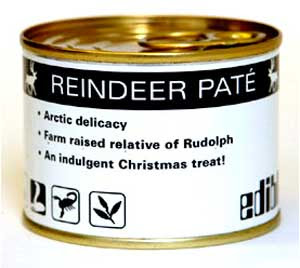 A farm raised relative of Rudolph.

ARCTIC DELICACY
FARM RAISED RELATIVE OF RUDOLPH
AN INDULGENT WINTER TREAT!
.
A pate made from select cuts of Swedish Arctic Reindeer meat, cognac and spices.
Delicious served on hot buttered toast with a glass of brandy!

Why you may not find Wii's for Christmas 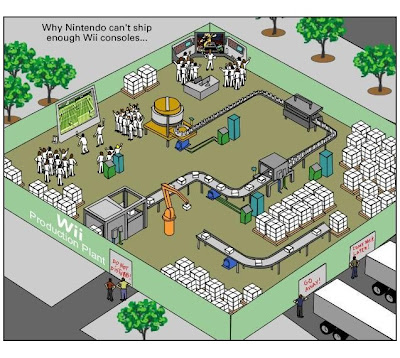 Snow Spoils Robber's Clean Getaway
A man who robbed a Dunkin' Donuts store proved himself something of a dunce - by leaving his clear footprints in the snow.
The robber, wearing a black woolen ski mask, held up the Massachusetts store in the early hours of yesterday morning.
Click Here To Read More

Pair Spared Jail For Catching Teenage Intruder And Dangling Him...
All James Wall wanted to do was to take a last photo of his car, which was due to be crushed.
But slipping unannounced into the car pound in the early hours probably wasn't the best thing the 17-year-old could have done. He was caught by staff - who decided to "teach him a lesson" by tying his hands and legs and then leaving him to dangle upside down from the arms of a forklift.
Click Here To Read More

Couple May Have 40-Year Honeymoon Wait
An Ohio couple married this week could have to wait nearly 40 years for their honeymoon -- he's headed for prison.
Aretha Thomas and Antonio Harris of Lincoln Heights were married Wednesday in a Hamilton County courtroom since Harris is in jail facing 38 years in prison on drug-trafficking charges, the Cincinnati Enquirer reported Thursday.
Click Here To Read More

Customer Finds $5,200 in Reebok Sneaker
VERO BEACH, Fla. (AP) - A customer looking for a size 10 pair of sneakers at the Indian River Mall ended up with much more than he expected. The unidentified man found more than $5,200 in cash inside a black Reebok shoe he was trying on Tuesday, according to an Indian River County Sheriff's Office report.
The store's accounting department did not find money missing from its safe. Employees believe the shoes had been purchased and returned, The Stuart News reported.
The money has been turned over to authorities.
---
Information from: The Stuart News, http://www.tcpalm.com

School Bus Driver Allegedly Asks Decoy for Sex
DETROIT (AP) - A Detroit school bus driver taking children to class is accused of trying to buy sex from an undercover officer posing as a streetwalker. Wayne County Sheriff Warren Evans didn't identify the 30-year-old driver.
Evans said the man stopped twice Wednesday to talk with the officer posing as a prostitute. The first time he had one child aboard and the second time he had four children, ages 5 to 9 on the bus.
The sheriff said the driver gave the officer a paper with his phone number and told her he wanted to rendezvous after delivering the children. Instead, deputies arrested him and delivered the children themselves to McKenny Elementary School.

Man, 60, Sues Boy, 8, Over Ski Collision
VAIL, Colo. (AP) - A 60-year-old man is taking an 8-year-old boy and his dad to court, claiming the boy caused a ski-slope collision that left the older man with a shoulder injury.
David J. Pfahler of Allentown, Pa., sued in federal court in Denver, claiming Scott Swimm, then 7, was skiing fast and recklessly when they collided in January, the Vail Daily reported Thursday.
The suit claims Pfahler suffered a torn shoulder tendon and seeks compensation for physical therapy, vacation time, nursing and medical services provided by Pfahler's wife, and other expenses. It estimates the couple's losses at more than $75,000.
Scott's father, Robb Swimm, said that he saw the crash and that Scott was skiing slowly and in control.
Scott's mother, Susan Swimm, said her son weighs 48 pounds and couldn't have been going more than 10 mph.
"Who in the world sues a child?" she said. "It just boggles my mind every day."

Police Arrest 2 Cops For Keeping Confiscated Drugs
Undercover Officer's Wire Recordings Led To Arrests
NEW YORK (CBS) ― Two NYPD narcotics officers were arrested Wednesday for doing the opposite of what they were hired to do - the men are accused of pocketing drugs they were supposed to keep off the street. The officers were arrested and arraigned Wednesday evening. Prosecutors said the duo recovered 28 bags of cocaine in a September drug raid, but handed over only 17. The remaining 11 bags are still missing. Johnstone and Alvarez have been accused of intentionally keeping the drugs. The officers have been charged with falsifying records, offering a false instrument, and official misconduct. Johnstone and Alvarez were released without bail, and will be back in court on February 6th. Investigators are trying to determine where the whereabouts of the missing cocaine.
Posted by The Man at 12/22/2007 No comments: