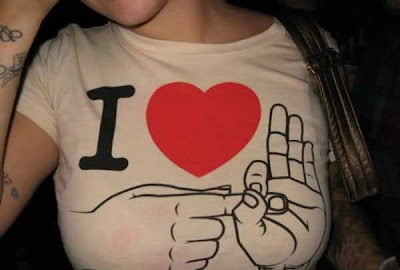 The Penis Restaurant Has Come To The U.S.A.

The Guolizhang Restaurant in Beijing. There are four franchises in the city alone, and the chain is expanding. There’s one in Atlanta, Georgia, in the Chinatown. 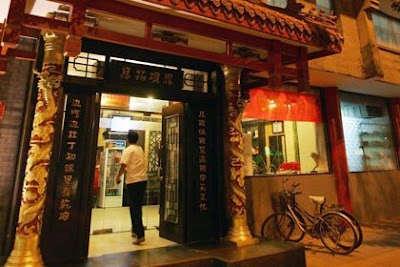 The Guolizhang menu is a broad introduction to the medical benefits of eating animal penises and testicles. The restaurant offers more than 30 types of animal penises served in a Chinese hotpot style which can cost from 500 yuan up to 90,000 yuan. And for very special guests there’s a list of others. According to the theory of traditional Chinese medicine, the penis of certain animals is full of nutrients which give men energy. And because it contains gelatine albumen, it is said to have excellent cosmetic effects for women, especially beneficial for the skin. 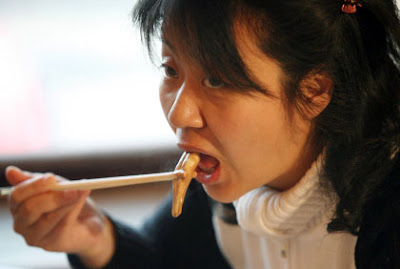 OX penises help manliness. They’re cut along the side and shaped into little stars.
.
The Yak penis is served with a dragon. One Yak penis costs $33.50.
.
A platter of OX and Dog penises. The consistency and taste is of overly bitter rings of calamari, apparently. This dish costs $23.50.
.
The penises are often dipped in soy or hot sauce. For women, eating penises is supposed to be good for the skin.
.
At the Guolizhang restaurant, customers can even order deer and sheep fetuses. For Chinese guests, eating the sexual organs is not a test of courage, but rather a treatment for the libido.
Posted by The Man at 11/02/2008 No comments:

.....To Freeze His or Hers Ass to use this Toilet? 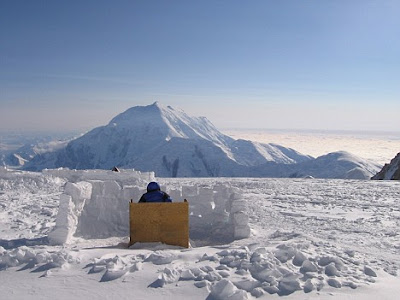 I wonder if there's a problem with people reading while sitting?
.
No Need For A Air Freshener

A Reporter tries to file a report about soldiers burning MARIJUANA in an open field but the smoke starts to mess him up ( He Gets Stoned ).
. 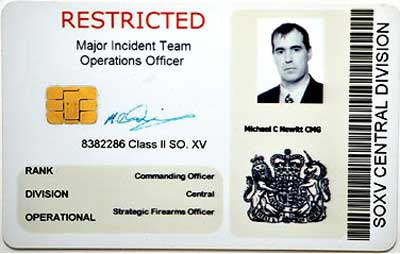 A fantasist was jailed for two years today after conning police into thinking he was a James Bond-style secret agent.
Michael Newitt, 41, was sentenced at Leicester Crown Court for impersonating a police officer and possessing fake ID cards, replica guns and articles of police uniform.
Newitt arrived at Hinckley police station, in Leicestershire, claiming that he was "Commander Newitt" of the Metropolitan Police.
The father-of-five said he was on a counter-terrorism operation in the county and tricked an officer into giving him a new pocket book.
Newitt’s fake ID documents were carried in a leather wallet emblazoned with a crown. The letters CMG - standing for a high-ranking award fictitiously presented to James Bond in the story From Russia with Love - were printed after his name.

Man Stuck To Toilet
A 35-year-old man has been taken to hospital stuck to a public toilet after a prankster covered the seat with glue.
The stainless steel lavatory was removed from the cubicle with the man still attached.
An ambulance crew and a rapid response vehicle attended the scene, but failed to free him.
An ambulance service spokesman explained: "The man was using the facilities when he became stuck on the seat. It appears as though someone had left glue on it.
"Despite best efforts it was not possible to remove the 35-year-old local man from his position.
"So, with the help of a local authority and the fire and rescue service, the man was removed from the cubicle still attached to the stainless steel toilet."
He was taken to hospital where a doctor used special chemicals to free him while he was inside the ambulance.
"He appeared to be none the worse for his ordeal other than being understandably somewhat embarrassed," the spokesman said.
.
Beer Burglars Busted
Omaha Police arrested three teenagers for burglary early Friday morning, helped by a trail of beer cans to a nearby home.
Officers investigating a robbery at G's Mini Mart at 16th and Fort noticed the door had been pried open and inside a pack of cigarettes on the floor behind the counter. Near the cooler they found a piece of the handle from a case of Bud Light.
Missing from the cooler were two cases of Busch Light and a case each of Bud Light and Keystone beer. A search outside the convenience store turned up a can of cold Bud Light. Officers followed a trail of full beer cans to a nearby house. Inside, they found beer and a crowbar.
Eighteen-year-old’s Mickey Mangan and Kyle Wilson were arrested for burglary and possession of burglary tools. A 16-year-old was also arrested on the same charges. His name was not disclosed due to his age.
.
FLORIDA NEWS
.
Clerk accused of grabbing woman's breast
A woman apparently wanted to buy a few items at a convenience store drive-through.
The clerk apparently wanted to give her more than she paid for.
That could explain why the clerk leaned inside a customer's car, kissed the woman and grabbed her breasts, as reported by Local 6 news.
The clerk then said "very nice" and asked the woman for her address and phone number.
The woman filed a complaint with DeLand police, and the clerk will be charged with battery, according to the cop report.
Evidently, she didn't find it "very nice."
.
Victoria's Secret thief makes off with over 100 bras
The bra bandit is back.
This time around more than 100 bras vanished, reports tcpalm news.
Someone snatched them from Victoria's Secret at the Indian River Mall in Indian River County.
The theft, worth $4,500, follows at least three other large shoplifting incidents this year.
This one happened while the clerk was helping serveral customers in the back.
If anyone knows something about the abundance of missing bras, one thing is certain. The cops could use your support.
.
Dancer: "He grabbed my breast"
Let's review the rules again.
At a strip club, you can look. But not touch.
Nonetheless, cops removed a guy from a Fort Walton Beach "gentleman's club" for his hands-on way doing things.
A Club 10 dancer complained that he grabbed her breast while giving her a tip.
She said she was on her back, accepting a tip from another customer, when the man grabbed her breast and squeezed it.
She said she pushed his hand away and her hand made contact with his face.
Club bosses called the Okaloosa County Sheriff's Office to have him removed from the club.
The 20-year-old told the cops he'd "been having a good time doing the normal thing," when he held a tip out to a dancer's "breast area." He denied touching anyone.
The cop noted that he seemed intoxicated and no wonder he'd been at the club for five hours.
.
Posted by The Man at 11/02/2008 No comments: