A 24-year-old Milwaukee man faces multiple charges after getting involved in a crash, and fleeing the scene, riding on the roof of a car, and being arrested at gunpoint. The pullover and arrest were caught on dashcam video. When a driver slowed down to avoid hitting the man, the man grabbed the passenger side of the vehicle and attempted to enter it. The man jumped onto the roof of the car and held onto the luggage rack; the entire time trying to get into the vehicle by kicking and punching the sunroof. While traveling at full freeway speed, the man was eventually able to break a small window by the rear passenger door. A River Hills police officer stopped the vehicle near Mequon Road, ordered the 24-year-old man off the vehicle at gunpoint, and arrested him with help from Bayside officer. The man faces charges of reckless driving, hit-and-run misdemeanor, operating while intoxicated, criminal damage to property and felony recklessly endangering safety. Video Here
Posted by The Man at 3/30/2011 No comments: 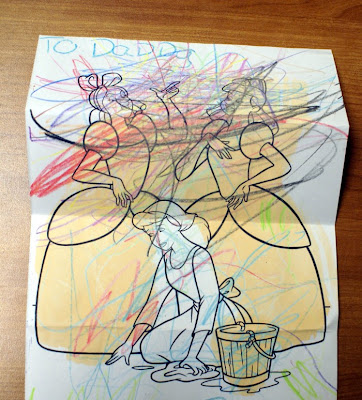 Disney-character coloring books arriving at the Cape May County Correctional Center and addressed “To Daddy” in a child’s handwriting were saturated with a narcotic drug as part of a smuggling operation, authorities said. Two inmates at the correctional center, a state prison inmate and two others were charged with distribution of a controlled substance after they allegedly turned Suboxone, a prescription drug designed to treat opioid addiction, into a paste. The paste was then painted onto children’s pictures and sent through inmate mail. The arrests were the result of a two-month investigation that began when Corrections Officer Richard Harron Jr. developed a source who alerted him to the smuggling. As a result, corrections officers began watching the mail for the contraband, Shaffer said. An officer in the mailroom, William Coombs Sr., had found coloring book pages with what he called “an orangey substance blotted on the page.” More Photos
Posted by The Man at 3/30/2011 No comments:

A drunk woman admits to drinking and driving

Authorities in Alliance, Ohio says a woman was seen driving over several objects along the road and Alliance police said after they pulled her over, they ended up arresting her for drunken driving. It happened over the weekend, and police posted a dashcam video on their Facebook page. The video showed Nancy Bodo trying to recite the alphabet. Police said after her sobriety test, the woman later admitted to drinking alcohol and taking prescription pills. They suspended her license and also cited her for having an open beer can in her car. Video Here
Posted by The Man at 3/30/2011 No comments:

Obese man sat in chair for 2 years without moving

Authorities in Bellaire, Ohio said a man is fighting for his life after he had to be cut out of his house. The 43-year-old morbidly obese man sat in a chair for two years without moving. His skin was apparently bonded to the chair with urine and feces. To get the chair outside; they had to remove a section of the house to get him out. The chair was very filthy (grimaces) a lot of odor to it. Going in the house, the house was not clean. The living room where the man lived in his chair was very filthy, very deplorable. Some officers said it’s the worst thing they ever responded to. One officer even threw away his uniform.
Posted by The Man at 3/30/2011 3 comments:

Moment of madness by a tycoon who shot a burglar alarm 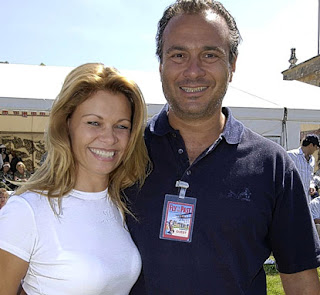 A multi-millionaire used a shotgun to silence a neighbors' burglar alarm next door to his £10 million St John's Wood home. Peter Shalson, 54, said to be worth £175 million after selling his coat hanger and packaging business, was speaking outside Southwark crown court where he was spared prison. He said: "This incident was a moment of irrationality. It happened during a period when I was under extreme business stress." Shalson was furious that the alarm was ringing incessantly while his neighbors Norman and Cindy Dawood were away. He said his wife Polly had been kept awake for hours. He took a shotgun from his collection and fired two shots at the alarm box on the wall. He then forced his way inside through their French doors and smashed the device. He sent his neighbors a text message stating: "All quiet now." When the damage was discovered he initially lied about using a shotgun but finally owned up. Shalson admitted having a shotgun with intent to commit criminal damage and damaging property. Judge John Price ruled that he did not deserve a prison sentence and ordered him to do 200 hours community service and pay £520 in court costs.
Posted by The Man at 3/30/2011 No comments: