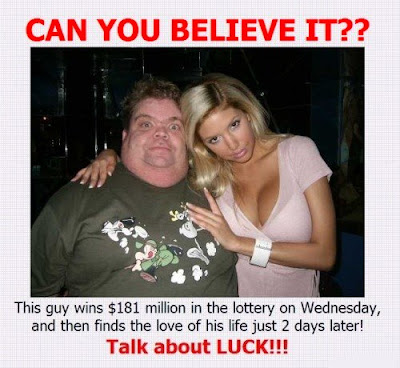 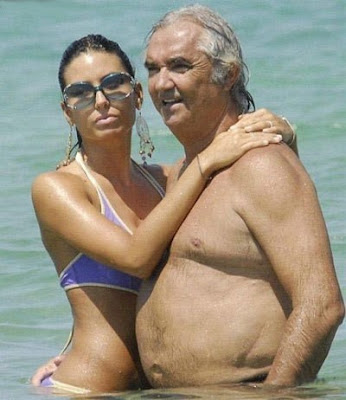 Cops being above the law 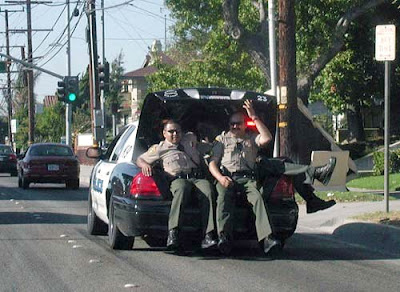 I’ve been fingered out over my disability 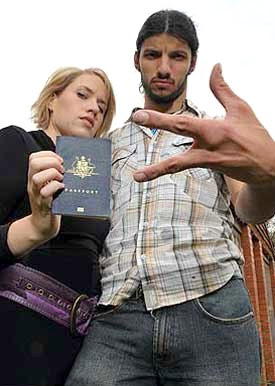 .
.
A tourist yesterday claimed British immigration officials suspected he was a criminal because he has two missing fingers.
Winston Chamberlain, 27, was stopped at Heathrow Airport over a minor visa problem.
But he says a Customs official saw his hand which has had three digits since birth — and suggested it was a punishment dished out by crooks. He said: "She implied I was dodgy. I was treated like scum."
Winston was held for seven hours with fiancee Kristi Harris, 27.
The couple, from Melbourne, were due to wed in Gretna Green. But they didn’t have a marriage visa.
UK Border Agency officials said correct procedure was followed.
.
Posted by The Man at 3/29/2009 1 comment:

This Week in Unnecessary Censorship
.
How Not to Break Your Penis
.
Posted by The Man at 3/29/2009 No comments:

Pranksters brick up friend's front door
A group of pranksters blocked up their friend's front door with a brick wall as payback for a previous practical joke.
.
.
Leigh Black began plotting his revenge after his friend Dave Pearce sneaked into his house while he was away and rearranged all of his furniture.
In retaliation, when Mr Pearce went away on holiday to Thailand, Mr Black teamed up with friends Shannon Sellick, Jason Giovanni and Si Orr, to build a brick wall across his front door.
The friends, all from Bridgwater, Somerset, filmed their caper from start to finish and have now posted the footage on the video sharing website.
Mr Sellick said: "When Leigh went away a few weeks ago Dave got in his house and swapped everything upstairs with everything downstairs and was there waiting for him when he got back. "So we decided to get our revenge and when Dave went away to Thailand for a few days last week we built a brick wall over his front door as a nice surprise and were there waiting for him when he got back."
Despite being heavily jet-lagged after his flight home from Thailand, Mr Pearce saw the funny side of the prank and managed to knock the wall down.
.
Posted by The Man at 3/29/2009 2 comments:

Labels: In The News, Pranks, Video's

House Of Filth: Nearly 100 Cats Found In NJ Home
SPCA Officials Stunned After 2 Feet Of Feces Found In Room Of House Located In Million-Dollar Community
Officers Say It's One Of The Worst Cases Ever Reported
One New Jersey SPCA official said it was probably the worst case he's ever seen. Nearly 100 cats and one dog were found Thursday living in a home in a million-dollar neighborhood in Morris County. SPCA spokesman Matthew Stanton said there was 2 feet of feces in one room of the home on Farm Road in Chester Township. Investigators wore masks to help them breathe through the stench of urine, Stanton said. "The conditions were absolutely horrific - there wasn't one inch of the house that wasn't covered in feces or urine," SPCA Lt. Rick Yocum says. "There were three foot piles of feces in the hallways."
.
Prisoners Babysit Boy Found on Highway
A prison work crew baby-sat a 2 1/2-year-old boy who was spotted Friday running along the center lines of a rural Maryland highway, with trucks loaded with gravel rumbling by, police and correctional officials said. The six minimum-security inmates shared their lunches with the toddler, who apparently wandered away from home, and played with him while authorities located the parents and investigated, said Correctional Officer Gary Kershner, who was overseeing the prisoners. "Me and my inmate crew, we just kind of baby-sat for the next three hours," Kershner said. "They were as much entertained by the child as he was by them." The boy was on Route 550 about two miles south of Woodsboro, not far from the Pennsylvania line, when a dump truck driver stopped to pluck him off the road shortly after 9 a.m..
.
Woman charged with indecent exposure
Police arrested a city woman on a charge of indecent exposure alleging she was collecting dog feces while naked from the waist down.
Susan Bell, 42, of 76 Manor Drive, was arrested Thursday after turning herself in on a warrant for the misdemeanor charge, said Police Sgt. Darrin Sargent. The charge alleges that on Feb. 28 at 6:20 a.m., Bell was pantless while picking up dog feces in a Manor Drive courtyard.
The charge is based on a neighbor complaint and the month lapse between the alleged incident and Bell’s arrest was due to an investigation into the allegation, said Sargent.
Following her arrest, Bell was released on her own recognizance and she has not yet been scheduled for an arraignment.
PICTURE
.
Woman plunged off 100ft cliff in car and walked away unhurt
A woman escaped virtually uninjured when she plunged over a 100ft cliff in her car while not wearing a seatbelt.
Barbara Tyreman, 60, of Eskdaleside, North Yorkshire, was leaving her home yesterday when she accidentally hit the accelerator of her Mini as she reached for her seatbelt. (I wonder if she will be FINED for not wearing a seat belt ?)
Cliff hanger: Earlier this week a BMW was inches from a 100ft drop after the driver followed his sat-nav onto a narrow path
As the grandmother of two swerved to avoid hitting another car, the car ‘flew’ over the edge of the cliff and came to rest 100ft below, wedged between two trees.
Firemen cut Mrs Tyreman free from the car and she was airlifted by helicopter to Scarborough Hospital, where she was X-rayed and given blood tests but later released with just a bruised arm.
Mrs Tyreman, who runs a holiday rentals firm, said: ‘My daughter and granddaughter were in a car in front of me and I didn’t want to hit them so I turned the car to the left and it flew – literally flew – over the cliff edge.
‘After I landed, I hadn’t banged my head, and my legs and arms and everything were still moving and I couldn’t believe it. I just don’t know how I’m alive.
‘I’m very lucky. My life flashed before my eyes.’
Earlier this week a shocked driver was facing a careless driving charge after his sat-nav left his BMW teetering on the edge of a cliff.
Robert Jones said he trusted the gadget and continued to follow its instructions, even when it took him up a steep, narrow footpath.
He only realized something was wrong when his car hit a fence and came to a stop just inches from a 100ft drop.
.
Posted by The Man at 3/29/2009 No comments: