Ways to be lazy 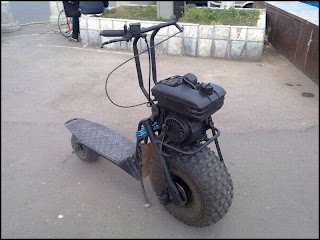 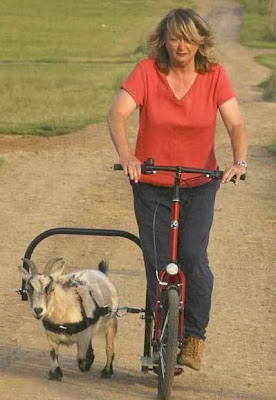 Ellen with her Hawaii Chair 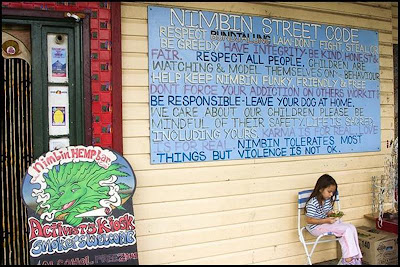 Man inhaled 28 cans of whipped cream at Wal-mart
A man was arrested after inhaling 28 cans of whipped cream at Destin Wal-Mart.
The 33-year-old man was observed by a loss prevention officer picking up, opening and sniffing the seven-ounce cans of whip cream, according to the arrest report.
Each can contained nitrous oxide, or laughing gas, and when inhaled will "induce a condition of intoxication."
The man was arrested for inhalation of harmful substance.
.
Pants-on-head knife raider hits petrol station
The robber was caught on camera - with pants on his head
Police have issued an appeal for information after a masked man armed with a carving knife carried out a robbery at a petrol station in Clacton. The incident happened at the London Road Garage in London Road on Tuesday at 10.50pm. A cashier was alone in the shop when a man - with his face covered by what is thought to be a pair of white underpants or boxer shorts - walked in, brandished a knife and demanded money.
He then grabbed the 36-year-old cashier and held him in a headlock while holding the knife at his back and forced him to open the till. The robber grabbed a three-figure sum of notes and ran from the shop in the direction of Knox Road. Det Sgt Kevin Cooper said: "This was a nasty incident in which the robber used force and threatened the cashier with a knife. The cashier was unharmed but obviously badly shaken.
"We want to hear from anyone with information about the robber or may have seen him lurking in the area before the attack or saw him running away."
The man was white, about 6ft, in his early 20s, of medium build and had short brown hair. He was wearing a black Adidas tracksuit with three white stripes and dark colored trainers.
PICTURE
.
Another weird news item out of Florida
A dead rat (or mouse) has been found inside a Diet Pepsi can by a Florida couple. Pepsi is saying the vermin crawled into the can after it was opened, but the couple insist it was in the can before they opened it.
PHOTOS
.
Posted by The Man at 7/30/2009 1 comment:

Most dogs are happy enough to be man's best friend, but those in need of a bit more "companionship" can now get their own sex doll.
The Doggie Lover Doll, made by PetSmiling, was unveiled at a pet industry convention in Brazil last week.
The company describes the product as: "A female canine manufactured in soft rubber with a silicon vagina and an easy to clean reservoir."
Its creator, PetSmiling owner Marcos Giroto, said he came up with the idea after noticing his own dog’s frustration.
"I had the idea to make this doll when my Maltese started to grab everybody’s legs," Mr Giroto said.
"I did some research and couldn’t find anything like it, anywhere in the world. (So) I decided to make it."
He said his own dog showed a "better quality of life" after being part of the product’s testing.
The sex dolls come in three different sizes and a tube of lubricant is included in ever sale.
The company says it has already received orders from dog owners in the US, Germany and Japan.
.
Posted by The Man at 7/30/2009 No comments:

Kids version of the 'Fast and the Furious'...

Kid hates going to church that much he steals a car
The Weber County Sheriff's Office has released dash-cam video of a 7-year-old boy who went to great lengths to get out of going to church. He took the family car and led police on a low-speed chase. The boy told deputies it was just too hot to go to church, so he went for a joyride. His parents had no idea their car and their child was missing. "People in the neighborhood are talking about this," said Weber County sheriff's Lt. Matthew Bell. A quiet Sunday morning in Plain City was disrupted by calls of an unusual, reckless driver. "They could tell there was a small, young driver in the car," Bell said. Deputies found the car near the local high school and tailed it for 10 blocks, all while the driver weave in traffic lanes and blew through stop signs. "The deputies at one time had pulled up kinda close to him on the side and could see it was a very small person driving the car," Bell said. Deputies say this dime-sized, delinquent driver maintained speeds up to 45 miles an hour even though he had some trouble reaching the pedals. "His speed was slow, but erratically; and so he would kind of scoot down lower to push on the gas and kinda sit up on the seat more to see right where he was going," Bell said. And where he went, was home. That's when deputies got a better look at who they were dealing with: a 7-year old boy whose feet were as quick as his caper. "Very unusual situation, very unusual. I mean, what can you say?" Bell said. Investigators say the boy is too young to charge with a crime. They just hope his parents keep a closer eye on him.
.
Sheriff releases chase video of 7-year-old driver
.
Posted by The Man at 7/30/2009 1 comment: