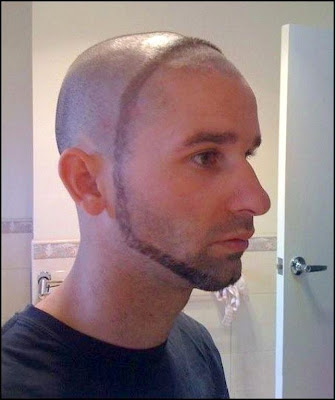 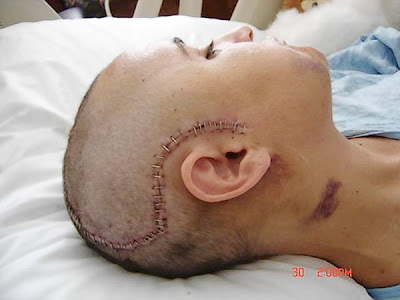 Chicago's finest release psycho attacker early after he did this to a woman -- all because she didn't give him a cigarette.
In the photo, Jennifer Hall sits beside her boyfriend, Joe Hoffman. Her hair cascaded down both sides of her face and her lips were parted in a half-smile. It was Aug. 25, 2008, her 36th birthday."My hair was down to my waist for 20 years," she said. "I woke up bald -- no teeth, 85 staples in my head -- out of a drug-induced coma.
"Two hours after the photo was taken, Hall and Hoffman were attacked by a homeless man, Derrick King, near Wabash Avenue and Roosevelt Road, after telling him they didn't have any cigarettes. King and a second person then beat, stomped and kicked Hall unconscious, she said.
When King, 48, pleaded guilty this October to two criminal charges in the attack and was sentenced to three years in prison, Hall and Hoffman thought he wouldn't be able to harm anyone else -- at least for a while.
But just 18 days after that plea, state records show, King was paroled as part of the early-release program that Gov. Pat Quinn on Wednesday called "a big mistake."
.
Posted by The Man at 1/04/2010 2 comments: 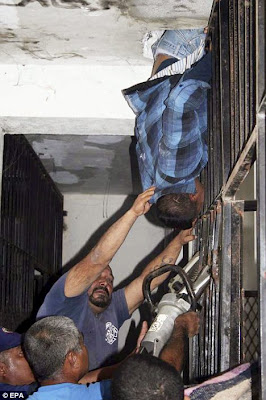 He was presumably hoping to kick of 2010 a free man on the run but it seems he forgot to meticulously plan his escape route.
Prisoner Roberto Carrillo attempted to flee his cell in a Mexican jail in Valle Hermoso on New Year's Eve.
The 42-year-old tried to squeeze himself between the gap between the roof of the prison and the bars of his cell.
Well and truly stuck: Prisoner Roberto Carillo had to be cut free by guards after trying to escape his Mexican jail cell on New Year's Eve.
But instead of sneaking through, he ended up completely stuck and hanging upside down.
He was forced to call for help and laughing guards came to his aid and cut him free using a chainsaw - before locking him up once again.
.
.
Journalism Fails:
Metal-cutting is not done with chainsaws; they need specialized blades and are unsafe for anybody nearby.
Clearly shown in the picture is a hydraulic jaw-spreader, or "The Jaws of Life" are standard equipment for fire/rescue services, used in just this way.
Metal cutting is commonly done with hacksaws, or for thin metal, jaw-cutters, abrasive disc cutters and oxy-acetylene. Chain saw? Never.
.
Posted by The Man at 1/04/2010 No comments: 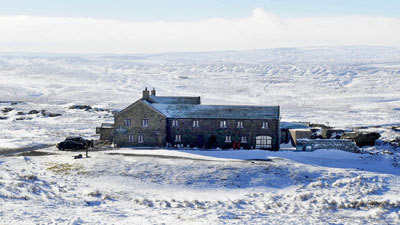 New Year's Eve revelers enjoyed a three day lock-in at Britain's highest pub after they were cut off by 8ft snowdrifts.
A group of 30 drank the Tan Hill Inn, North Yorkshire, almost dry after waking to a white-out on New Year's Day.
They were finally freed when snowplows finally reached the pub, which is at 1,732ft in the Yorkshire Dales.
.
Posted by The Man at 1/04/2010 No comments: