Holly Madison Naked on your iPhone 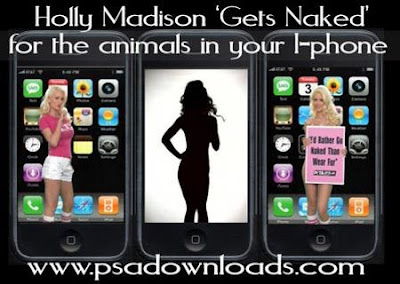 What would you say to having Holly Madison naked on your iPhone?
I’m hazarding a guess here, but I think all male readers will give a resounding YES PLEASE! Ladies, I’d say this is worth your while too actually, the video’s pretty cool and it’s based around her anti-fur ads she did a short while back. And what’s even more exciting is that the proceeds go to PETA, which will help in the fight against the cruel fur trade while jazzing up your iPhone at the same time. Download it here. 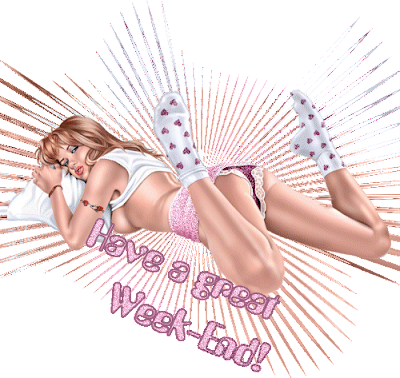 Tomorrow is also my Birthday
.
mightyattom said...
Happy Birthday Buddy!
Best wishes for a kick-ass year! ;)
Posted by The Man at 5/09/2008 1 comment: 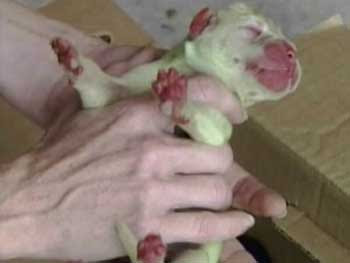 A puppy recently born in New Orleans, Louisiana is really standing out among his siblings, all because of his color. You could say this puppy is environmentally safe...he's green. The puppy was born last week and so far, he is perfectly healthy, just green. Veterinarians say this sometimes happens when the mother's amniotic fluid mixes with the placenta during birth and dyes the coat of the puppy. The puppy won't be green forever, veterinarians say in a few weeks, the green will fade away and the pup will be a light brown or white color.

Here one minute gone the next

Naked stranger on toilet asks to 'finish business' before arrest
OCALA — Lisa Bess could not figure out why the front door to her home on West Silver Springs Boulevard was locked and the key was missing Tuesday afternoon. She couldn't figure out why her bathroom door was locked and water was running. She called the police.
When Ocala police officers kicked open the door to her bathroom at about 5 p.m., she had her answer: A man had found the extra key outside, let himself in, picked out a new outfit of her clothes to wear and took a long hot shower. They found him sitting naked on the bathroom toilet.
"There was still a stench of my body lotion; actually, water was still draining from the bathtub," Bess said. "And he was refusing to get off the toilet until he finished doing his business."
Police arrested a man who later identified himself as Tom Wilkerson, 57, for trespassing. Ocala police Sgt. Angy Scroble said the man also identified himself as Antonio Wilson.
.
Convicted felon spent $3.2 million in 3 months
JEFFERSON COUNTY - Investigators are still shaking their heads over how 39-year old James Hartman spent $ 3.2 million on vehicles, cars and land in three months.
Hartman did it by using a photocopy of someone else's driver's license and a matching Social Security number, according to police. In June of 2006, James Hartman bought five vehicles from Christopher's Dodge World. On June 5, he bought a pickup truck for $48,000. On June 10, he bought another pickup truck for $49,000. On June 14, Hartman bought two Dodge Durango’s for $77,000. And on June 24, he bought a Dodge Viper for $94,000. In his May, June and July 2006 spending spree, Hartman signed agreements to buy five vehicles, two ATV’s, a toy hauler, two houses and mountain property, all totaling $3.2 million.
.
Money thief, who hid cash up bottom, busted
A bank robber who secreted the $2000 proceeds inside his anus was given away when police heard rustling noises and found the loot, a court was told.
Michael Geoffrey Linn, 36, unemployed, pleaded guilty in Alexandra District Court yesterday to robbing the BNZ bank in Cromwell, The Southland Times reported.
Police prosecutor Sergeant Tom Scoullar said Linn walked into the bank last month, pulled a balaclava over his face and demanded money.
He then drove to a lake, and tried to burn the clothes he had been wearing, using petrol and some papers from his car. But nearby construction workers spotted the fire and used shovels to save some of the papers - which had Linn's name and address on them.
Linn was arrested a short time later and claimed he had given the cash to an associate.
But police became suspicious when they heard a rustling noise coming from his bottom.
On further investigation they discovered a roll of cash protruding from his anus.
.
Volvo dealer ordered to compensate buyer for unsuitable sale
A court has ordered a Volvo dealer to pay £1,350 to a customer whose feet are too big to use the accelerator on his new car.
The judge in the German town of Wiesloch said the manufacturer should have catered for Michael Herzog's size 12 feet.
He went to court complaining the area around the accelerator of his new Volvo C70 coupe was too small to accommodate his feet.
The court ruled his feet were not abnormally large and the judge said the dealer should give the German five per cent off the price of his new car.
It is not known whether Herzog was offered a test drive in the C70 before purchase.
Herzog obtained a £1,350 refund to pay for a specially made pair of shoes that allowed him to squeeze his foot into the space.
He was also compensated for the time spent changing back into street shoes each time he got out of the car to meet clients.
Posted by The Man at 5/09/2008 No comments: