It always amazes me how people in Asia transport animals. 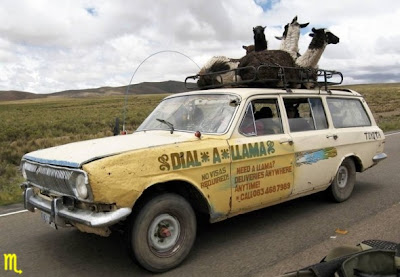 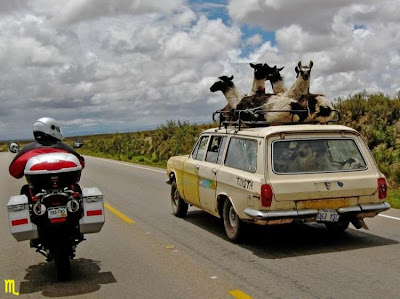 A.K.A. The Happy Face Spider 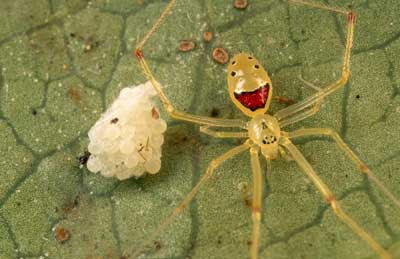 Found only on the islands of Oahu, Molokai, Maui, and Hawaii, the happy face spider.
Such as this one guarding its eggs on a leaf in Maui, is known for the unique patterns that decorate its pale abdomen. 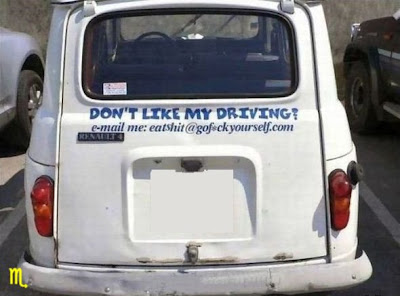 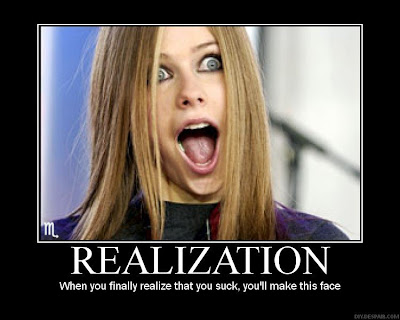 Anyone for a “Free Hug” 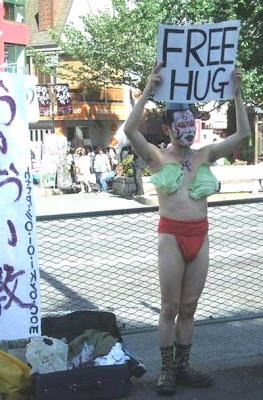 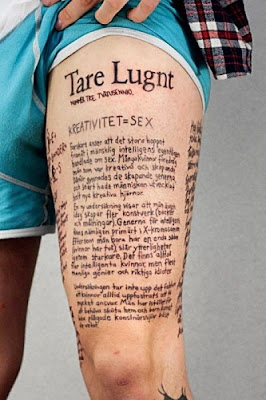 This is Drug Free America commercial that is DISTURBING to say the least.
.
.
Posted by The Man at 4/07/2009 No comments:

Job-hunters criticize 'demeaning' Easter egg hunt
Job-hunters have been asked to search for Easter eggs in the offices of a Job Center Plus contractor in London.
More than 150 unemployed people have been invited to look for 35 chocolate eggs hidden in the offices of the Skills Training Center UK in Southwark. Prizes include payment for a licence to work on building sites, vouchers to buy clothes for interview, and the chance to become a security guard.
But the egg hunt has been criticized by job-hunters, who see it as demeaning. According to Graham Barnes, who is looking for work, "Asking us to take part in an Easter egg hunt is humiliating. Some of us are not proud of signing on and this just rubs our face in it." Egg hunt organizer Catrina Lynch said of the event: "It is not meant in a demeaning way. It's going to be fun."
.
Police say man tortured girl after she found his porn
A Tampa, Florida man is behind bars after police say he tortured a 10-year-old relative because she found his stash of pornographic movies.
Tampa Police say they received an anonymous tip that 36-year-old Moslim Al Assadi tied the girl's hands behind her back and forced her into a partially filled bathtub where he dunked her head under water several times. The girl's siblings watched the incident. They said she turned blue while being dunked in the water.
Tampa police detectives along with child protection investigators went to the home Thursday and removed the victim and two other children.
Police say Al Assadi has been investigated on child abuse allegations two other times, but each time investigators cleared him of any wrongdoing. He is charged with aggravated child abuse.
.
Don't Get Between a Kid and His Ice Cream
A teacher's aide at a grammar school was seriously injured during a collision with an 8-year-old boy making a beeline for ice cream. Now the parents are being sued for damages because the aid, who needed spinal fusion surgery has been unable to return to work
A mad dash for ice cream at a Queens grammar school earned an 11-year-old boy more than a trip to the principal's office.
Rosanna Tomack, a former teacher's aide at PS 94 in Little Neck, is hauling little Joseph Cicack into court after the youngster barreled into her and knocked her down, injuring her bad back, according to a lawsuit filed in Queens Supreme Court.
Joseph, about 8 at the time of the May 2006 incident, is above the age when a child can be sued, said Edmond Chakmakian, Tomack's lawyer.
"It's a legitimate case," Chakmakian said. "It's not silly."
He said that the kids were specifically told not to run for ice cream, but that Joseph didn't follow the rules.
.
Police Arrest Man in Fishnet Tights
Lincoln police arrested a man in pink fishnet tights and woman's clothing after he tried to run from them.
Officer Katie Flood said police received a 911 call Saturday afternoon from a woman who saw William Kaluf wearing provocative woman's clothing at Wilderness Park with a 23 month old child.
When officers arrived they found Kaluf wearing pink fishnet tights, a bra and a revealing woman's top. Flood said he had his 23 month old son with him and pornography magazines and videos in his car.
While talking with Kaluf, officers found out he had a warrant for his arrest for driving under suspension and possession of stolen property but when they confronted him Flood said he drove away.
Officers followed him in a low speed chase, following all traffic laws to his home at 2901 S. 14th where they arrested him for driving under suspension, no proof of insurance, fleeing to avoid arrest, child neglect and possession of drug paraphernalia for a pipe he had with him.
.
Roman police find sewer children
Italian police have found more than 100 immigrants, including 24 Afghan children, living in the sewer system beneath railway stations in Rome.
The children range in age from 10 to 15 years and are now being looked after by the city's social services. They were found when the railway police followed up reports of children living near the city's stations.
The police say they do not speak Italian and broke into the sewers by removing manhole covers.
The charity Save the Children Italy says that more than 1,000 unaccompanied children arrived in Rome last year from various countries in Asia, Africa and Latin America.
Railway police had been following up reports that groups of homeless immigrants were living in unhygienic conditions in and around Rome's three main railway stations.
Police said the Afghan children appeared to have arrived in the Italian capital as stowaways on board trailer trucks arriving from Turkey and Greece.
.