Riding up Front in First Class 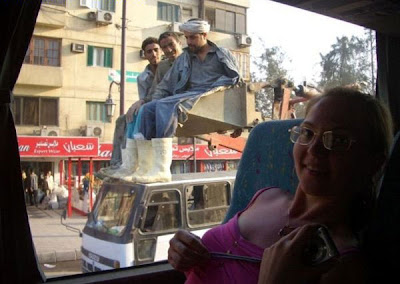 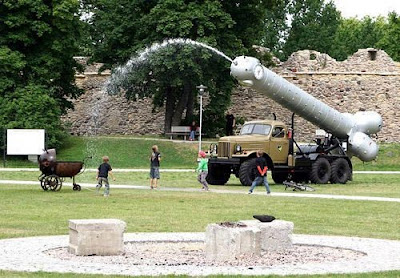 Use and Reuse Again and Again 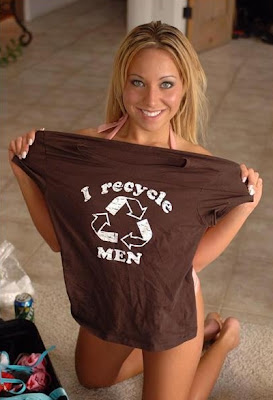 Yeah, I bet she does.
Please recycle me.
She’s hot but, screams for you to have a lot of money.
High Maintenance
Posted by The Man at 8/22/2007 No comments:

Men you never have to sleep alone anymore 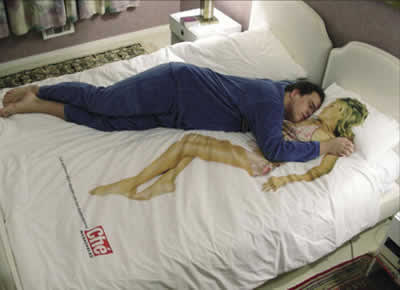 I thought girl's use socks stuff in their bra not basketballs 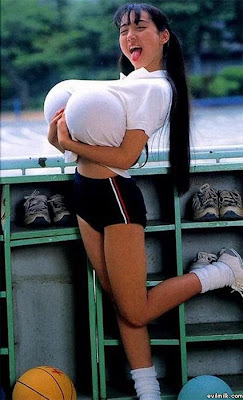 Use At Your Own Risk 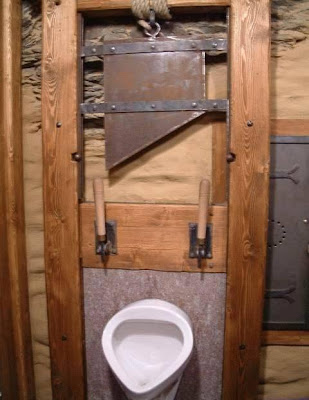 Man Says He Sorry But Robs Store Anyway - Twice
August 22, 2007
A man who apologized after robbing a Subway at gunpoint returned a week later for more money and again said he was sorry, police said.
During the first robbery, on Aug. 13, the robber apologized to the clerk, saying, "Sorry, I have to do this," and taking $600, police said.
Click Here To Read More


Technically Adept Thief Made One Big Mistake
August 22, 2007
He's not that dumb, but he's not that smart either.
That's what Sterling Heights police say about a man who caught himself on his own camera installing devices designed to capture information about ATM cards and their users.
Click Here To Read More


Will Criminals Ever Learn That You Can't Cheat Vegas?
August 22, 2007
I don't know about you, but I can't turn on the TV without finding at least one documentary on Las Vegas; most of them being about the security measures casinos have in place to catch criminals.
I guess greedy people do not watch these shows, because if they did, they wouldn't continue to do stupid things like, let's see... use counterfeit money in casinos!
Click Here To Read More


Van Was Rocking, Police Were Knocking
Aug 20, 2007
VAN BUREN, Ark. (AP) - Amorous behavior in a Taco Bell parking lot led to an arrest on Sunday night. Van Buren police received a number of calls about the activities of a couple inside a van in the restaurant's parking lot.
Police said officers found the couple "in a manner that was offensive to the public." Officers reported finding bags of marijuana in the van during a search.
James McCormick, 32, was cited for possession of marijuana.


Go Ahead, Drop Your Drawers
Aug 22, 2007
BRATTLEBORO, Vt. (AP) - Vermont's clothing-optional capital is stripping off its temporary ban on public nudity.
A month after passing the temporary ban, the Brattleboro Selectboard voted 3-2 on Tuesday to reject a proposed ordinance that would have made it permanent. When the emergency temporary ordinance expires next month, public nudity will no longer be illegal.
It's all about tolerance, one board member said.
"We in this country are going down a slippery slope these days," said Dora Bouboulis, noting a national newspaper recently published an article about the emergency ordinance under the headline "Tolerant town gets intolerant."
She said it wasn't up to the town to restrict anyone's right to dress or undress.
Before the vote, residents weighed in on both sides of the debate.
Michael Gauthier gave the Selectboard a petition with signatures of 967 people who support a nudity ban.
"What is the point, other than shock and awe, that the nudists are trying to make?" he asked.


Man's Gift to Wife Nets $1M Lotto Prize
Aug 21, 2007
WAKE FOREST, N.C. (AP) - The lottery ticket Hugo Esparragoza wrapped in a box and gave to his wife turned out to be worth $1 million, lottery officials said.
Esparragoza netted the prize from Saturday's Powerball drawing. He matched five of the numbers and opted to "Powerball" his prize, which allowed him to win five times the usual amount of $200,000. Esparragoza let the computer at Todd's Cash & Carry in Wake Forest pick the numbers.
After he realized the ticket was a winner, Esparragoza surprised his wife with the wrapped box and said "happy birthday," lottery officials said in a written statement Monday. The couple plan to invest the money and possibly take a vacation.
The Powerball jackpot increased to $245 million for Wednesday's drawing. It's the highest since the state lottery started offering the game last year.
North Carolina Education Lottery: http://www.nc-educationlottery.org/
Posted by The Man at 8/22/2007 No comments:

Did you know Missouri is the "Show Me State." 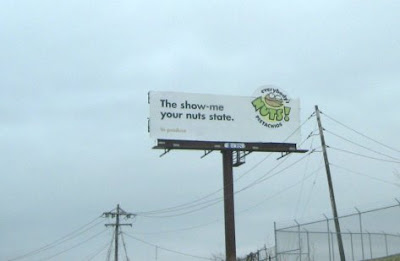 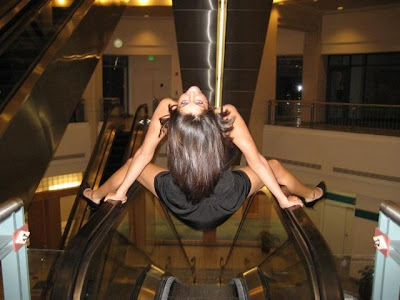 Definitely more fun/exciting for the people at the bottom!

This was shot at the wrong angle.

Why can’t I see things like this at the mall?

How about other camera angles?

Hmmm does she have any underwear on?

For the CAT Lover 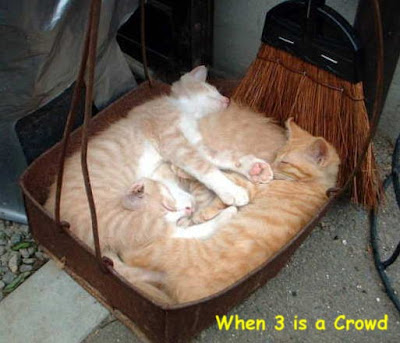 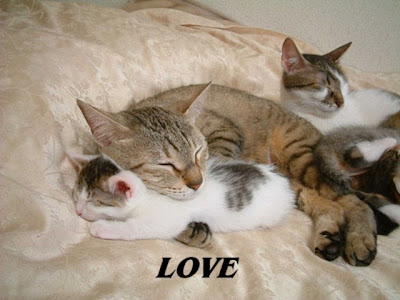 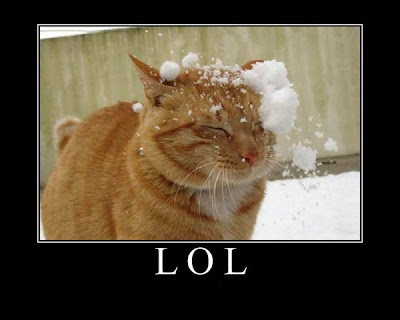 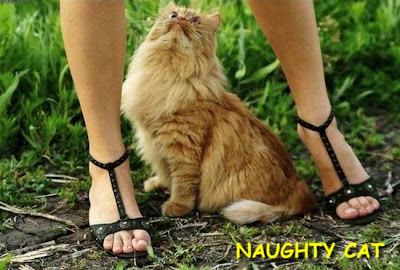 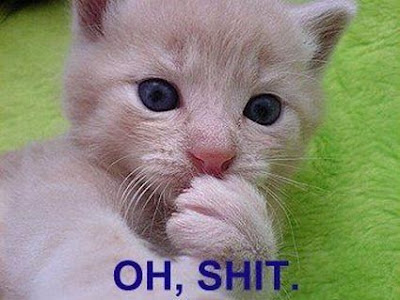 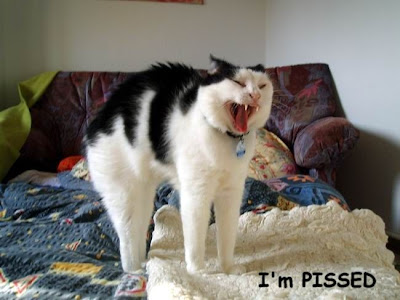 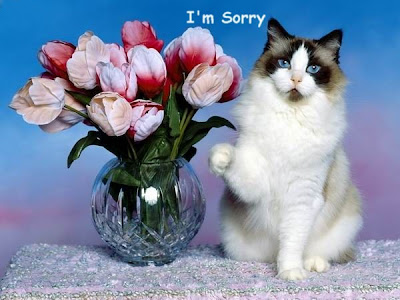 This Volkswagen Bus molded as a pool table must be one of the best car model ever developed. Finished in classic white and burgundy, with wood and felt top, the owner says that he bought it from another guy for $8,000 which probably has been puffed away in weed smoke by now. It was part of Detroit's Woodward Dream Cruise, the largest single-day classic car event in the world. Our auto-obsessed brother site has all the action here. 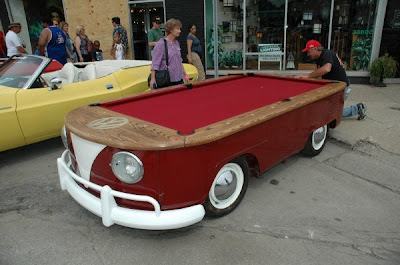 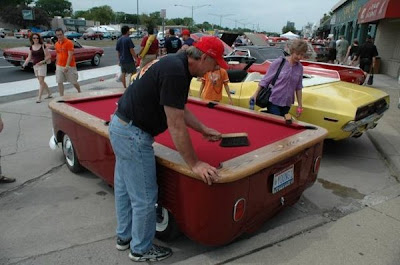 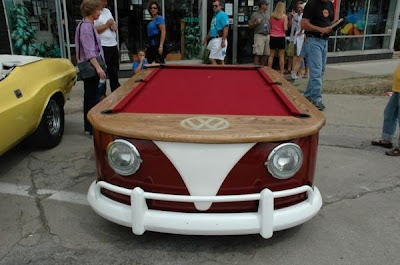