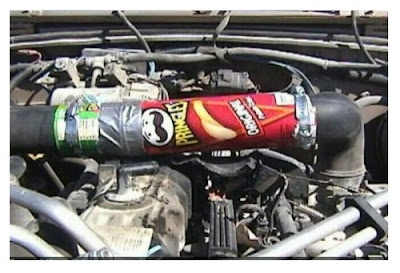 In Case of a Emergency

Always keep your hand on a 45 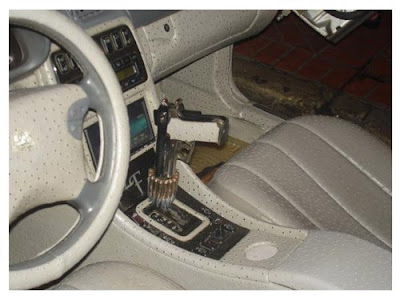 No problem the dog does it all by it's self 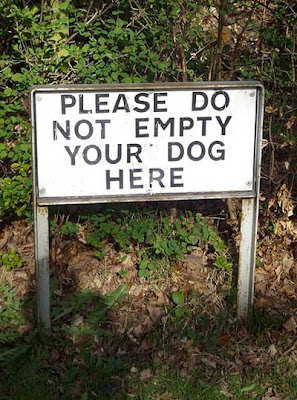 The guy needs help getting a girl 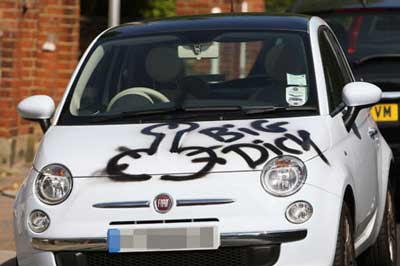 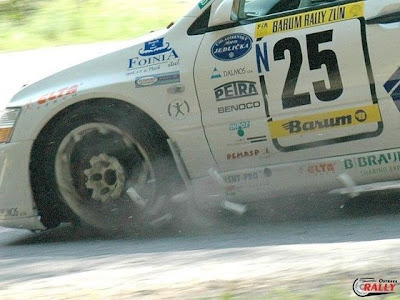 Sarg I be needing another car 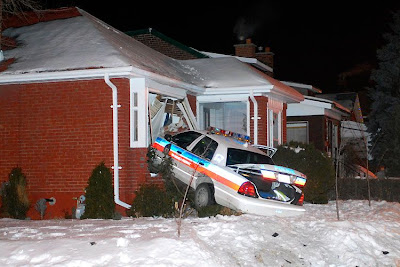 Big or Small they are every where 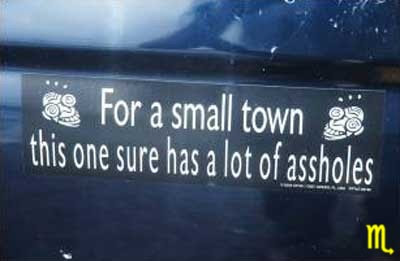 Best Buys 52-inch TV for $9.99 Was Too Good to Be True
Few if any of the deals retailers have offered online during the recession have been as good as Best Buy Inc.'s sale price of $9.99 on a 52-inch TV Wednesday. But it quickly turned out the offer was too good to be true.
The electronics retailer said it will not honor the $9.99 price posted Wednesday morning on its Web site for a 52-inch Samsung flat-screen TV. By early afternoon, the TV was listed at $1,799.99, almost half off the original $3,399.99 price.
Bloggers and Twitterers lit up the Internet with posts about the offer, some insisting Best Buy must honor it, others making jokes.
Best Buy, based in Richfield, Minn., said it has corrected an online pricing error and will not honor the incorrect price. Orders made Wednesday morning at the incorrect price will be canceled and customers will receive refunds, the company said.
.
Teacher Gets a $22G Fine for Personal Call in Class
The attorney for a New Jersey teacher says she won't appeal a $22,000 fine for making a four-minute personal call during class.
The attorney says Asbury Park High School teacher Desley Getty admits she made a mistake.
The 120-day salary forfeiture is based on calendar days and will be deducted from a base salary of about $70,000. That's less than a previous estimate of nearly $50,000.
Court records show the veteran performing arts teacher was covering for another teacher in 2008 when she made the cell-phone call to suspended superintendent Antonio Lewis.
A student recorded two other students dancing while the teacher was on the phone and posted it on YouTube.
.
Man Pleads Not Guilty to Naked Doorbell Ringing
A man from Redwood City, Calif. Has been appearing nude at homes and ringing doorbells is being held on $60,000 bail after pleading not guilty to a series of charges.
Peter Allen Steele, who is 6 feet 7 inches tall and weighs 250 pounds, entered his not guilty pleas Tuesday after being charged with seven counts, including driving under the influence, evading a peace officer, indecent exposure and entering a house without permission.
Authorities say the 38-year-old Steele led San Mateo County sheriff's deputies on a car chase on July 11 that ended with him streaking into a home and then into woods near Redwood City.
Deputies say it took a Taser and two shots from a bean bag gun to bring him down.
.
Man keeps severed leg
A Chinese man has preserved his severed leg in formaldehyde for 20 years to warn people against the dangers of drink driving.
Song Weiguo, 48, of Jiangyan in eastern China's Jiangsu province, puts his leg on display every year on the anniversary of the accident in which he lost it.
His left leg had to be amputated after he hit a tractor while driving his motorbike after drinking half a liter of liquor in 1989, reports the Yangtse Evening Post.
Song said: "When the doctor told me my leg had to be amputated, I cried a lot. Later I pleaded with him to let me keep the severed leg.
.
You Must Wear a "Bikini" not a "Burkini"
French ban Muslim woman from pool for wearing 'burkini' swimsuit
A French woman who converted to Islam has been banned from wearing a "burkini" in a swimming pool outside Paris.
The woman, named only as Carole, 35, was told that the garment, a swimsuit that covers most of the body, was "inappropriate" clothing for a public baths.
Pool staff said her three-piece Islamic swimsuit she bought in Dubai - consisting of a headscarf, tunic and trousers - was against pool regulations and unhygienic.
.
Policewoman slams 84 year old woman to the ground
In Whitehall, Ohio police says they have received scores of calls from around the country complaining about a YouTube video showing an officer taking an 84-year-old woman to the ground.
Police Chief Richard Zitzke in the Columbus suburb of Whitehall says the officer did what she had to do when the woman was seen holding a steak knife in a Wal-mart parking lot on Aug. 1. Police say the woman has Alzheimer's.
Zitzke says police have tried to explain their side to callers from as far as Texas and California.
Some have called the white officer a racist. The woman was black.
But Stan Brown of Columbus, the bystander who shot the video with his phone, says he believes no racism was involved. The 29-year-old black man says he now feels badly for the officer.
.
Posted by The Man at 8/13/2009 No comments: