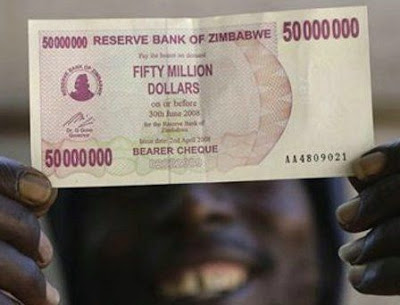 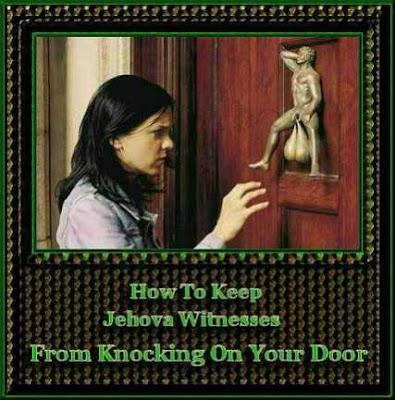 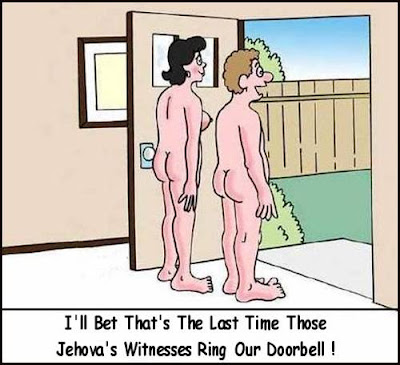 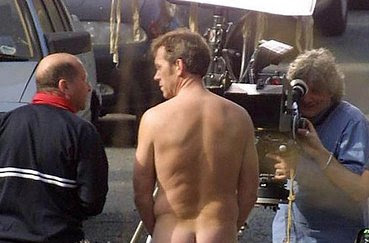 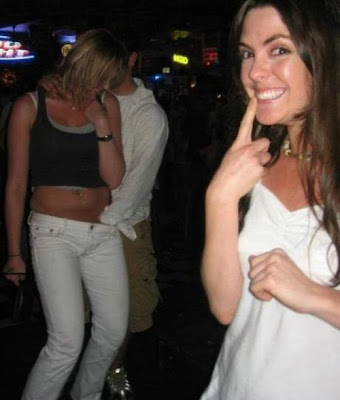 When my wife had to rush to the hospital unexpectedly, she asked me to bring her a few items from home. One item on the list was "comfortable underwear." Worried I’d make the wrong choice, I asked, "How will I know which ones to pick?"
"Hold them up and imagine them on me," she said. "If you smile, put them back."
.
NASA’s Mars Lander has found traces of ice and salt on Mars.
Now it’s searching for tequila.
.
THOUGHT FOR THE DAY
OPEC sells oil for $136.00 a barrel.
OPEC nations buy U.S. grain at $7.00 a bushel.
Solution: Sell grain for $136.00 a bushel.
Can’t buy it? Tough! Eat your oil!
Then, oil will come down.
.
God help us Jesus was arrested in Mexico.
.
.
From
Posted by The Man at 6/26/2008 No comments:

Bihar bridge is falling apart and nobody seems to care.
"Note To Self", if ever in India, never catch the train.
.
.
Mad Izatie said...
Forget 'London Bridge is falling down'.
This one's gonna be catastrophic.
Posted by The Man at 6/26/2008 1 comment: 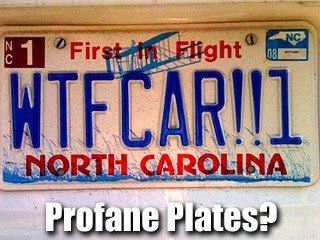 Tuesday the state Division of Motor Vehicles has notified nearly 10,000 holders of license plates with the letter combination. Officials learned last year the common acronym stands for a vulgar phrase in e-mail and cell phone text messages.
But this week, the DMV officials got another surprise when they learned the same letters appeared on the agency's own Web site on a sample personalized plate.
"I can't believe it," DMV Commissioner Bill Gore said Monday when told about the online glitch. "Obviously, I didn't know it was there."
Officials are removing the sample plate.

Computer error prices gas at $1.40 at Ohio station
A computer error caused a Cincinnati area service station to sell gas for $1.40 instead of $4.10, leading to a major traffic jam. Vehicles clogged the area around a Marathon station in suburban Sycamore Township while the bargain was available for roughly three hours on Tuesday, until Hamilton County sheriff's deputies persuaded the station to shut down.
Tiffany Smith waited in line for two hours to take advantage of the deal. She says these days, her family has to decide between buying food or buying gas, and the fuel price glitch would allow her to do both.
The store clerk didn't know how to fix the problem and was having trouble reaching his store manager.
.
Driver arrested after speeding 22 times in 45 days
A Nevada woman has been arrested after photo enforcement cameras on a Phoenix freeway captured her behind the wheel of a car speeding 22 times in a 45-day span, authorities said.
The woman, 24, was arrested by Arizona Department of Public Safety officers on suspicion of criminal speeding, reckless driving and endangerment.
During a 45-day period starting in May, DPS officials said the woman was captured by photo enforcement cameras on Loop 101 in Scottsdale 22 times, with her top speed at 92 mph.
The woman was living in Arizona temporarily when officers arrested her at her parent's north Scottsdale home last Friday, officials said.
.
Bank robbery suspect tracked down by log sheet of a cab
Police say a suspect in a bank robbery on Long Island tried to get away by hailing a cab. Police say a man walked into a Washington Mutual Bank on Merrick Road in Copiague about 10:02 a.m. Tuesday and passed a note to a teller announcing a robbery and demanding cash.
The teller complied, handing over some money along with a dye pack.
Police said the pack exploded as the man fled, causing him to drop the cash - but not before his clothes were stained red.
A witness told responding officers of a man fitting the robber's description getting into a cab. Police tracked the passenger to his home where officers arrested him after noticing red dye on his clothes.
.
NYC cops grab man in PJ’s chasing burglar
A burglar nearly got away clean after he yelled for help, causing two police officers to tackle the super of the building instead.
Police sources told the New York Post the Manhattan Community College officers grabbed Bobby Gardocki as Gardocki was chasing the suspect, who was screaming that a "crazy guy" was trying to kill him.
"The guy was yelling at no one in particular, 'Stop this crazy guy. He's trying to kill me!'" said Gardocki, who admitted he did look a little strange since he was chasing the guy in his pajamas.
A building tenant happened upon the scene and quickly convinced the officer they had the wrong man. The suspect, Michael Estrada of Queens, was picked up a short distance away and charged with stealing $3,000 in jewelry from an apartment.
.
Man borrows car to buy crack, steals car
Myrtle Beach police are searching for a man who borrowed a vehicle to buy crack cocaine then stole the car, according to a police report.
A woman told police she met the suspect in the parking lot of the Admiral Inn last week. After a 20-minute conversation, the victim allowed the suspect to take her 2008 Kia Spectra to buy crack cocaine, the report states.
The suspect told the victim he would give her some cocaine in exchange for letting him borrow the vehicle, the report states. The suspect told the victims he would return the car the following night but didn't.
The victim told police that the suspect was from North Carolina and was accompanied by two prostitutes when he took the vehicle.
.
Teen Faces Charges After Mooning Graduation Audience
A New York high school graduate is facing criminal charges after dropping his pants while picking up his diploma.
David Turano, 18, mooned hundreds of students, family members and faculty during the Briarcliff High School graduation ceremony.
Turano walked across the stage, accepted his diploma and then lowered his pants -- exposing himself from both the behind and the front.
"I looked and I saw him moon us and I was in shock, I didn't even know what was going on. I didn't know what to say or do," said classmate Nicole Lacey-Thompson.
"It was really sad, when I was walking down I was holding my friends hand when I was graduating because I was really sad and I just thought it was really rude," added Lexi Dumas.
Seconds after the incident school officials took back Turano's diploma and are now withholding it.
He was arrested after the ceremony and now faces charges of disorderly conduct.
.
Surgeon Suspended After Removing Wrong Lung
A New Jersey surgeon's medical license was suspended after state regulators found he removed the wrong lung from a patient, then tried to conceal the error.
The State Board of Medical Examiners found Dr. Santusht Perera removed a portion of the patient's right lung when he should have been removing a tumor in the left lung, the state Attorney General's Office said Wednesday.
.
Saudi Marriage Official Says 1-Year-Old Brides OK
Call it marriage, Islamic style.
Saudi marriage officiant Dr. Ahmad al-Mu’bi told Lebanese television viewers last week that it’s permissible for girls as young as 1 to marry — as long as sex is postponed.
Al-Mu’bi’s remarkable comments also included an explanation that "there is no minimal age for entering marriage."
"You can have a marriage contract even with a 1-year-old girl, not to mention a girl of 9, 7 or 8," he said. "But is the girl ready for sex or not?" What is the appropriate age for sex for the first time? This varies according to environment and tradition," al-Mu’bi said.
Click here to view al-Mu’bi’s interview with LBC-TV.
.
Posted by The Man at 6/26/2008 1 comment: