This guy jumps off a 50 foot cliff but ends up crashing. 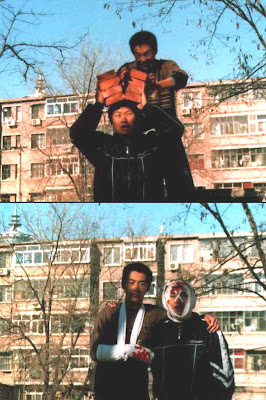 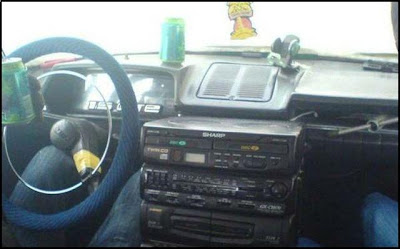 Car Stereo One of a Kind... 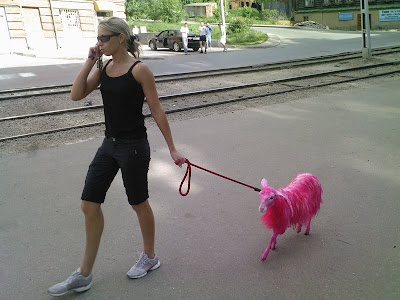 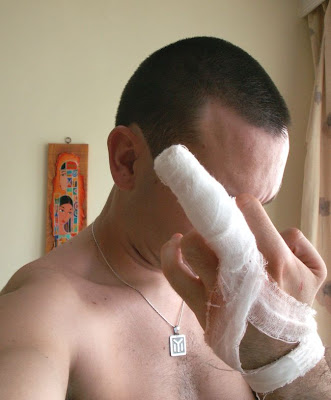 You Want Me To Break It Again? 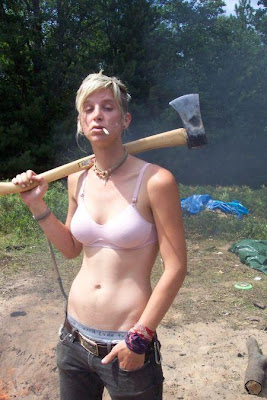 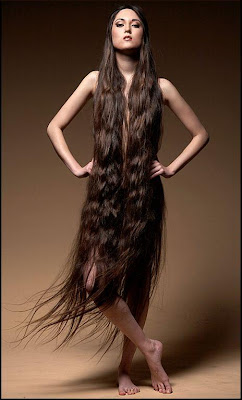 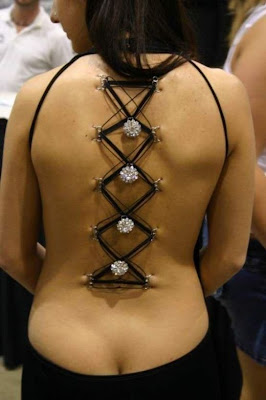 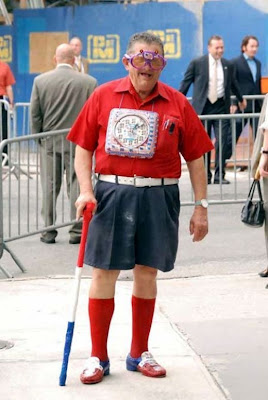 Tennis player Jelena Jankovic is changing her panties for the camera.

Superhero films spark new craze for tights among men
The latest raft of comic book hero films like The Dark Knight have sent sales of tights for men soaring.
UK stockists are reporting record sales of sheer, patterned and support tights for men. Retailers say men's tights are not being sold as fetish garments, but as practical, comfortable and stylish everyday wear.
"I don't know what is going on – sales have gone mad," said Kieran Hughes, director of the tights stockists Precious Collections.
"In the past two months we have gone from selling 300 pairs of tights a month to men in the UK, to selling more than 1,000."
Men give three reasons for donning skin-tight legwear. Some simply like the added insulation they bring underneath trousers. Others put them on under shorts for cycling and claim they bring such health benefits as back support. And a few even claim that tights are the latest symbol of metrosexuality.
.
Frenchmen fighting for the right to wear skirts
Dominique Moreau is a trail blazing freedom fighter, a man battling for equality and recognition in a world of prejudice and gender-based stereotypes
"Today, millions of men around the world wear skirts, like the sarong in Asia or the djellaba in Africa, without being bothered," he insists. "Why not us?"
Moreau is the president of Hommes en Jupe (Men in Skirts), an association of about 30 men in Poitiers, western France, who don skirts to go about their everyday lives. For them, getting dressed in the morning is less about style and more about political substance: they are fighting to reclaim an item of clothing last worn by Frenchmen more than 500 years ago.
Posted by The Man at 8/05/2008 No comments:

Man's Olympic tattoos
Most sports fans buy a t-shirt, maybe paint their face in their teams colors - but one Chinese man's taken it a little further for the Olympics.

.
Beijing Olympics Blowjob's Event - NSFW
The Olympic Committee has added BJ's to the 2008 Beijing summer games roster.
Posted by The Man at 8/05/2008 No comments:

Nude intruder falls for police sting
A nude intruder fell for a police sting when they chased him out of a swimming pool straight into a hedge of nettles.
The skinny-dipping swimmer and his pals had broken into a pool in Dueren, western Germany, for a midnight plunge when police arrived.
"They were driven out by the officers and they all went separate ways and then one of them jumped over a wall straight into a hedge of nettles.
"The officers just followed the sound of the screaming," a police spokesman said.
.
I’m Too Fat to Be Executed
A death row inmate scheduled for execution in October says he's so fat that Ohio executioners would have trouble finding his veins and that his weight could diminish the effectiveness of one of the lethal injection drugs.
Lawyers for Richard Cooey argue in a federal lawsuit that Cooey had poor veins when he faced execution five years ago and that the problem has been worsened by weight gain.
Cooey, 41, was sentenced to die for raping and murdering two female University of Akron students in 1986. After a federal judge granted Cooey a last-minute reprieve in 2003, Cooey was returned to death row..
Cooey's attorneys cite a document filed by a prison nurse in 2003 that said Cooey had sparse veins and that executioners would need extra time.
The lawsuit, filed Friday in federal court in Columbus, also says prison officials have had difficulty drawing blood from Cooey for medical procedures. Cooey is 5 feet 7 inches tall and weighs 267 pounds, according to the lawsuit.
.
Man watches helplessly as train smash into his truck
Nathan Miller learned the hard way that "Road Closed" signs are posted for a reason. The 25-year-old Milesburg man ventured onto a closed road Sunday afternoon in search of good fishing at Bald Eagle State Park, but got his pickup truck stranded on some railroad tracks.
After trying for 45 minutes to dislodge the truck, Miller said he could do nothing but step back and watch a Norfolk Southern train smash into it.
"I backed up a little bit and watched the show," he said. "It looked just like TV but louder."
Signs clearly stated the road was closed, but Miller said he decided to "give it a shot" after hearing about the fishing spot. "I was an idiot," Miller said. "Pretty much a local idiot just trying to go fishing." Police cited Miller for trespassing.
Neighbors could hear the train screeching its brakes for some time before the crash, and state police said no one was hurt.
.
Bullet resistant bras for German police
German police women are to be issued with bullet-resistant bras to give them complete undercover protection.
The new underwear was developed as a second barrier of defense after normal bras were found to cause injuries while on duty.
The officers' bullet-proof vests, while stopping the force of gunshots in an attack, pushed the plastic and metal parts of their underwear into their flesh, causing injury.
Carmen Kibat, a policewoman in Hamburg who tested the new underwear, said: "These can save someone's life so it's not a laughing matter." She organized "Action Brassiere" across Germany, getting hundreds of policewomen to try the bras out in the line of duty.
Three thousand front-line women police officers will now be required to wear the bras on duty. Their bosses have decided to allow them to have three each.
Posted by The Man at 8/05/2008 No comments: