Which one do you want? 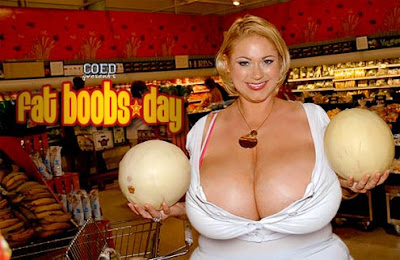 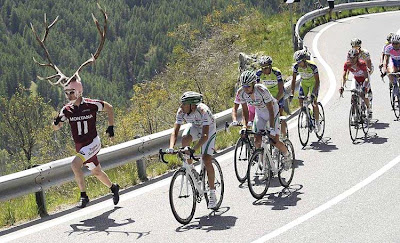 An angry motorist has been jailed for ten years after driving his car into a town hall, causing $200,000.00 worth of damage.
33 Year old Marcus Johnson was asked to turn his music down, he responded by driving his car through City Hall. He was sentenced to 10 years in prison for his act
Minutes later, he sent his car careering through the front doors of the civic building in Wichita, Kansas, before speeding down a corridor at 45mph, causing staff to jump for their lives.
Security guards were later seen pouring through the shattered doors in pursuit of the car.
Amazingly, no one was injured in the incident, which was captured on CCTV cameras.
Johnson told the court in Wichita he had been hearing voices in his head the night of the incident.
His brother Maurice pleaded with the court to show leniency as she said he needs medical help.
But a judge rejected the plea and jailed Johnson for 10 years after he pleaded no contest to battery on a law enforcement officer.
.
.
Posted by The Man at 5/24/2009 5 comments:

Authorities in Seattle have released surveillance video showing a burly sheriff's deputy slamming a man head first into a wall earlier this month, leaving him in a coma.
Christopher Harris remains in critical condition at Harborview Medical Center, his family says. The 29-year-old had been pursued by deputies May 10 after a witness wrongly identified him as a suspect in an assault.
Sheriff's Sgt. John Urquhart, who released the video Thursday, says Deputy Matthew Paul did not violate policy in tackling Harris. He says Harris was trying to get away, and calls the injury "a tragic accident."
A Harris family lawyer says the video and witness accounts show he was a victim of excessive force.
.
.
Posted by The Man at 5/24/2009 1 comment:

A cure for that road rage 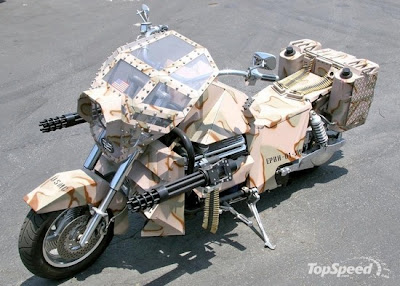 ‘Road rage’! Just what a motorcyclist needs for riding on the highway. Designed as an equalizer. Inconceivable and unpredictable lane changes and other traffic related anomalies perpetrated by the cell phone using, motor home/SUV driving morons on the rest of us.
The above pictured machine was designed for that purpose. Each mini gun fires at a rate of 3000 rounds for minute (6000 total). During initial test and evaluation it was demonstrated that a single 2 second burst burst would and did blow a 40 foot RV with tow car clean off the road leaving an open and unobstructed route ahead. It will vaporize a SUV in seconds! Tests further indicated that after two or three RV’s/SUV’s in a row were eliminated, or "friggin smoked", others voluntarily pulled off the road and thus became a "non-threat".
.
All that’s missing is the tail-gunner
.
Posted by The Man at 5/24/2009 No comments: 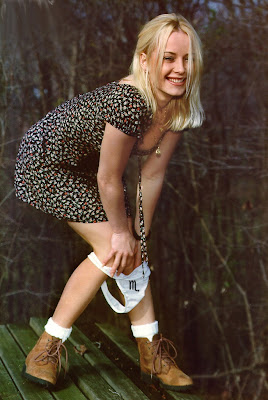 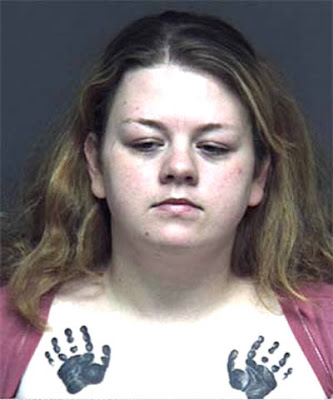 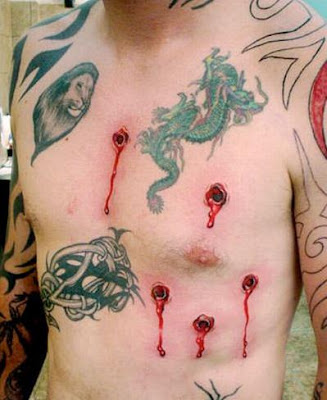