Stilts has came a long ways.

See mine are bigger 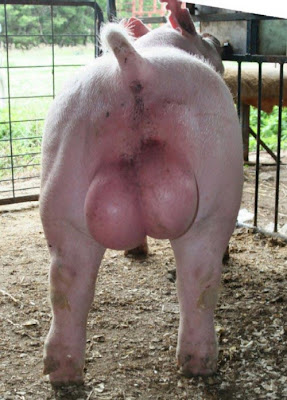 A 78-year-old Lynnwood woman is accused of beating her 84-year-old husband because she believes he cheated on her several times during their marriage.
The Everett Herald reports she was arrested last month, charged Thursday with assault and remains jailed in Everett on $70,000 bail.
Snohomish County prosecutors say she hit him with a bowl, pipe and carpet sweeper. He suffered broken ribs, pelvis and a wrist.
One witness told police the woman admitted kicking her husband three times in the groin in the last six months because she believed he had an affair 35 years ago.
.
Posted by The Man at 5/16/2009 1 comment: 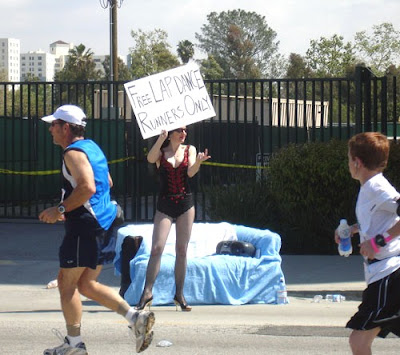 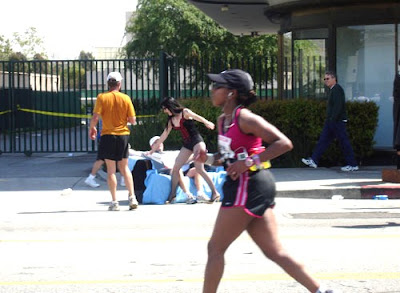 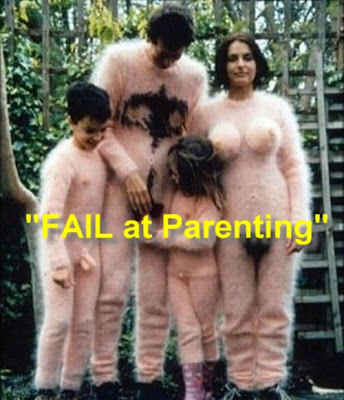 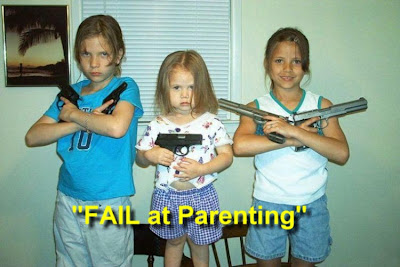 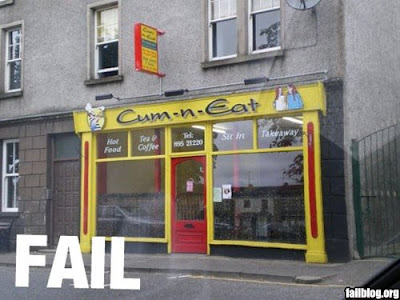 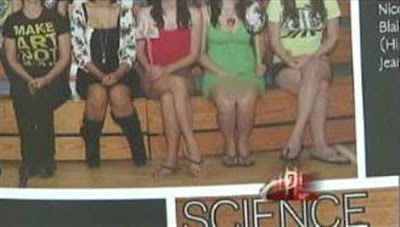 Do you have any nuts up there? 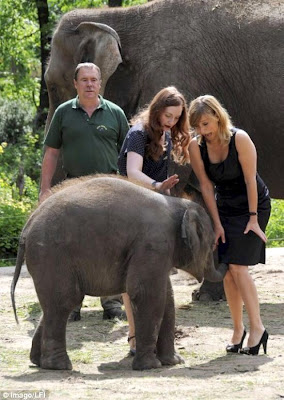 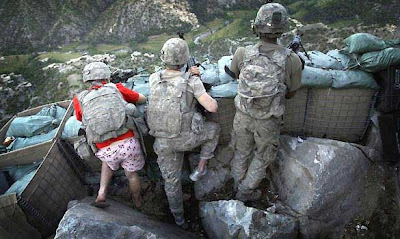 Pink boxer shorts, a red T-shirt and bedroom slippers aren't the ideal uniform for fighting the Taleban.
But a young US soldier found himself battling the enemy in his underwear when his platoon came under a sudden attack by Taleban militants in Afghanistan on Monday.
Zachary Boyd, 19, was sleeping when the ambush occurred and only had time to put on his helmet and body armor before grabbing his gun and rushing into action, leaving his "I love New York" pink boxers on full display.
Army Specialist Boyd, fighting in Afghanistan with the US Army First Battalion, phoned home to warn his family of his sudden notoriety, much to the amusement of his parents.
"He said, ‘I hear the Times is what they put on the President's desk’," said his mother, Sheree Boyd. "Then he told us, ‘I may not have a job any more after the President has seen me out of uniform’.
"It was typical. He has always been an interesting little character."
His father Tommy said he couldn’t stop laughing at seeing Boyd in pink boxers.
"I ran to the computer and looked at The New York Times right quick," Mr Boyd told Texas radio station WBAP. "Lo and behold, I saw his pink underwear and just laughed for about the next five minutes."
"I knew he was a boxer guy, I knew that for sure. I did not know they were pink, and I didn't know they said, ‘I love New York’."
Boyd’s parents said he became motivated to join the US Army after the terror attacks on America on September 11, 2001 — perhaps the reason he was wearing ‘I love New York’ underwear.
Boyd was promoted to an army specialist last week and says he hopes to someday lead men in combat – hopefully in full uniform.
.
Posted by The Man at 5/16/2009 2 comments: 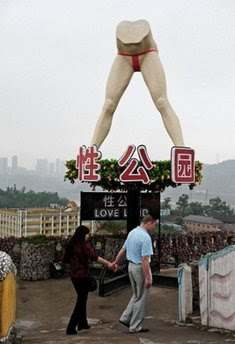 .
.
Visitors try to get a glimpse of "Love Land", billed as China's first-ever sex theme park, in southwest China's Chongqing municipality. The sex theme park is slated to open in October, but detractors hope the project will never see the light of day, as the exhibits of naked human sculptures with giant genitals and boasts a sex technique workshop is stirring up howls of protest.
Posted by The Man at 5/16/2009 No comments: