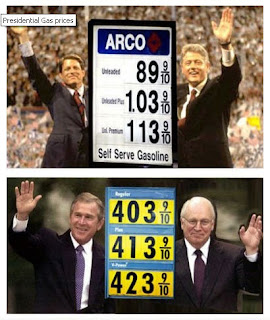 Harley-Davidon first motorcycle with the serial number 1 was made in 1903. 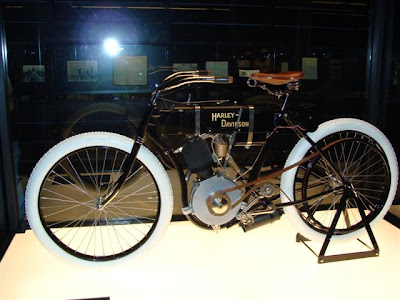 There are many unique bikes on display.
This one has two seats, two gas tanks and two engines. 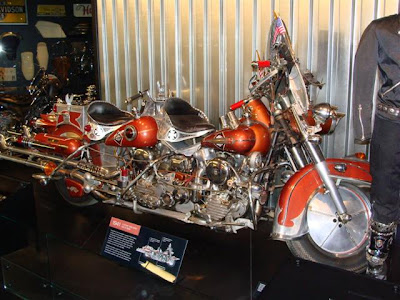 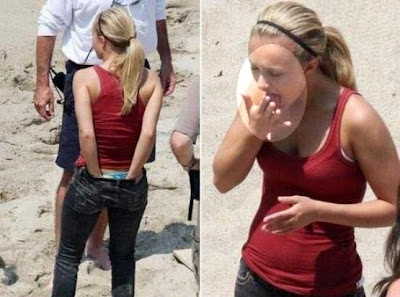 Idiot
.
Getting Hit In The Head With A 100 MPH Line Drive Ball

You are never to old to have fun 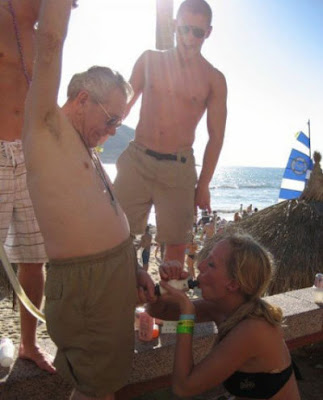 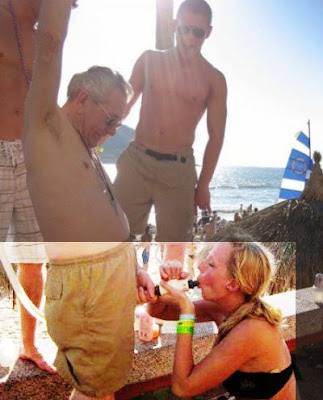 Escorts Demanding Refund
Bald headed Alan Gunn and Mark Hill hoped to earn £40 an hour for accompanying lonely female clients. But seven weeks after they registered they had not received a single reply. Now the disillusioned pair — both single security guards — are demanding their money back from agency chiefs.
Both men, who signed to Rebecca’s Nationwide Male Escorts in Sheffield to raise money for a DJ business, insisted: "There’s nothing wrong with us."Each spent £35 on registration plus another £65 for a portfolio of photos when they joined up. "We think we’ve been conned. We’ve paid out all this money and not had one call or date."
PICTURE and More
.
Teenager With a Unusual Diet
Her unusual food habits have become a subject of discussion in the entire district. Banita Behera of Simulia village consumes kerosene like water.
She can consume 500 ml of kerosene at a time and one liter a day. It is not that the 17-year-old daughter of Bimal Behera and Minati Behera can only consume kerosene. She claims she has been taking soaps and pain-killer balms - Amrutanjan and Mentho-plus - like pickles regularly. "I am consuming kerosene and other non-edibles not for sake of record or media coverage. I like the taste of these items and love to consume that. I prefer to take biscuits with kerosene than tea,"
Her parents claimed she developed the uncommon food habit ten years ago. "We first spotted her when she consumed kerosene by draining out lamps and lanterns. Though we tried a lot to prevent her from doing so but she didn’t stop," said her father Bimal.
Surprisingly despite her unusual food habit for past ten years she has developed no health complications. "Moreover, I feel irritated the day when I don’t drink kerosene and take balms," Banita said.
.
Girl Killed for Wanting to Stay a Virgin
17-year-old schoolgirl Nobuhle Khumalo was beaten to death because she had decided to remain a virgin, it was revealed yesterday.
Three 17-year-old girls and a 24-year-old woman from Wasbank, near Ladysmith, were arrested on Thursday in connection with the July murder of Nobuhle Khumalo.
One of Khumalo’s teachers, Samkeliso Chiliza, told Beeld that a gang had attacked her with knobkerries because they were jealous of her.
"The other girls were angry with Nobuhle because she had decided not to have children now, and all the parents held her up as an example," said Chiliza. "It made the other girls, who already have children, look bad."
Chiliza described Khumalo as an excellent pupil and "an example to women across the whole country".
.
Blind Man Arrested and Fined for Drunk Driving
A blind journalist was given a month's suspended jail sentence and fined 500 euros (750 dollars) by a French court Friday for driving while drunk and without a license.
The owner of the car, who was also drunk as he sat next to the blind man when he drove the vehicle, was given the same sentence and had his license suspended for five months by the court in the northeastern town of Nancy.
The pair were arrested on a country road in the early hours of July 25 by police who spotted their car zig-zagging suspiciously and moving at a very low speed.
The police were astounded when the 29-year-old driver informed them that he was blind, and when they breathalyzed him and his passenger, a 52-year-old photographer, they found they had drunk twice the permitted level of alcohol.
.
Government Worker Gets $850G Bonus Thanks to Typo
Oklahoma officials say a typo resulted in a state employee receiving a bonus of $850,000 — but it was only temporary.
Jo Harris was supposed to receive an $850 longevity bonus for working at the Oklahoma Employment Security Commission for seven years. But a misplaced decimal point turned that into a six-figure windfall.
Officials say they caught the error before the $850,000 left state funds.
Harris's original paycheck issued in February was canceled and a new one was issued with the correct bonus. Officials told Harris about the mistake and asked her to watch her personal bank account.
Harris said she would let state officials know right away if the extra money entered her account because "I don't go to jail for anybody."
.
Half-Ton Woman Indicted 'Too Fat for Jail'
A woman is accused of killing her two-year-old nephew but prosecutors in Texas do not yet know how to get her to jail and court — because she weighs nearly half a ton.
Mayra Lizbeth Rosales, from La Jola, Texas, is bedridden and weighs nearly 1,000 lbs.
But she cannot get through her front door to be taken to jail and, later, court.
A grand jury has already agreed she should face charges of murder and injury in connection with the death of Eliseo Gonzalez Jr.
He died while in her care in March and the 27-year-old is accused of killing her nephew with two blows to the head.
She explained away the injuries by saying she had slipped, landing with her right hand on Eliseo's head while trying to pick him off the floor, and that he fell off a chair.
But a post-mortem found that Eliseo's injuries were "consistent with blunt force trauma" and that Mayra Rosales' explanations were inconsistent with the injuries. The morbidly obese woman has since been photographed and finger-printed at home but released on a "personal recognizance bond" because of the logistics problem.
The local sheriff at Hidalgo County, Lupe Trevino, says it would be impossible to keep her in jail pending her trial because she needs extensive medical care.
Posted by The Man at 8/24/2008 No comments: 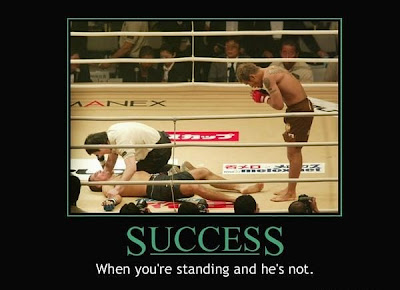 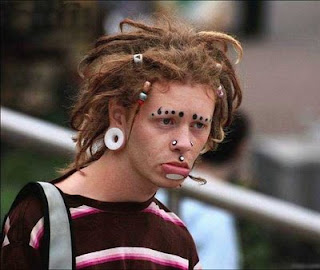