Yes there are people stupid enough to get inside. 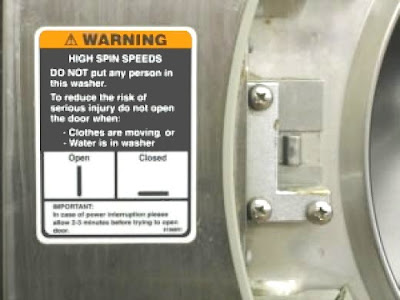 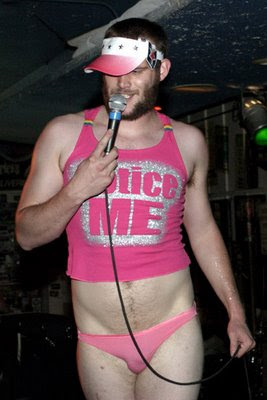 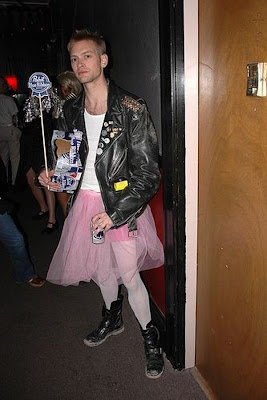 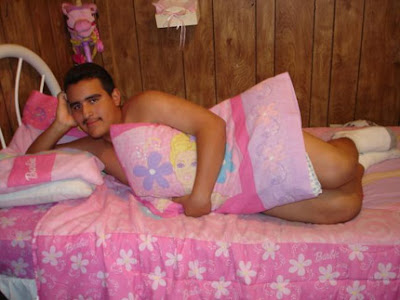 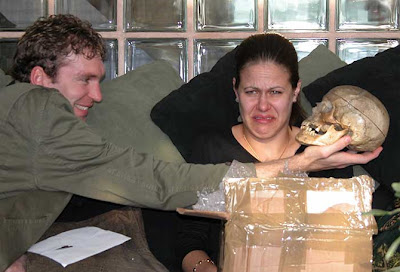 The baby discovered the hard way that following at mom’s heels too closely can be hazardous, and stinky, when she got dumped on quite literally. So this poor youngster will be traumatized for life. "It happens all the time — because elephants don’t have rear-view mirrors." 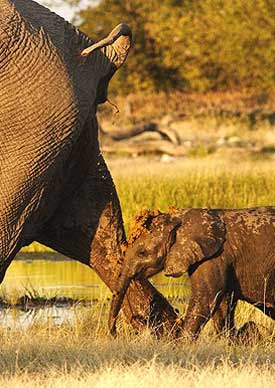 Man sacked (fired) over bathroom habits
Amador Bernabe, 43, uses water to clean himself instead of toilet paper.
Mr Bernabe, a machine operator on a working visa from the Philippines, said it was his culture.
But on Thursday he got the shock of his life when his foreman followed him into the toilet questioning his toilet hygiene.
"I went to go to the toilet and I took a bottle of water when my foreman saw me and he said `you can't bring the water in there'," Mr Bernabe said.
"I asked why and he said it wasn't good but I said it's our way and he followed me into the toilet.
"I said it's my personal hygiene. I didn't break any law, I didn't break any rules of the company, why can't I do this, and he said he would report me to the manager.
"The next morning when I came in I went to punch my time card and he told me the manager wanted to talk to me in his office.
"He asked me what had happened and I explained to him and he said if I didn't follow the Australian way I would be immediately terminated and I said `sir, then you better terminate me'."
.
Mad Izatie said...
ok, well firing people for bringing water into the bathroom is absolutely stupid.
.
.
Mexico man 'dissolved 300 bodies'
A man arrested by Mexican police says he disposed of 300 bodies for a drugs gang over the past decade by dissolving them in chemicals.
Santiago Meza, called the "stew maker" said he was paid $600 (£440) a week to dissolve the bodies of murdered rival gang members in caustic soda.
.
Infection Claims Model's Hands, Feet and Then Her Life
Officials say a Brazilian model whose feet and hands were amputated because of an Urinary Tract Infection has died.
Officials said in a statement early Saturday that 20-year-old Mariana Bridi's condition deteriorated overnight. She died at 2:30 a.m.
The Espirito Santo State Health Secretariat said in the statement she died from complications related to a generalized infection. It was caused by the bacteria Pseudomonas aeruginosa, which is known to be resistant to multiple kinds of antibiotics.
The beauty pageant contestant was suffering a generalized infection that forced the amputation of her hands and feet earlier this week because the flow of oxygen to her limbs was reduced.
PICTURES and More
.
Girl, 11, Loses Leg Playing on Train Tracks
Authorities in Texas say an 11-year-old girl was run over by a train that severed one of her legs and seriously injured the other.
Officers said Gisselle Marroquin was playing with friends on railroad tracks behind their homes east of Houston on Friday.
Harris County sheriff's Lt. John Legg said the children would grab the side of a slow-moving railroad car and let it pull them along. Gisselle slipped and fell under the train.
Alex Rodriguez, a spokeswoman for Memorial Hermann-Texas Medical Center said the girl was in critical condition Saturday.
Union Pacific crew members in the locomotive never saw the girl.
.
Bad Training? Bad Owner? or Bad Dog?
A 13-month-old child was bitten in the head by a Linn County Sheriff’s Office dog Friday night and is recovering at the University of Iowa Hospitals and Clinics.
The child "suffered head lacerations from a single bite wound," according to a statement released by Sheriff Brian Gardner, and was taken to St. Luke’s Hospital before being transferred to Iowa City by helicopter.
The bite happened at Deputy Shawn Ireland’s home in northwest Cedar Rapids about 8:40 p.m. Friday. The dog, named Axel, is a 4-year-old Belgian Malinois, and has been partnered with Ireland since October.
Ireland, 30, is an eight-year veteran of the sheriff’s office who works in the patrol division. He was in the room and saw the dog bite the child. Gardner said the child did not provoke the dog, but perhaps the dog was wound up from playing with Ireland.
Gardner said he’s still weighing the options — trading the dog in at the kennel for a different one, pairing the dog with a new deputy or keeping Ireland paired with the dog.
The sheriff said it’s unlikely the dog will be euthanized.
.
Posted by The Man at 1/25/2009 No comments:

I was commenting on your picture of the ashtray on your site and was greeted by the captcha word verification seen in this screen capture.
Love your blog mate ,it keeps me up to date with lots of great things. Tonytc 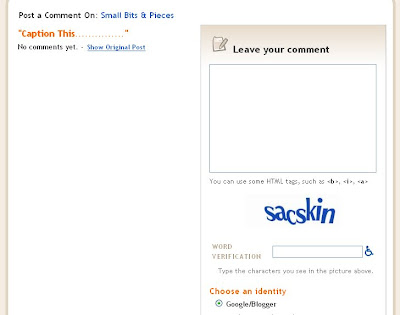 PREGNANCY TEST
A blonde came running up to her husband in the driveway as he came home from work.
"Honey, I have some really great news for you!" she said.
"Great, tell me what you’re so happy about!" he replied.
"I’m pregnant!" she said.
He kissed her and told her, "That’s great! I couldn’t be happier!"
Then, she said, "Oh honey, there’s more!"
He asked, "What do you mean, ‘more?’"
She said, "Well, we aren’t having just one baby, we are going to have TWINS!"
Amazed at how she could know so soon after getting pregnant, he asked her how she knew.
She said, "Well, that was the easy part. I went to Wal-Mart and bought the TWIN PACK home pregnancy test kit and BOTH tests came out positive!"
.
PHOTO FOR MOM
A college student's mother is bothering him to send a photo of himself. The only photo has is one where he's totally nude. He figures he'll just cut it into half and send the top half to his mother. A few weeks later, he gets a letter from his grandmother requesting a photo. He didn't want to make her feel bad, but he had no other photo. He figured since his grandmother was practically blind, he'd just send the bottom half of his nude photo. A week later he receives a nice letter from grandmother. She wrote, "You look great, but your hairstyle makes your nose look long."
.
hubdawg said...
Correction : The one joke should read.
"You look great, but your hairstyle makes your nose look SMALL."
.
PASSWORD PROBLEMS
A new blonde employee calls the Help Desk to complain that there’s something wrong with her password.
"Whenever I type the password, it just shows stars," she says.
"Those asterisks are to protect you," the Help Desk technician explains, "so if someone were standing behind you, they wouldn’t be able to read your password."
"Yeah," she says, "but they show up even when there is no one standing behind me." SUNBURN A man fell asleep on the beach under the midday sun and suffered a severe sunburn to his legs. He was taken to the hospital. His skin had turned a bright red and was very painful and had started to blister. Anything that touched his legs caused agony. The doctor prescribed continued intravenous feedings of water and electrolytes, a mild sedative and Viagra. Rather astounded, the nurse inquired, "What good will Viagra do him in that condition?" The doctor replied, "It will keep the sheet off of his legs."
.
GORILLA CAGE
A guy was standing in front of the gorilla cage at the zoo when a gust of wind swept some dust into his eye. As he rubbed his eyelid, the gorilla went crazy, bent open the bars and beat the guy senseless. When the guy came to his senses, he reported the incident to the zookeeper. Nodding, the zookeeper explained that pulling down your eyelid means "screw you" in gorilla language. The explanation didn't make the victim feel any better, and he vowed revenge. The next day, the man purchased two large knives, two party hats, two party horns and a large sausage. Putting the sausage in his pants, he hurried to the zoo and went right up to the gorilla's cage where he opened up his bag of goodies. Knowing that gorillas were natural mimics, he put on a party hat. The gorilla looked at him, reached through the bars, grabbed a hat from the bag, and put it on. Next, the guy picked up his horn and blew on it. The gorilla reached out, picked up his horn, and did the same. Then the man picked up his knife, whipped the sausage out of his pants, and sliced it in half. The gorilla looked at the knife, looked at his own crotch, looked at the man, and pulled down his eyelid.
.
Posted by The Man at 1/25/2009 No comments: 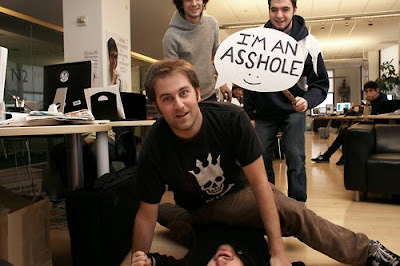