Burglar use baby stroller to move his 110 frozen dinners 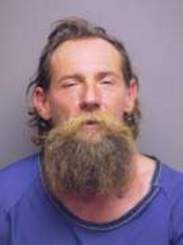 .
Surveillance video from a nearby convenience store caught Glenn Evan Byers, 47, entering the backyard of a home.
His haul from a backyard shed and carport freezer: About 110 frozen dinners, comic books, toys -- hauled off in a swiped baby stroller.
Cops weren't about to let the case get cold — they caught up with Byers before the food had yet to thaw.
.
Posted by The Man at 4/15/2011 No comments:

Woman who wouldn't stop except for McDonald's
Police in say Roberta Spen wouldn't stop for anything -- except McDonald's.
Cops in say they tried to pull over the 64-year-old motorist when they noticed that her brake lights were malfunctioning as she pulled into a McDonald's drive-thru lane at around 2 p.m. Monday.
Officers flashed their lights and ordered Spen to park her car in the burger joint's parking lot for a traffic stop.
But Spen wasn't lovin' it, according to police.
Instead, the suspect is accused of placing her order, paying for food and speeding away.
According to a police report, an officer managed to flag Spen down after she pulled out of the restaurant.
Police said that Spen "lower her window 1 inch and said she was not speeding and would not lower her window down," the document indicates.
She also refused to hand over her license and registration, then drove off -- sparking a police chase involving multiple law enforcement vehicles.
Cops say they attempted to use their cars to box Spen in, but she managed to escape by putting her vehicle into reverse.
Officers then say they blocked her vehicle a second time, smashed the driver's side window and dragged the suspect from the car.
Spen was arrested on charges of fleeing and eluding, resisting arrest without violence and driving with defective equipment, according to the paper.
It's unclear whether she was able to finish her meal before her arrest.
.

“Cop Busted” Trying to have sex with ‘teen’ and ‘mom’
Christopher Jonathan Albritton, an active U.S. Navy reservist and a NASA police officer, thought he hit the sicko jackpot when he found an ad on the internet offering ‘family fun’ with a mom and her daughter.
Yes, he actually thought a mom and her 14-year-old daughter wanted to hook-up with him for sex.
But the "‘mom’ and ‘daughter’ were actually undercover detectives.
On April 13, Albritton arrived for his rendezvous and was promptly busted and booked into the jail.
.

Drug store thief steals beans, not pills
A pharmacist in southeastern says some drug store burglar got a surprise when they broke into his business to steal the pain medication Lortab - the pills had been replaced with beans.
Pharmacist Mac Clark works at Fred's Drug Store in and said the store has broken into several times in the past six months, and each time the burglars got Lortab. He decided he needed a decoy.
Around 6 a.m. Wednesday, the burglars came back. The only thing stolen was the Lortab bottle filled with beans.
.

Teen faces charges for child porn on phone
Police in the northwestern city of say a 15-year-old boy is being charged in juvenile court with possession of child pornography after pictures of two nude female classmates were found on his cell phone.
The freshman was removed from last week and sent to the . According to a police report released Wednesday, school administrators received a call from a 15-year-old freshman girl's mother saying a boy was threatening to post a nude photo of her daughter on MySpace if she didn't let him borrow a musical instrument.
The boy told police he wasn't dating either girl and that they sent the photos on their own. He denies he threatened to post the photos.
.
Posted by The Man at 4/15/2011 No comments: