For the "Large Ass" person 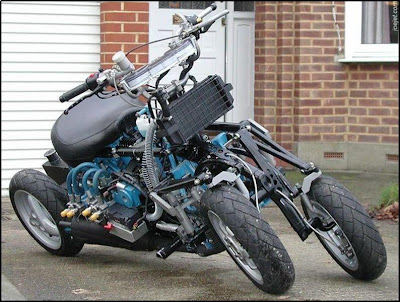 Bear capture self in a car
A couple in the Colorado Mountain Estates subdivision near Florissant thought someone was trying to steal their car early Wednesday when the car alarm started blaring.
When Teller County Sheriff's Deputies responded at about 2:30 a.m., they discovered a young bear in the car.
The bear was as surprised to see the deputies as the deputies were to see the bear, said Mikel Baker, spokesperson for the Sheriff's Office.
According to Baker and Teller County Sheriff Kevin Dougherty, this bear — like so many others — was very smart and had learned how to open car doors.
But as the bear rummaged around the car causing extensive damage, the door closed and it couldn't figure how to get out.
Baker said that bears are extremely hungry as they prepare for hibernation. No food should be left in a car, she said, as bruins, with their keen sense of smell, will detect the food and try to get inside.
.
Mom Arrested for Washing Kid's Mouth with Soap
A Florida couple is behind bars for some old school discipline
A Palm Bay woman and her boyfriend were arrested Monday for child abuse after the couple went old school to punish their 8-year-old daughter for swearing.
They washed her mouth out with soap.
We don't know about you, but we would petition President Obama and Congress to make it mandatory for every parent to carry a bar of Irish Spring in their back pockets with all the profanity kids’ use today.
Police claim Adriyanna Herdener and Wilfredo Rivera went too far by placing a bar of soap in the girl's mouth and letting it stay for 10 minutes. Herdener did not intervene in the discipline.
.
What nerve!
A Brooklyn killer waltzed into court on Friday wearing a T-shirt with his victim's picture and the words "R.I.P. Love You Forever."
Gregory Morency's choice of attire shocked prosecutors, relatives and even his lawyer - but didn't sway the judge, who gave him 18 years in prison.
And his bizarre statement, thanking slain girlfriend Claribel Hernandez's family for "supporting" him, didn't go over too well.
"How dare you come in here wearing my sister on your chest?" Ray Hernandez shouted at Morency during the sentencing.
"You are a punk, you took my sister....Not even hell would be good enough for you."
.
What comes around goes around
Man tries to euthanize dog -- dog's owner tries to euthanize man
After running over a dog on a rural road in McClellanville on Thursday morning, the driver of a pickup truck tried to "put the dog out of its misery" by whacking the animal with a machete and a hammer, authorities said.
The dog's owner heard the dog's plaintive yelping and ran out of his house, grabbed the machete and hammer and started waling away with the hammer, attacking the man who had been attacking his dog.
The driver was hospitalized with a skull fracture. The dog's owner is in jail, accused of trying to kill the driver. The dog, whose name is "Dingo," was hanging on for his life Thursday night.
"There are humane ways to euthanize an injured dog," said
Dr. Sarah Boyd, a veterinarian at Charleston Animal Society. Using a hammer and machete is not among them, she said.
.
Posted by The Man at 10/18/2009 1 comment: