Being Locked Up (Mug Shot) 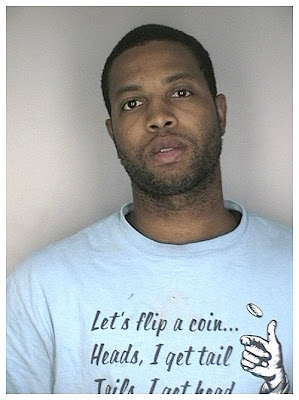 Street tubing... Watch till the end! 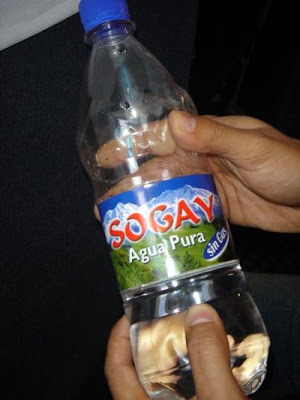 The bird that wasn’t up for a kiss.

"Granny has a gun and know's how to use it." 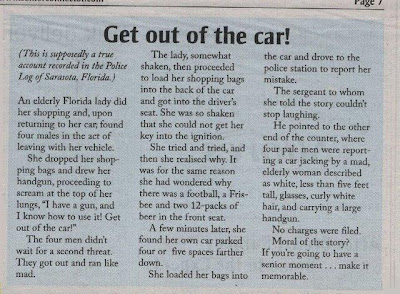 Anonymous said...
That story has been around awhile.
There are several versions:http://www.snopes.com/crime/justice/grannies.asp
Too bad the people who edited that magazine evidently didn't know how to use a search engine. I guess some stories are so funny that they ought to be true.

Pissed Off - Pissed On
The Nolita hot spot Delicatessen has a full cocktail menu, pricey food, model patrons - and nightly golden showers, thanks to one pissed-off neighbor.
The glass-roofed lounge, which opened with red carpets and loud trance music in July, has neighbors at 265 Lafayette St. up in arms over the riotous party atmosphere.
But one unidentified building resident has taken matters into his own hands, emptying his bladder on the see-through ceiling from his apartment window above.
The stream of discontent prompted another apartment dweller to post a sign in the hallway that reads:
"I know not everyone is happy with Delicatessen but, please stop urinating on the glass roof. I have to buy a new a/c because you did not aim correctly! Thank you!"
"I didn't do it," says Mickey Campbell, 45, who has lived in the building for 18 years. "But I think it's damn funny, whoever did do it."
PICTURE and More
.
Keeping Mexican's in Mexico
Mexicans in fear of being abducted are getting GPS chips injected.
Fearful of kidnap during the upsurge of organized crime ravaging their country, middle-class Mexicans are paying thousands of dollars to have tiny transmitter chips injected into their skin so that law enforcers can locate their where abouts should they be held hostage.
Abductions increased by 40 per cent in Mexico between 2004 and 2007, making the country’s kidnap rate the worst in the world, ahead of Colombia and Iraq. Some analysts suggest that more than 6,500 Mexicans were kidnaped last year.
Each crystal-encased chip, the size of a grain of rice, is injected into the client’s arm by Xega, the Mexican security company manufacturing the transmitters. The chips send a signal that can be tracked by satellite to locate the client’s location.
The implant, usually placed in the arm, costs $4,000 (£2,200), with an additional annual payment of $2,200 — and it is no longer the preserve of the rich. "It’s not like we are wealthy people, but they’ll kidnap you for a watch . . . Everyone is living in fear," said Cristina, 28, one Xega client who did not wish to give her last name.
.
"DON’T DO DRUG’S"
......"Why You Ask?"
Man Tries To Amputate Own Arm
Police say a man tried to cut off his own arm at a Denny’s restaurant in Modesto, Calif., because he thought he had injected air into a vein while shooting cocaine and feared he would die unless he took drastic action.
Authorities say 33-year-old Michael Lasiter rushed into the Denny's restaurant late Friday and started stabbing himself in one arm with a butter knife he grabbed from a table.
They say that when that knife didn't work Lasiter took a butcher knife from the kitchen and started cutting it into his arm.
Lasiter was taken to a hospital for treatment of severe cuts.
.
Human finger found in homemade stew.
Posted by The Man at 9/01/2008 No comments: