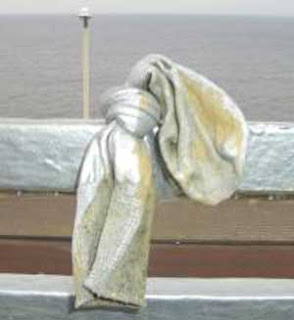 .
.
.
A paint job which produced a shining silver sock has left bosses red-faced.
Contractors sprucing up North Promenade took an astonishing short cut when they came across the abandoned footwear tied to a railing. Rather than remove it - they painted OVER it!
The lazy workers were today blasted by council bosses who described the gaff as an "embarrassing mistake".
Resort visitors and fellow decorating firms labeled it "the laziest thing we've ever seen".
.
.
.
.
.
Oldster said...
Union demarcation?
(Other wise it’s not in his job description to remove it.)
Posted by The Man at 9/18/2008 No comments:

Get it while they still can be gotten

One Size Doesn't Fit All 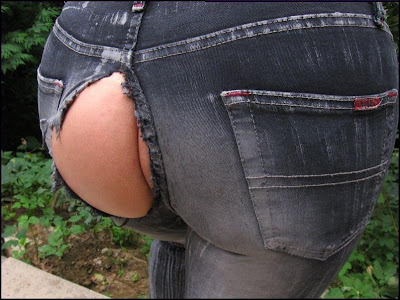 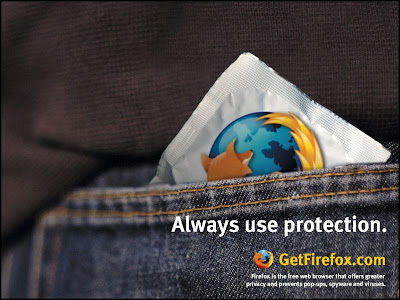 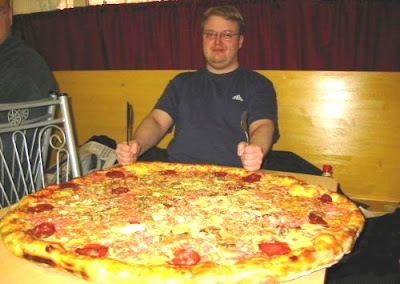 My friend Amy sent me a link for free $40 (USD) gas voucher redeemable only at BP gas stations. All you have to do is answer a few questions to get it.
I’m not sure how long this offer will be available.
Get yours here
Posted by The Man at 9/18/2008 No comments:

Hotel's 'no undie Sunday'
A Melbourne pub offering free alcohol to women who remove their underwear is one of a handful of maverick venues undermining the hotel industry, the Australian Hotels Association says.
The AHA has attacked a promotion by the Saint Hotel in the bayside suburb of St Kilda to give women $A50 ($NZ60.74) drink vouchers for removing their underwear in an event called "No Undie Sundie."
.
Drunk-driver unable to do community work
A man ordered to do 200 hours' community work for his sixth drunk driving offence today insisted he could not carry out the sentence.
"Why?" asked Judge Thomas Ingram who imposed the penalty on Allan Flint, 45, an administration officer, for driving while more than two times over the legal alcohol limit, dangerous driving and failing to stop for police.
"Because of chronic pain he has," his lawyer Ned Burke said for Flint in Tauranga District Court today.
"He tells me community work would kill him if he had to do it."
The judge: "Why can't he do light duties? He can hold down a job."
He said he would need to see a medical certificate before accepting that Flint was completely unable to do any community work.
.
Delivery man's fast food too fast for police
An Australian pizza delivery man gave fast food a new meaning when he was caught, and fined, for driving 53km over the speed limit.
The 20-year-old man, driving on a provisional driver's license, said he was speeding because he was 20 minutes late with his delivery in the tropical northern town of Townsville.
Police clocked him driving at 131kms in an 80 kph zone on Saturday, but waited for him to deliver his pizza before booking him.
On his return journey to the pizza shop, he was caught speeding at 133 km in the same zone.
Police sergeant Brendan White said on Tuesday the delivery man, who was not named, was fined $A1520 ($NZ1869.61) and lost his license for 15 months.
.
Woman, 77, admits cocaine charge
A 77-year-old woman caught with cocaine in her handbag told a court she needed a "lift" because she had been ill.Betty Lily Nicholls, of Bude, Cornwall, admitted possessing the class A drug with a street value of £1,300 when she appeared at Exeter Magistrates' Court. Her car was stopped on the M5 last November by police acting on a tip off.Magistrates adjourned the case and Nicholls was released on bail after being warned she could be sent for sentencing by a judge at Crown Court. The court was told when officers stopped the car near Poltimore, Devon, Nicholls appeared very nervous and "avoided eye contact".
A red handbag was found in the car, which had a yellow bag inside it - containing cocaine.
Nicholls told police: "I don't know what it is - I thought it was puff."
.
Woman recieved a £50 fine for taking a nap
Tired motorists are always being told to take a break on long journeys.
So Emma Faulkner thought she was doing the right thing when she pulled into a motorway services at midnight on the way home from London to Preston.
After dozing off in the car park, she woke at 4.30am and drove the remaining 60km (35 miles) of her journey - only to be sent a £50 fine a few days later.
The 24-year-old had been caught by cameras which snapped her number plate for overstaying the two-hour parking limit at Lymm Services on the M6, near Warrington.
.
Hotel Fires All The Male Staff
There’s no room at the inn — for randy male employees, that is.
A small hotel in Istanbul, Turkey, has fired its entire male personnel after repeated flings with foreign female tourists.
The manager of the hotel, which serves mostly British and Russian visitors, said the final straw was when she saw her bartender walk out of a bathroom with a British tourist. It’s a problem that repeats every year, she said.
.
Three-Ply Power
If two-ply toilet paper is good, then three-ply tissue must be better. At least that's what toilet-paper researchers in northeastern Wisconsin hope.
Yes, there is such a thing as a toilet-paper researcher. And a team of them at Georgia Pacific's Innovation Institute in Neenah has come up with a three-ply version of its Quilted Northern product.
The new product will be launched Monday. The company touts the toilet tissue as "ultra-soft" and says it plans to market the product to women 45 and older who view their bathroom as a "sanctuary for quality time."
Industry analyst Bill Schmitz is skeptical. He said extra layers make toilet paper stronger, not softer, although he said Georgia Pacific may have added extra fibers for softness.
.
Cyclist OK After Crash With Bear
He may have been going green by riding his bicycle to work, but a Montana middle school teacher is pretty black and blue after he struck a massive bear.
Jim Litz said he was traveling about 25 mph Monday morning when he came upon a rise and spotted a black bear about 10 feet in front of him. He didn't have time to stop and T-boned the bruin.
He tumbled over the handlebars, his helmet hit the bear's back and the two went cartwheeling down the road.
The 300-pound bear rolled over Litz's head, cracking his helmet, and scratched his back before scampering up a hill above the road.
Litz's wife drove by shortly after the crash and took her husband to the hospital. He hoped to be able to return to teaching science at Target Range Middle School by Friday.
Posted by The Man at 9/18/2008 No comments: