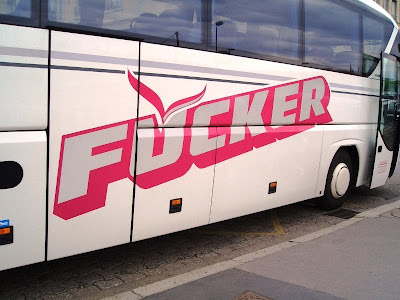 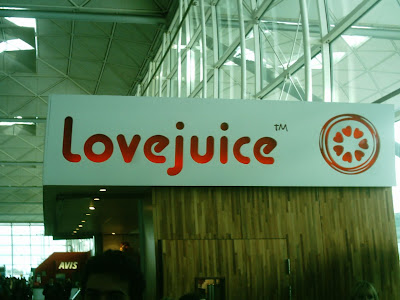 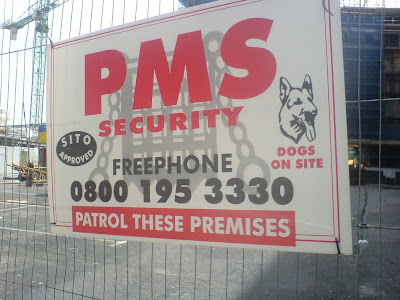 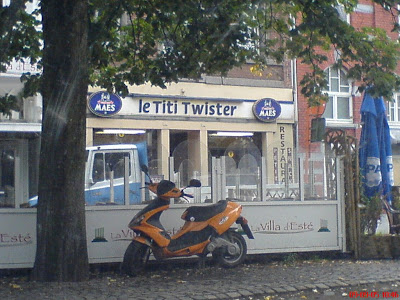 Look out! It's a suicide snowballer! 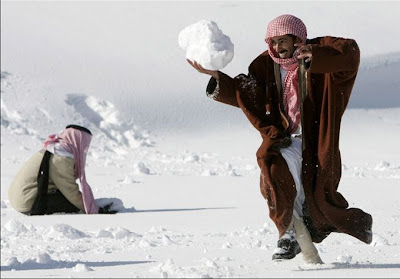 AmyOops said...
what a great caption!

A BUILDER hit back when he wasn’t paid for a £15,000 porch and conservatory – by demolishing them. Nigel Gray and his team had spent a week adding the features to Anita Dovey’s council house. But after a frustrating four months without payment they went to work there again – with SLEDGEHAMMERS. 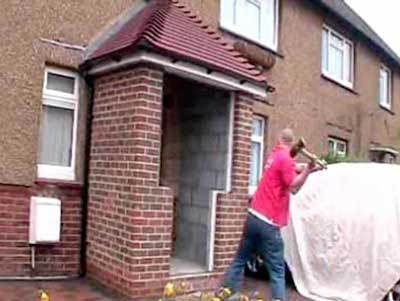 Nigel watched as two of his men smashed down their hard work while the Doveys cowered inside the home in Shoreham, West Sussex.
Mrs Dovey had shown Nigel a letter from another building firm saying she was due a refund that would cost the cover of his work.
But he received two cheques that bounced and says Mrs Dovey even falsely claimed her husband had DIED to get out of paying. 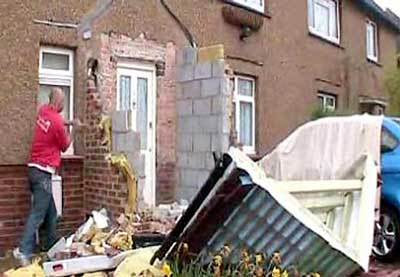 8-Foot Alligator Invades Woman's Kitchen
OLDSMAR, FLORIDA - An eight-foot alligator walked through the living room, down a hall and into the kitchen of a 69-year-old woman before she realized the reptile was in her house and called authorities.
Sandra Frosit, who lives east of Tampa, said she heard a noise coming from the kitchen at about 10:30 p.m. Monday night. Frosit said the gator must have pushed through the back porch screen door and gone inside through an open sliding glass door.
A trapper with Animal Capture of Florida removed the alligator, which had been cut when a plate was knocked to the ground. Frost was not injured.
.
Lynchings in Congo as penis thefts panic hits capital
KINSHASA (Reuters) - Police in Congo have arrested 13 suspected sorcerers accused of using black magic to steal or shrink men's penises after a wave of panic and attempted lynchings triggered by the alleged witchcraft.
Reports of so-called penis snatching are not uncommon in West Africa, where belief in traditional religions and witchcraft remains widespread, and where ritual killings to obtain blood or body parts still occur.
.
Postal carrier arrives at house just in time to stop baby's fall
ALBANY -- When a baby fell from a second-story window Monday, Lisa Harrell should not have been there to catch her.
Normally, the longtime letter carrier doesn't get to 306 Second St. until about 2 p.m. But on Monday, Harrell had an Express Mail package to be delivered to the address before noon.
.
Irish hospital removes wrong kidney from child
A hospital in the Republic of Ireland has admitted removing the wrong kidney from a sick child. The mistake, that led to a healthy kidney being removed, was described by Our Lady's Children's Hospital in Crumlin as an "unprecedented error". The Dublin hospital said it had given its sincere apologies to the family.
The young child now faces regular dialysis unless a donor kidney can be found. An internal investigation is being carried out by the hospital. The hospital described it as a "significant and regrettable medical error". The child has been discharged from the hospital.
.
Dental Nightmare: Woman Put Under, Forgotten
Oral Surgery Goes Awry As Patient Given Anesthesia And Then Left In Building While Employees Lock Up And Leave
BROOKLYN (CBS) For most, going in to get a wisdom tooth pulled is already a nightmare scenario. So imagine going in to get a wisdom tooth pulled, and then being locked inside the dental office and forgotten by the staff.
"I will not get anesthesia again. I don't care what procedure I have to go through, I just have to suffer through the pain."
.
Hold-up victims laugh at gunman
A shopkeeper and his wife who were held at gunpoint at their shop in Suffolk laughed at a would-be armed robber - because they thought it was a prank.
George Gillett, 59, and wife Mavis, 54, were closing G and M Corner Shop in Waveney Crescent, Lowestoft, on Saturday, when the gunman came in. He pointed a handgun at the couple and demanded the cash from the till.
But the couple burst out laughing and the man fled empty-handed. It was only later they realised the truth. Mr Gillett said: "We know all the young people around here and thought it was a joke. "Now we know what really happened we have been left a bit shaken up.
.
Baby thrown out of shop for 'Farting'
A WOMAN was asked to leave an Enfield charity shop after the assistants accused her baby of passing wind.
Dr Mine Dogantan Dack, a research fellow in piano music at Middlesex University, claims one of the assistants asked her to leave the British Heart Foundation (BHF) shop, in Palmers Green, on April 12, after implying her 17-month-old daughter had caused a stink.
Dr Dack said: "I told them that my baby didn't do a poo or (pass wind) while we were in the shop; and that even if she did they have no right to ask me to leave.
"Who gives the BHF staff the authority to act as the 'fart police'?
.
Tallest woman wants 3ft baby to outgrow her
Like mother like son. India's tallest woman, who stands 7ft 2in, claims her baby has grown to 3ft 2in in only 10 months.
Svetlana Singh says she hopes her child Karan, who already weighs three-and-a-half stone, will be the tallest man in the world.
Speaking in the family's home in Meerut, outside Delhi, Mrs Singh told how the hungry boy needs feeding an astonishing 20 times a day. "He just doesn't stop eating and never stops growing," she said. "He is only ten-months-old and wears clothes designed for five-year-olds.
Posted by The Man at 4/23/2008 No comments: