This hot girl is working out and her top pops open in front of everyone.
Sorry Guys It’s SFW

How to cut down on shoplifting

TRY to think about Tennis ..

Why You Ask?
This is Amy Winehouse just a few years back... 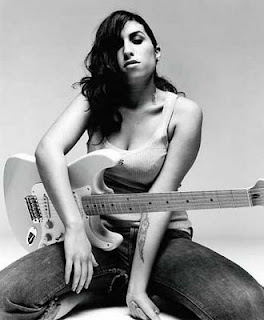 This is Amy Winehouse today 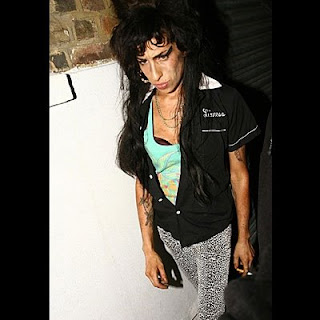 You never can have too much protection 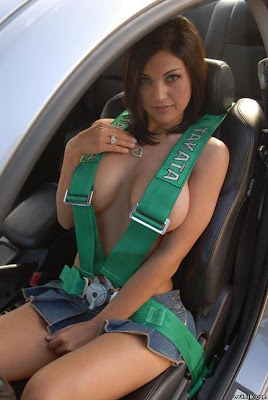 Not just a Racing Harness but Double D's Airbags

There are people in India that’s reducing their carbon footprint somewhat?
Posted by The Man at 9/29/2008 No comments: 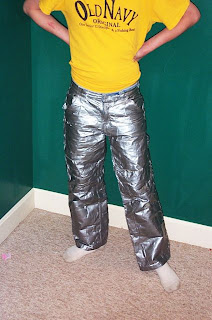 Click on and look close.
This guy put duct tape on a pair of jeans.
What some people do when they get bored. 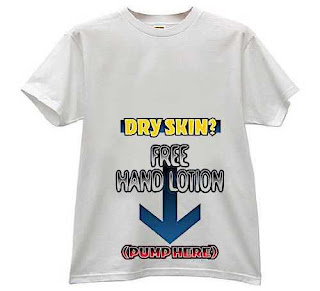 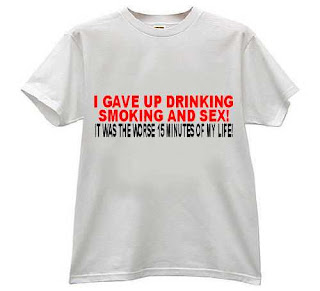 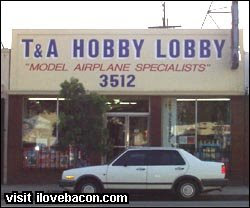 My kind of Hobby T&A 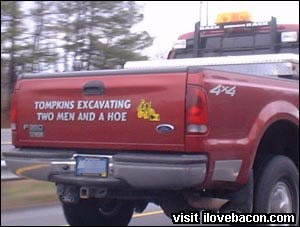 Women's bare flesh in winter 'a bigger turn-on for men'
A group of male subjects were asked, at different times of the year, to rate photos of women. They gave their highest scores in the winter and autumn, and their lowest scores in the summer.
There is no clear explanation for the variation, but the researchers say one theory is that fewer female bodies are on display in the winter, so the rarity makes them more attractive.
In the study, reported in the journal Perception, 114 men were shown pictures every three months over a period of five seasons.
There were three kinds of photographs: full body portraits of women in black swimsuits, exposed breasts of different sizes, and faces of young women.
Results showed that bodies and breasts were rated most attractive in autumn and winter, and least attractive in summer. On the other hand, there was no seasonal variation in ratings for faces -- which the researchers believe may be because women's faces are on view all year round.
.
Man Jailed for Faking Pictures of Rare Tiger
A Chinese farmer who claimed to have taken photos of a rare tiger was sentenced to two and a half years in prison on Saturday for faking the pictures, a court official and state media said.
According to official media accounts, Zhou, aged 54, heard that a reward of about $146,000 had been offered to anyone who found an endangered South China tiger in the wild, where one had not been seen for more than 20 years.
Last October, he emerged from the woods in Shaanxi with his claim of a tiger sighting, plus dozens of digital photos. The provincial forestry department rewarded him with $2,900.
While first intrigued, China's online community quickly exposed the animal as a paper tiger — an old poster propped up among the trees — because it was too shiny and did not change its position no matter where it was snapped.
The public called for an official investigation when someone produced an old poster with a photo that looked strikingly like Zhou's tiger and posted it online.
.
Man Dies After Eating Red-Hot Chili Sauce as a Dare
An aspiring chef died after eating a super-hot chilli sauce as part of an endurance competition with a friend.
Andrew Lee, 33, challenged his girlfriend’s brother to a contest to see who could eat the spiciest sauce that he could create.
Andrew, who wanted to cook for a living, prepared a tomato sauce made with red chillies grown on his father’s allotment. After eating it, however, he suffered intense discomfort and itching. The following morning he was found dead.
Toxicology tests are being conducted to try to establish if he suffered a reaction to the food.
Lee’s sister, Claire Chadbourne, 29, said that he took a jar of the sauce to the home of his girlfriend, Samantha Bailey, and challenged her brother Michael, 29, to see who could eat it.
"He apparently got into bed at 2.30am and started scratching all over. His girlfriend scratched his back until he fell asleep. She woke up and he had gone. It is incredible. Who would have thought he could have died from eating chilli sauce?
.
In the News
Cadbury Recalls Chinese-Made Chocolates, Safety in 'Doubt'
.
Kraft, Mars Probe Reports of Tainted Oreos, M&Ms
.
Posted by The Man at 9/29/2008 No comments: