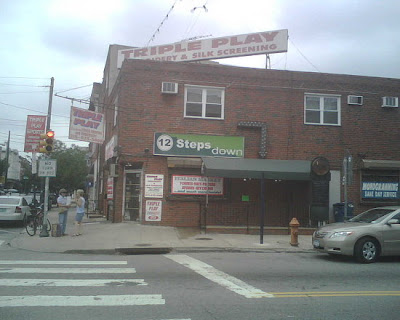 The "DEAD" Makes The News

"Dead Man" comes back to life during his autopsy Creepy!
Venezuelan man who had been declared dead woke up in the morgue in excruciating pain after medical examiners began their autopsy.
Carlos Camejo, 33, was declared dead after a highway accident and taken to the morgue, where examiners began an autopsy only to realize something was amiss when he started bleeding. They quickly sought to stitch up the incision on his face.
"I woke up because the pain was unbearable", Camejo said, according to a report on Friday in leading local newspaper El Universal. His grieving wife turned up at the morgue to identify her husband's body only to find him moved into a corridor - and alive.

How come they thought he was dead?
Didn’t they check his pulse?

“Dead Woman” sentenced to four years
The last time Shawnda K. Hatfield was scheduled to appear in court for sentencing on a forgery conviction, a newspaper obituary announced her unexpected death and cremation. On Thursday, however, the 41-year-old Dunkirk woman was alive - if not especially well - when she was sentenced to four years in prison by Delaware Circuit Court 3 Judge Robert Barnet Jr.Hatfield maintained she did not have a clue as to how or why her death notice was published in The Star Press on Aug. 30. That was the day she was originally scheduled to be sentenced by Barnet.
Posted by The Man at 9/15/2007 No comments:

Labels: In The News, Just Weird, What a "Dumb Ass"

Man Arrested For Breast Pump Thefts
Police in a Minneapolis suburb are investigating several Target store robberies after catching man with several pricey breast pumps in his possession.
Steven Shane Uman, 40, of Dallas, was stopped at the Eden Prairie, Minn., Target store last week after an employee allegedly saw him remove a bar code label from a breast pump retailing for $249.99, replacing it with a fake label so $34.99 rang up, the St. Paul Pioneer Press reported Friday.
Click Here To Read More

Man Steals Car To Turn Himself In
A western New York man faces grand larceny charges after being pulled over in a car that he said he stole so he could turn himself in on another charge.
Ontario County sheriff's deputies say they pulled over Vincent Estrada Junior, 29, and found that the car he was driving had recently been stolen from a parking lot.
Click Here To Read More

Man Calls 911, Complains To Police His Pot Was Stolen
A man who told police marijuana and liquor were stolen from his home was arrested Wednesday after he repeatedly called 911 and cussed at a dispatcher.
Patrick Darnell Hunt, 39, told police he returned home after spending four days in jail to find his house broken into. Among the items Hunt told police were stolen included three TVs and three DVD players as well as a half-pound of marijuana and liquor.
Click Here To Read More
Posted by The Man at 9/15/2007 No comments:

What Where When and Why 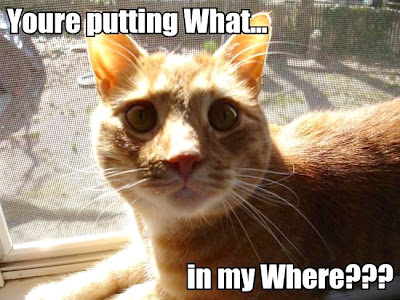 I'm outta here "Catch Me If You Can!" 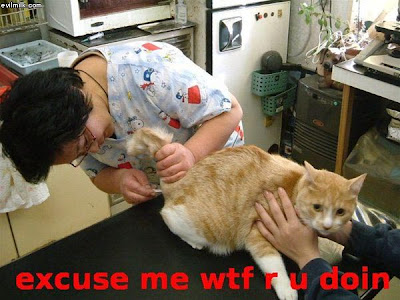 Beauty And The Beast

Beauty And The Beast


Them some nice puppies!

At one point, I actually looked at the dog.

This picture cracks me up! 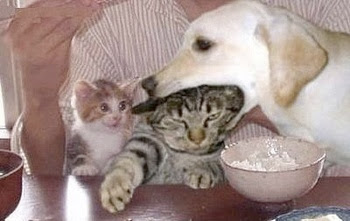 The look on the big cat's face:
Here she goes slobbering on me again...this dog is so Fricken Annoying...
.
The look on the kitten’s face:
Yep! I’m going to be an Orphan...
.
The woman holding the cat:
Get that out of your mouth, you don’t know where it’s been...
Posted by The Man at 9/15/2007 No comments: 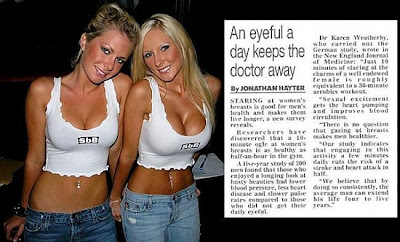