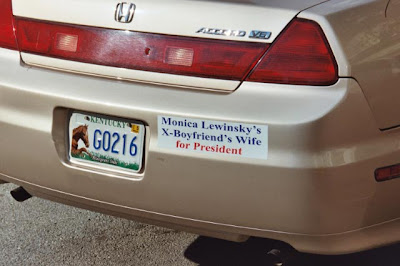 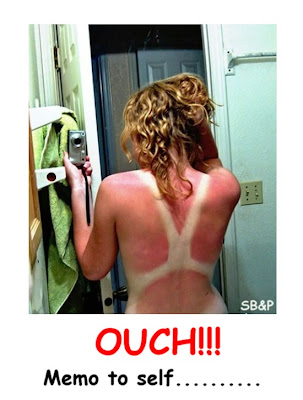 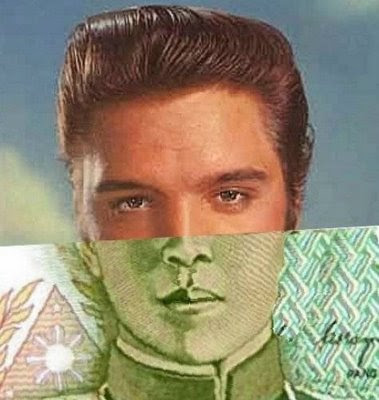 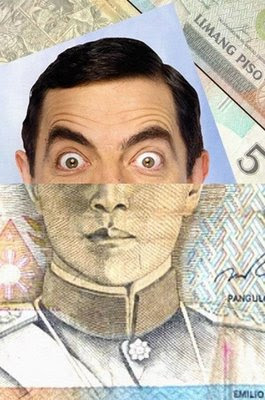 This chick jumps off a strange swinging contraption and proceeds to do some backflips in the air. Her landing does not go well.
.

Dirty Job (Mike Rowe been there and done that) 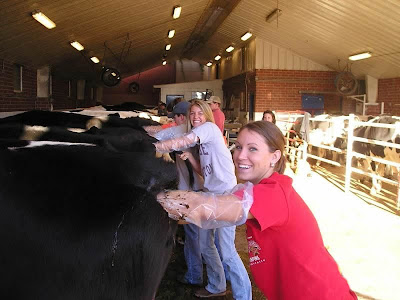 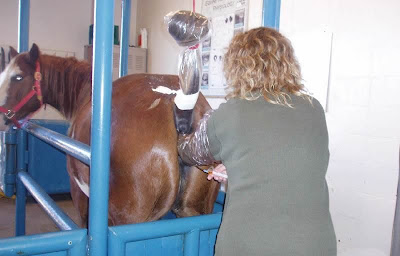 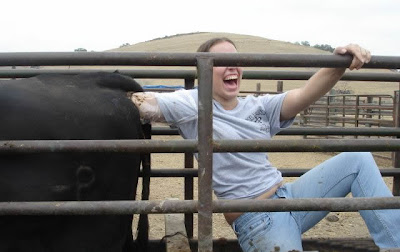 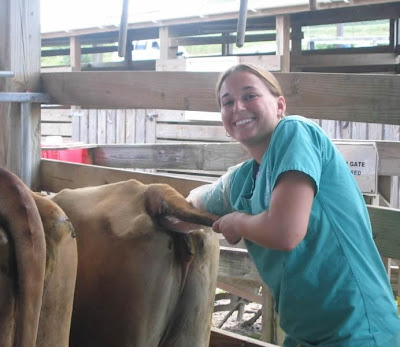 It's all in the timing! 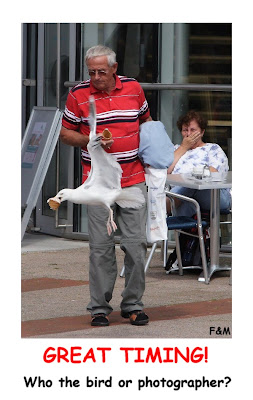 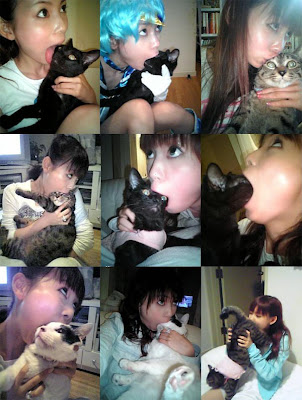 Check out the last picture
I’m not going to even try and describe what’s going on….
I think this girl got a bit confused by the entire thing…
Posted by The Man at 1/16/2008 4 comments:

It was a wild scene at a Penn Hills, Pennsylvania business Sunday as the great outdoors came indoors.

A trio of galloping does crashed and careened through an Aaron's Rental and Sales store.

Surveillance video captured the fur flying from one end of the store to the other.

The animals left behind lots of scratches and even some blood on many items.

The deer crashed through a front window at 3 p.m. Sunday, setting off the burglar alarm and sending in the Penn Hills police.

The does exited the store by crashing into two other windows.

The store was closed Monday for cleanup and repair.

No one was injured.
. 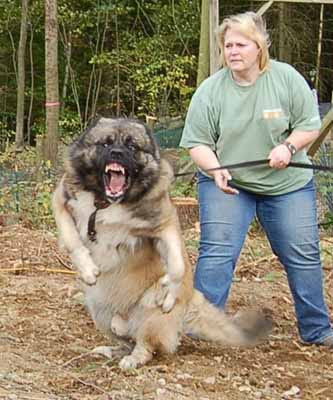 This is one mean dog!
These dogs are popular in Russia with a need to protect livestock and property.
This is truly an amazing animal; he looks more like a small bear than a dog!
I bet this dog would make a Pitbull lose control of its bowels in a dog fight.
I sure wouldn't want to be anywhere near this mean dog!

Family continues road trip to Ore. with dead grandma in RV
A Hillsboro family says it was a labor of love that prompted them to drive their dead grandmother halfway across the country in an RV.
Family members said they were advised by a doctor that if their ailing grandmother passed away during the cross country road trip, they should continue on, and that's exactly what they did. Polly Craft, 79, wanted to return to Oregon to see relatives before she died. She suffered from kidney failure and Alzheimer's disease.

Dude shoots himself in nuts while robbing store
Police say a man accidentally shot himself in the groin as he was robbing a convenience store. A clerk told police a man carrying a semiautomatic handgun entered the Village Pantry Tuesday morning demanding cash and a pack of cigarettes. The clerk put the cash in a bag and as she turned to get the cigarettes, she heard the gun discharge. Police say surveillance video shows the man shooting himself as he placed the gun in the waistband of his pants. The clerk wasn't injured. A short time later, police found Derrick Kosch, 25, at a home with a gunshot wound to his right testicle and lower left leg. » Article here

Dude drives his car into McDonald's after not getting fries
Police said a man was so angry he didn't get the fries he ordered he rammed his car into a McDonald's restaurant. Jacksonville police said David Spillers drove through the play area and smashed into the side of a McDonald's restaurant and then sped off. Police tracked him down by following a trail of broken glass to his car, which was parked at a nearby apartment complex. No one was injured in the incident. Spillers is facing several charges. » Article here

Hold On, Officer
A motorist who paid a speeding ticket he got from a state trooper who used out-of-state license plates on his unmarked patrol car wants his money back.
"What gives the police the right to drive illegally on the highway?" said Dave Milbrandt, a company finance manager. "Do they have a special exemption?"
Click Here To Read More

Watch what you hang from trailer hitches
Drive in Virginia with outsized rubber replica testicles dangling from your trailer hitch and face a fine under a bill before the General Assembly. Taste and even decency not with standing, Del. Lionel Spruill introduced the bill yesterday as a safety measure: male genitalia swaying from a car distracts other drivers. His bill would make displaying the ornamentation a misdemeanor punishable by a fine of up to $250.

Fire family saved by trampoline
A mother and her two children were saved from their burning house in Norfolk thanks to a quick-thinking neighbour and a trampoline. Fire crews were called to the house in King's Lynn in the early hours to find a fire on the ground floor and the woman and children trapped upstairs. The children were thrown to neighbour Stephen Kirk who then put a trampoline under a window to save the mother.

Mouse foot in pickles 'normal'
A Slovenian woman who found a mouse foot in a jar of pickles was shocked to be told it was "completely normal". Lenka Komparova contacted the Health Ministry as she prepared to sue the company producing the food. But, instead of supporting her claim for compensation, officials said she should see the mouse foot as a "special additive". Ministry spokeswoman Vivijan Potocnik said: "It is completely normal in big factories to have mice wandering around, and yes, every now and then they get caught amongst the machines and do get bottled, seasoned, preserved and even make it in one piece to consumers." Although not very pleasant to see, however, they pose no health threat at all. During the preservation process even traces of any salmonella bacteria are eliminated in food. A mice-foot therefore could be classified as a special additive to the pickles."
Posted by The Man at 1/16/2008 No comments:

Two California Highway Patrol Officers were conducting speeding enforcement on I-15, North of MCAS Miramar. One of the officers was using a hand held radar device to check speeding vehicles approaching near the crest of a hill.
The officers were suddenly surprised when the radar gun began reading 300 miles per hour. The officer attempted to reset the Radar gun, but it would not reset and turned off. Just then a deafening roar over the tree tops revealed that the radar had in fact locked onto a USMC F/A-18 Hornet which was engaged in a low flying exercise near the location.
Back at the CHP Headquarters the Patrol Captain fired off a complaint to the USMC Base Commander.
.
A reply came back in true USMC style: Thank you for the message, which allows us to complete the file on this incident. You may be interested to know that the tactical computer in the Hornet had detected the presence of, and subsequently locked onto your hostile radar equipment and automatically sent a jamming signal back to it.
Further more, an air to ground missile aboard the fully armed aircraft had also automatically locked onto your equipment. Fortunately the Marine Pilot flying the Hornet recognized the situation for what it was, quickly responded to the missile system alert status and was able to override the automated defense system before the missile was launched and your hostile radar was destroyed.
.
Thank you for your concerns.
MCAS Miramar
Base Commander
Posted by The Man at 1/16/2008 1 comment: