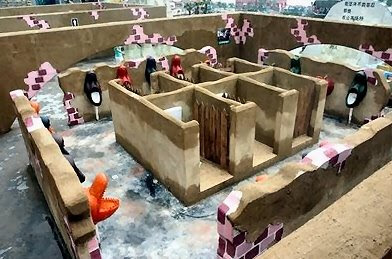 China has just unveiled what could be the world’s largest restroom - a towering 4 story building with over 1,000 toilets spread out over its 30,000 square feet. The restroom complex includes both indoor and outdoor toilets, some that can be viewed from nearby (I wonder if this is an attraction for some users?).
Many toilets are custom made or unusually shaped, and some areas also have TVs and “gentle music” according to Lu Xiaoqing, an official with the area tourism bureau.
As an extra attraction for tourists, locals are hoping the bathroom will be certified as the world’s largest by the Guiness Book of World Records soon. They also expect people to come back for more … as stated by Lu: “after they use the bathroom they will be very, very happy.”. Right.
URINALS IN HOMES 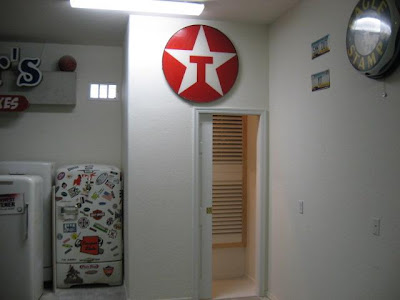 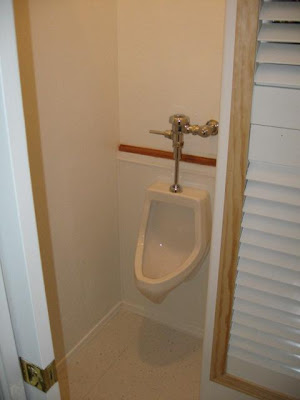 THAT'S RIGHT URINALS ARE NOT JUST A GUY THING 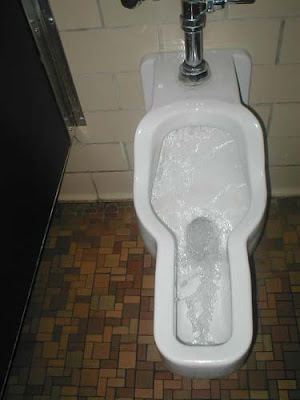 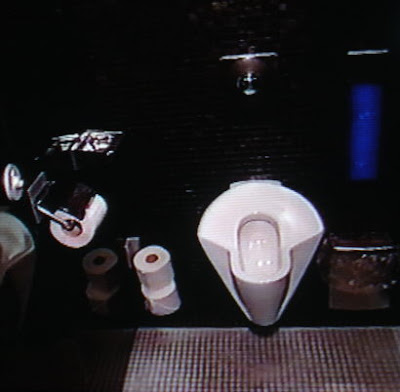 From the movie SUPERBAD
Penis Drawings
Posted by The Man at 8/11/2007 No comments: 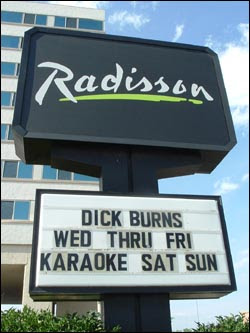 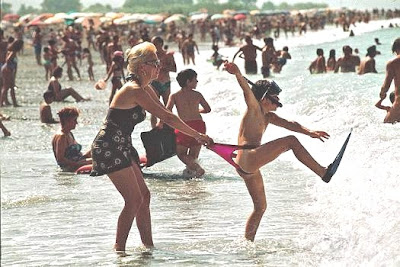 Hold on there kiddo
Hold it kiddo
Stop right there.....Buster/Mister/Kids Name
Posted by The Man at 8/11/2007 No comments: 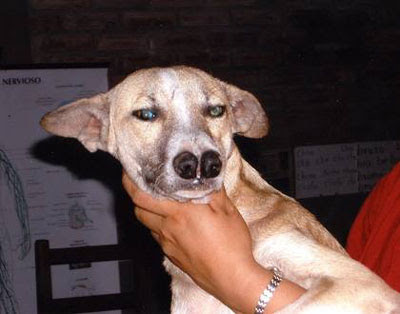 Explorer Colonel John Blashford-Snell has had close encounters with vampire bats and angry bees, but his latest brush has been with a rather odd dog.
He spotted a rare breed of Double-Nosed Andean tiger hound, which has two noses, on a recent trip to Bolivia. The chairman of the Scientific Exploration Society said the dog, named Xingu, was "not terribly handsome". He said: "This breed could be used for sniffing out mines or narcotics because they have an enhanced sense of smell."
With audio link.
Posted by The Man at 8/11/2007 No comments:

2. Christmas became a national holiday in the US in 1890.

3. Cows sweat through their noses.

5. Despite a population of well over one billion people, there are only an estimated 250 million televisions in use in China.

7. Cleveland law forbids you to operate a motor vehicle while sitting in another person's lap.

8. Dave Matthews relocated to the United States to avoid service in the South African Military.

9. Don't even think about having sex while in a moving ambulance in Tremonton, Utah as it is extremely illegal. Of course, a stationary ambulance is another story.

10. Dentists have recommended that toothbrushes be kept at least six feet from toilets to avoid airborne particles resulting from the flush.

11. Dolphins can look in different directions with each eye. They can sleep with one eye open.

13. Coffee was first known in Europe as Arabian Wine.

15. Donald Duck comics were banned from Finland because he doesn't wear pants.

16. During pregnancy, the average woman's uterus expands up to five hundred times its normal size.

17. China was the first country to use paper money.

18. During the average human life, you will consume 70 assorted bugs as well as 10 spiders as you sleep.

19. Did you know that crocodiles never outgrow the pool in which they live? 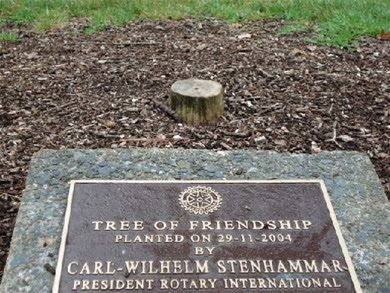 Should have had a better calling plan. 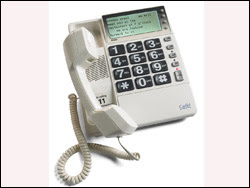 Man receives $218 trillion phone bill
A Malaysian man said he nearly fainted when he recieved a $218 trillion phone bill and was ordered to pay up within 10 days or face prosecution. Yahaya Wahab said he disconnected his late father's phone line in January after he died and settled the $23 bill. But Telekom Malaysia later sent him a $218 trillion bill for recent telephone calls along with orders to settle within 10 days or face legal proceedings. It wasn't clear whether the bill was a mistake, or if Yahaya's father's phone line was used illegally after after his death."If the company wants to seek legal action as mentioned in the letter, I'm ready to face it," Yahaya said. "In fact, I can't wait to face it."
Posted by The Man at 8/11/2007 No comments:

Being Guilty Before The Crime - Why else would he do it?

Man charged with stealing urine samples
Police say a Valparaiso man has confessed to breaking into a probation office to steal urine samples.23-year-old Joseph Klinkman faces a burglary charge. Police say he broke into the Porter County PACT office Tuesday night and took his own urine sample and one provided by a friend. According to investigators, Klinkman said he panicked when he discovered that the urine was going to be tested for a drug that he didn't expect they'd be testing for. Police don't believe the friend was involved in the test, but both men were ordered to provide new urine samples. Chief Probation Officer Neal Hannon says he's never encountered a urine theft in his 37 years on the job.
Posted by The Man at 8/11/2007 No comments:

Three girls were found guilty of sexual assault on a teenage boy.

The boy, who was 17 at the time, sobbed in court as he told how the trio stripped him to his socks during a flurry of kicks, punches and beatings with a broom handle.
He said the girls “were like a pack of hyenas” as they forced him to fondle himself during a 3½-hour ordeal filmed on a mobile phone at a flat in Woolwich, South London.
The girls also smeared him in oil and tomato sauce then made him sit in a cold bath.
The court heard he could not escape due to a leg injury. He was treated in hospital for cuts and bruises and later claimed he was attacked by four men, as he was so embarrassed.
Two girls aged 17 and one aged 16, who cannot be named, were found guilty at Inner London Crown Court of actual bodily harm, false imprisonment and causing a person to engage in sexual activity without consent. They remain in custody to face sentence on August 30.
Posted by The Man at 8/11/2007 No comments:

Being Left HIGH and DRY 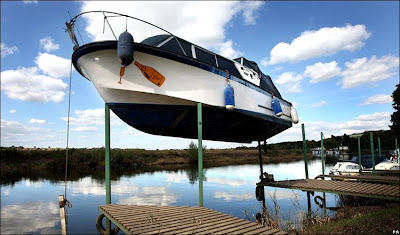 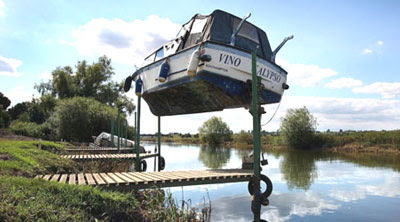 Mrs Denny, and partner Richard, a motivational guru, have had to be patient, waiting for the soil to harden before the stranded cruiser could be moved by crane.