I know where you have been 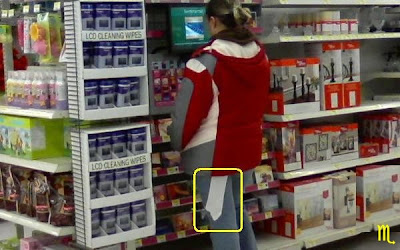 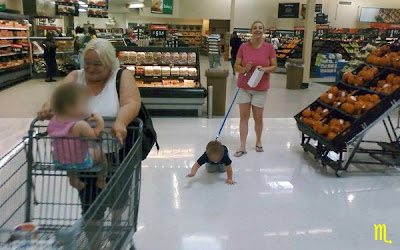 Snake with foot found in China 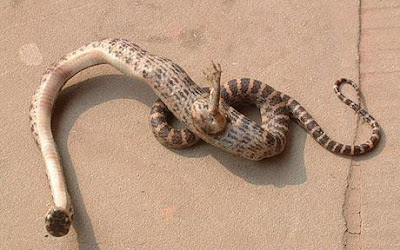 A snake with a single clawed foot has been discovered in China, according to reports.
"I woke up and heard a strange scratching sound. I turned on the light and saw this monster working its way along the wall using his claw," said Mrs Duan of Suining, southwest China.
Mrs Duan said she was so scared she grabbed a shoe and beat the snake to death before preserving its body in a bottle of alcohol.
The snake – 16 inches long and the thickness of a little finger – is now being studied at the Life Sciences Department at China's West Normal University in Nanchang.
Snake expert Long Shuai said: "It is truly shocking but we won't know the cause until we've conducted an autopsy."
A more common mutation among snakes is the growth of a second head, which occurs in a similar way to the formation of Siamese twins in humans.
Such animals are often caught and preserved as lucky tokens but have very little chance of surviving in the wild anyway, especially as the heads have a tendency to attack each other.
.
Posted by The Man at 9/15/2009 1 comment:

Red Chair is doing the job of an Orange Cone 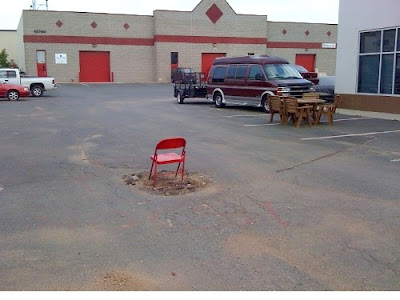 Just to let everyone know that I have not been slacking on my posts.
I had foot surgery earlier this year and wasn't able to do much work around my home. I am outside trying to catch up my up keep on my house. I should be all done with it around the first of October and I should be back posting 8-10 a day. Until then I will try to post something everyday until then.
Thanks for reading my blog and I hope you understand.
.
Posted by The Man at 9/15/2009 5 comments: