WISCONSIN RAPIDS, Wis. — Sure, gas prices have come down lately. But to 34.9 cents a gallon?
That’s what Kelly Joosten and dozens of other motorists paid at a Citgo station Monday. The sign advertised $3.43 for a gallon of premium fuel, but the pump cost read $0.349 a gallon.
"That was amazing," said Joosten, who normally spends about $100 to fill up her 1998 Ford Expedition. Joosten proudly showed off her receipt for 25.36 gallons at $8.85. She said she saw other motorists filling gas cans, too, at the discounted price.
Station owner JP Raval says the attendant on duty couldn’t figure out why the station was suddenly so busy.
Raval estimated 40 customers fueled up at the incorrect price — about 300 gallons worth — for about 90 minutes."People kept coming, so fast," Raval said. "Everything was crowded; it was like a fairground."
Posted by The Man at 10/15/2008 No comments: 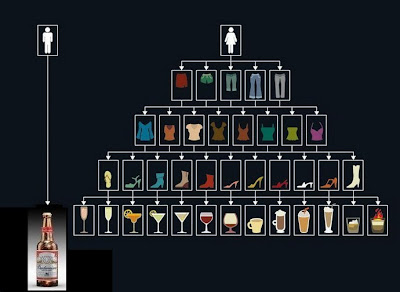 For 3-year-olds and older 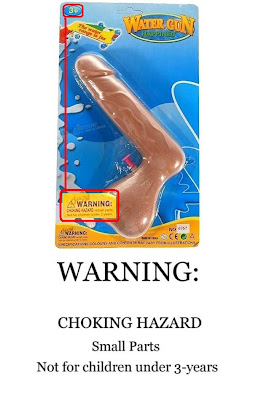 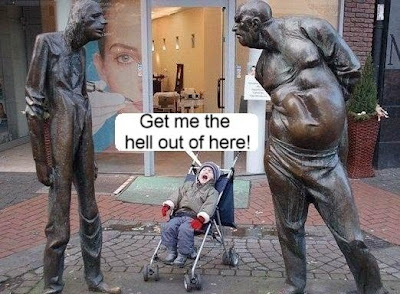 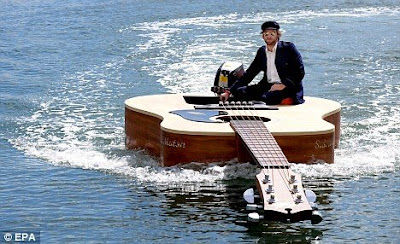 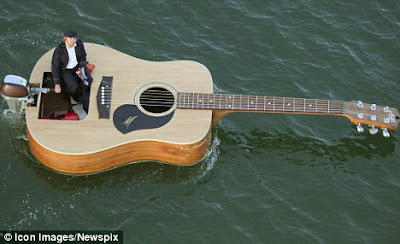 Quiet your father is sleeping 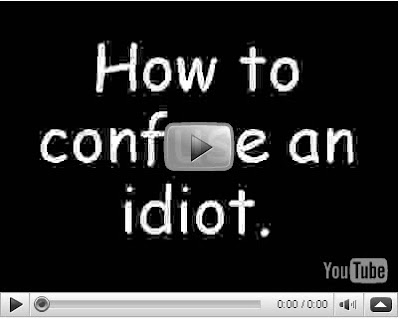 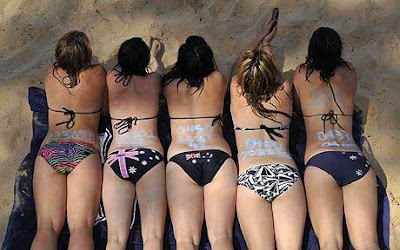 Australian teenage girls have been warned over the dangers of painting their phone numbers onto their skin while they sunbathe on public beaches.
Groups of young girls have been photographed in bikinis with their mobile numbers written on their backs using blue-colored zinc sun-block.
The 14 and 15-year-olds said they had travelled from Sydney’s inner suburbs to Cronulla Beach in the city’s south and Manly Beach in the north to "meet boys" and hoped the unusual tactic would encourage a few phone calls.
However, child protection agencies said the stunt was likely to attract the wrong type of attention.
One 15-year-old, identified only as Lizzy, admitted older men had been quickest to respond: "An old guy tried to talk to me. He was trying to take pictures of us," she told local newspaper The Manly Daily.
Child protection experts cautioned other teenagers against copying the stunt.