All Good Things Must Come To A End 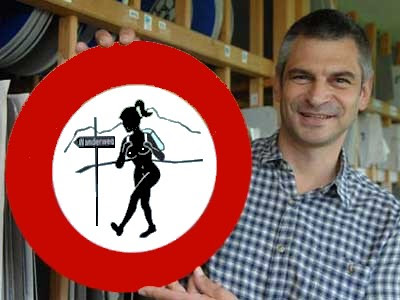 Policeman hits 14-year-old girl in head with Taser
A girl from New Mexico is recovering after being hit in the head with a Taser by police.
It all started when the girl got in a fight with her mother. Her mom drove her to the police station looking for help.
When they got there the girl took off running and the police chief later found her in a nearby park.
When he approached the girl the chief says she took off running again. He says he told her to stop, but when she didn't, he hit her with the Taser.
The girl says that's not what happened.
"He didn't try to do anything, he just decided to use the Taser," said the girl.
The Taser hit the girl in the head and back. She fell and a stick got lodged in her face. She had to have surgery and now has staples in her head where the Taser hit her.
The girl's mother says she's outraged and filed a lawsuit against the police department.
The police chief says he defends his actions.
.
Australian town bans bottled water
A remote town in south-eastern Australia has become the first place in the world to ban bottled water.
Bottled water: Shops in the town will now be banned from stocking and selling bottled water and filtered water fountains will be placed on Bundanoon's main street
Bundanoon, located in the picturesque Southern Highlands of New South Wales and boasts a population of just 2,000, voted by a huge majority in favour of the move with a show of hands at a public meeting.
Shops in the town will now be banned from stocking and selling bottled water and filtered water fountains will be placed on Bundanoon's main street so people can fill their bottles for free. Visitors to the town will also be discouraged, but not banned, from drinking bottled water.
Locals decided to act when drinks company Norlex Holdings announced plans to tap an underground reservoir in the town, truck the water up to Sydney and then send it back in bottles.
.
Corpse that moved around
An Oklahoma couple has been arrested for investigation of burying a young girl then digging up her remains and moving the body from state to state for more than a year, authorities said Tuesday.
Abel Wolf, 35, and Denise Wolf, 40, were being held without bail in the Hill County jail in Havre after being charged in Oklahoma with unlawful removal of a body, authorities said.
An autopsy will be done to determine the cause of death and whether the remains are those of Abel Wolf's 11-year-old daughter Cheyenne, said Jessica Brown, a spokeswoman for the Oklahoma State Bureau of Investigation.
Abel and Denise Wolf were arrested Thursday near Rocky Boy's Indian Reservation southwest of Havre.
.
Man drunk on mouthwash performs oral sex on unconscious sister
A man drunk on mouthwash who performed oral sex on his unconscious sister in Rainbow Park was sentenced to jail-time served and three years probation Tuesday in Sarnia court.
The 38-year-old pleaded guilty to committing an indecent act May 4 in the south Christina Street park.
A publication ban was imposed to protect the sister’s identity.
The man doesn’t recall the incident but didn’t dispute it occurred, based on a witness’s statement.
A family visiting the park about 6:30 p.m. came upon the couple on a park bench, police had reported earlier.
Defense lawyer Robert McFadden noted his client was incomprehensible when arrested because he and his sister had been drinking alcohol-laced mouthwash.
The woman was intoxicated and unconscious throughout the incident.
.
Barmuda manager faces theft charges
A former Barmuda Corp. manager faces felony theft charges for allegedly embezzling more than $6,800 from the company.
Patrick John Snyder, 33, of Las Vegas and formerly of Cedar Falls, faces an arraignment hearing Wednesday for second-degree theft.
Cedar Falls Police received a report of theft from Barmuda management in September. A search warrant was issued and police found some receipts and drug paraphernalia at Snyder's residence on Main Street at that time.
Police said Snyder skimmed deposits from the Bourbon Street restaurant, then tried to make up those lost deposits with portions of profits from subsequent days.
.
Posted by The Man at 7/09/2009 2 comments:

Eat too much noodles and that's exactly what you're gonna be 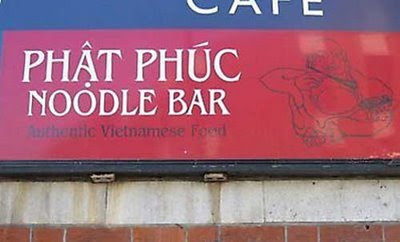 Drunk female having to a pee

Too Much Chocolate Kills Man

Man dies after falling into vat of chocolate
A man has died after falling into a vat of boiling melted chocolate in a New Jersey processing plant.
The man identified as 29-year-old Vincent Smith II. He was a temporary worker at the Cocoa Services Inc. plant.
The bizarre accident took place at 10.30am on Wednesday morning. Mr Smith was standing on a plank above the vat loading chocolate into a tank where it is melted and mixed before being shipped elsewhere to be made into chocolate bars.
A co-worker tried to shut off the machine and two others tried to pull Mr Smith out of the 8-foot-deep vat.
However, they could not save him because he was hit and fatally injured by the agitator that mixes the chocolate.
Fox News reported he was in the vat of boiling chocolate for 10 minutes before rescue crews arrived on the scene. When the ambulance crew finally pulled him out he was dead.
The tank, reportedly filled with chocolate bound for Hershey bars, was heated at 120F
.
.
Posted by The Man at 7/09/2009 3 comments:

A Day at the Beach 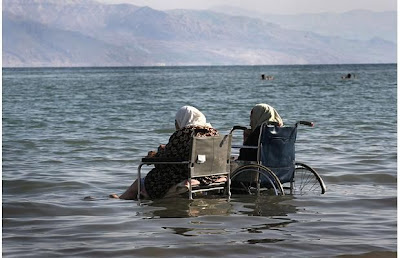 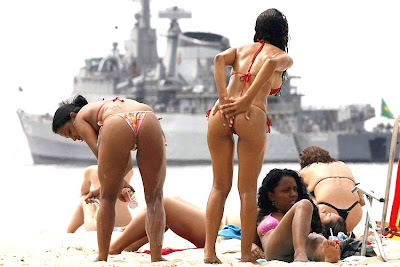 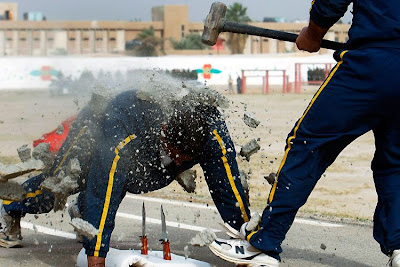 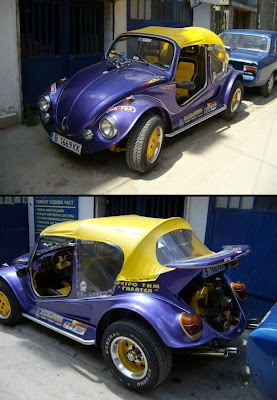