Man Guilty Of Killing Woman for $6 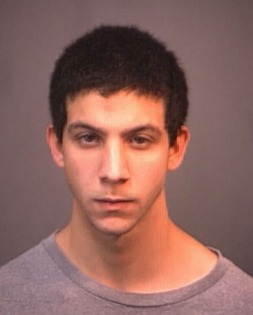 .
On Thursday, a jury found Tanguay guilty of murder.
"He stabbed his victim 37 times. We know that 36 of them, the victim was still alive and the final wound was when he took the knife from ear to ear," assistant state attorney Tom Brown said.
.
Posted by The Man at 5/07/2011 No comments:

On Monday, William Abrons walked into the CVS store in with his face, arms and hands covered in gauze bandages. At the counter Abrons pulled out a silver handgun and demanded money from the pharmacy technician opened the register.
When the tech backed away from the register, the robber pulled the trigger several times, but the gun did not fire, the affidavit said.
When Abrons bolted from the store to nearby Laundromat he left behind a trail of cash.
That where cops caught up to him: In front of washer No. 39, in which he hid his silver, .22 caliber handgun.
Then, in court on Wednesday, the judge did a double-take after calling Abrons' name — he recognized Abrons as his shoeshine guy that worked in front of the courthouse.
..
Posted by The Man at 5/07/2011 No comments:

Teenager carries friend on back for eight years

In , , a teenager named Lui Shi Ching, 16 years old, has carried his friend to school daily for the last 8 years. His friend Lu Shao has a congenital disorder which makes it difficult for him to walk.
. 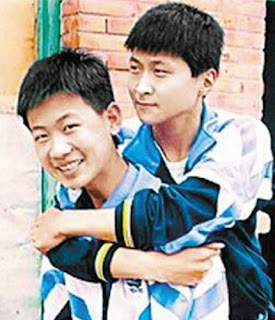 .
Eight years ago on a rainy day, Lu shao was stuck at school when his mom didn't come to pick him up. Lui Shi Ching, who was smaller than Lu Shao, decided to help and carried him home. Since then, he has carried Lu shao to and from school and even to restrooms.
Lui shi ching said in an interview: "How did I carry him when he's so heavy? I was happy helping him out and it's been 8 years already."
Lui Shi Ching didn't brag about his good deeds too much; his parents didn't even find out until 4 years after he first helped out his friend.
Lu Shao mentioned in his diary that Lui Shi Ching's help has lifted a dark cloud in his life and let sunshine into it.
.
Posted by The Man at 5/07/2011 2 comments:

I want a new penis

Zaprian Lozanov, a Bulgarian man who had his penis chopped off by his best friend Lyubomir while he was demonstrating his martial arts skills, is to help him get a new job - so he can pay for a new manhood.
. 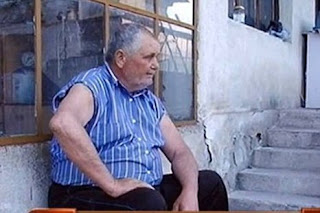 .
The painful incident happened at 61-year-old Mr Lozanov's flat just outside the city of , where the two had been getting hammered for most of the day.
Mr Lozanov's friend Lyubomir Todorov, 43, decided it would be a great idea to take a decorative - but very real and very sharp - samurai sword hanging on the wall to demonstrate his flawless control of a weapon while intoxicated.
The result was pretty much inevitable, as Mr Todorov began swiping wildly with the sword.
Our unfortunate victim picks up the story: 'He told me he was a martial arts expert - he was whizzing it around his head.
'I went to try and take it off him before he caused an accident - and then he slashed it in front of me.
'I thought he'd missed but then I felt a burning pain and collapsed. He'd sliced the sword through my trousers and lopped off my penis.'
.
Posted by The Man at 5/07/2011 No comments: