Here Are Some Of The World's Wackiest Holidays 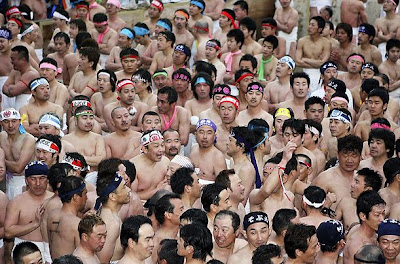 Inazawa, Japan: Hadaka Matsuri, The Naked Festival
.
Hidden somewhere in the midst of all these men in loincloths is one fully naked man.
Touching him is believed to bring good luck and happiness. 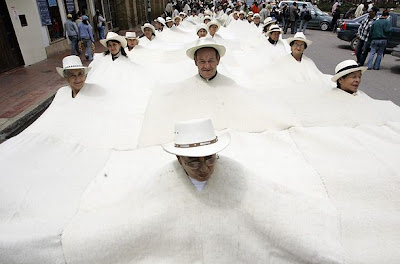 Designed to promote the work of local artisans who weave traditional wool ponchos,
The parade and festival are a relatively new celebration. 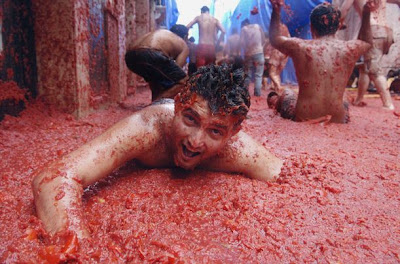 People pelt each other with over 250 lbs. of tomatoes in a span of 60 minutes.
The event modestly described as the world's largest tomato fight. 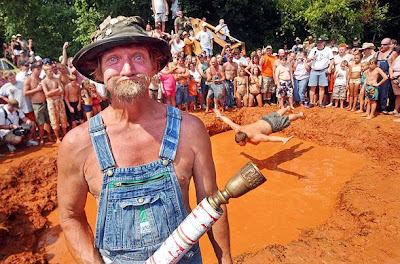 L-bow, the official mascot of the Summer Redneck Games, poses next to the mud pit with the festival's ceremonial torch.
Started in 1996 as a spoof of the summer Olympics held in Atlanta, the Games feature bobbing for pigs feet, hub cap hurling and the Redneck mud pit belly-flop contest.

Alaskan Black Bear In Our Car

Funny Dizzy Kid
How would he manage the tea cup ride at Disneyland?
Posted by The Man at 9/18/2007 No comments:

Product of the Day: After Dinner Nipples

I wonder how long it would take your guests to notice they were eating cookies shaped like nipples? Maybe if your main course was fava beans and the drink of the evening was Chianti, they'd get very, very uneasy.
Posted by The Man at 9/18/2007 No comments: 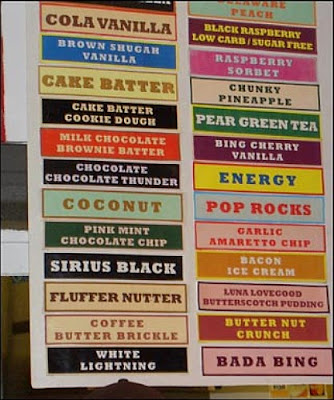 I wouldn't order the Garlic Amaretto Chip or the Bacon Ice Cream
I don't know what the Sirius Black is?
The White Lightning sounds like alcohol.
Posted by The Man at 9/18/2007 No comments:

Drunken Men's "Mooning" Goes Horribly Wrong
A failed practical joke in which three men in a dinghy "bared their buttocks" at a group of people has been blamed for a boating accident on the Gold Coast that left a teenager with serious facial injuries.
A man was also issued with a Notice to Appear for drink driving of a vessel following the incident.
Click Here To Read More

A Rude Awakening Indeed
A Turkish man who broke into a Cyprus bank to steal from the ATM machine was found fast asleep on the floor by a cleaner who raised the alarm, Cypriot police said on Monday.
The cleaner stumbled over the suspect two hours before opening time and called in the police, who turned up to catch a tired man staggering out of the building.
Click Here To Read More

Car Problems Help Police In Robbery Arrest
Two robbery suspects were foiled by the very car they were trying to get away in.
It happened around 8:30 last night on Quioccasin Road at the Nottingham Green Apartments.
Click Here To Read More
Posted by The Man at 9/18/2007 No comments: