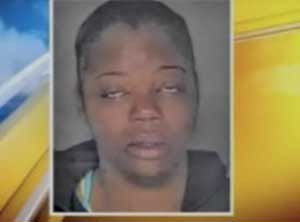 A Pennsylvania mother’s 6-year-old daughter was reportedly driving the family car when police say mom was too impaired.
Police spotted the 6-year-old driving a Dodge Durango while her mother rode in the passenger seat.
When police stopped the vehicle, the mother, Lakisha Hogue, allegedly told them she was teaching her daughter to drive.
The officers believed Hogue was intoxicated or high and didn’t quite know what was going on.
The 6-year-old girl told police her mother was just tired, but while calling her aunt from the scene, admitted mom had been “smoking smelly stuff” again.
Police said a DUI or toxicology test was not conducted on Hogue because she was not behind the wheel. She was arrested, though, and was being held on a $15,000 bond. Hogue’s four children are staying with family.
.
Posted by The Man at 9/13/2009 1 comment:

Medicinal maggots and leeches are saving lives and limbs in Australian hospitals.
WARNING GRAPHIC CONTENT
.
Posted by The Man at 9/13/2009 No comments: