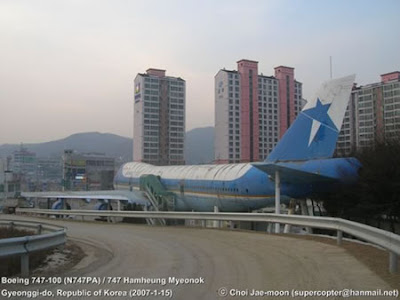 At Mokpo City, South Korea you will find the world's fist Boeing 747 restaurant.
Considering the 747's sheer size it can easily accommodate 150+ tables.

Tow Truck Driver Topples Wrecker
Posted by The Man at 8/12/2008 No comments: 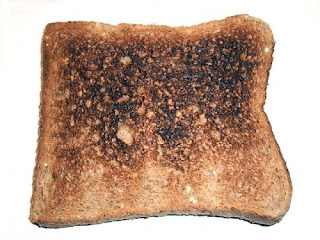 Atheist Finds Nothing in His Toast

Woman removed from her rat-filled home 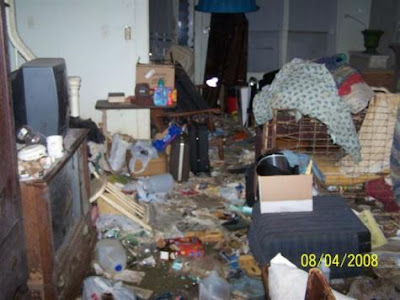 An elderly Middletown woman known for her intelligence and eccentric behavior was barred from returning to her home on Grand Avenue after it was found piled with garbage and crawling with rats.
"I could hear them gnawing," said Middletown police patrolman Kathy Jones, who entered the home after Lila McClure was taken to Atrium Medical Center Monday, Aug. 4. "The ammonia smell was so strong it was actually burning my nose and around my mouth."
PICTURES and More 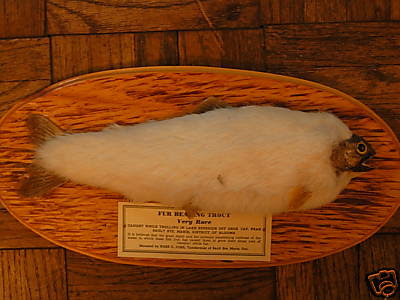 The caption reads:
"Fur Bearing Trout, Very Rare, Caught while trolling in Lake Superior off Gros Cap, near Sault Ste. Marie, District of Algoma. It is believed that the great depth and the extreme penetrating coldness of the water in which these fish live, has caused them to grow their dense coat of (usually) white fur. Mounted by Ross C. Job, Taxidermist of Sault Ste. Marie, Ont."
.
Fur-bearing Trout Oddity o eBay
Posted by The Man at 8/12/2008 No comments:

Help me in boycotting Anheuser-Busch since they are sellouts. 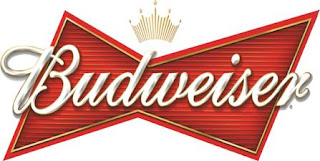 Drop your Budweiser Beer off at my house & I will dispose of it.
.
Thanks Richard
Posted by The Man at 8/12/2008 No comments:

Guy Gets Pinned Under Car

Why you NEVER crawl under a car without jack stands supporting the vehicle
Posted by The Man at 8/12/2008 No comments:

Lotto winner sentenced to prison
A woman who won $13 million in the Florida Lotto 18 years ago was sentenced to two years in prison on tax evasion charges.
Alex and Rhoda Toth won a $13 million jackpot in 1990. The Pasco County couple spent the cash years ago on gambling, gifts and luxuries.
They were charged in 2006 with filing false tax returns. Alex Toth was scheduled to stand trial in June, but died in April.
Rhoda Toth accepted a plea agreement from prosecutors and on Friday, asked a judge to not sentence her to jail, saying she had multiple sclerosis and used a walker.
But the IRS videotaped Toth without her walking aid, and the judge ordered Toth to prison. The 51-year-old also has to pay $1.1 million restitution to the IRS.
.
Fast Learners
A free ride in a Ferrari for every pupil who passes with us.
A driving school is offering its novice drivers the chance to take to the road in a Ferrari.
But clients are only allowed to take the 355 GTB for a spin when they have passed their test.
The sleek Italian sports car belongs to Yazz School of Motoring in Slough, Berks.
Owner Ayaz Mehar, who is also a doctor, reckons the experience will give newly-qualified drivers a lesson in safety.
He said: "I’m quite appalled by the accident rate on the roads – especially among young men.
"It comes from poor judgment, peer pressure or social driving late at night.
"We’re emphasizing that driving can be fun – but also be done safely."
.
Man arrested after marrying woman he was barred from going near
A Batavia man was arrested on his wedding night after police realized an order of protection against him placed by his bride was still in effect.
Timothy T. Cole is accused of violating a court order of protection by marrying the person he was barred from going near, deputies said.
The order, which also mandated that he stay away from the woman’s home, school, business and place of employment, was to be in effect until July 1, 2011.
PICTURE and More
.
Girl 'not pretty enough' for Opening Ceremony
It has been claimed that the little girl who starred at the Beijing Olympics opening ceremony was miming and was only put on stage because the real singer wasn't considered attractive enough. Ceremony musical director Chen Qigang says pigtailed Lin Miaoke was selected to appear because of her cute appearance and hadn't sung a note of the emotional song Ode to the Motherland. Photographs of Lin in a bright red party dress were published in newspapers and websites all over the world and the official China Daily hailed her as a rising star on Tuesday. But Chen says the girl whose voice was actually heard by the 91,000 capacity crowd at the main Olympic stadium was in fact seven-year-old Yang Peiyi, who has a chubby face and uneven teeth.
PICTURE and More
.
New premium grapes auctioned for $910 in Japan
A new variety of premium grapes debuted in Japan on Monday, with a single bunch fetching as much as $910.
A Japanese hotel manager paid that amount, or about $26 per grape, for a 1 ½ pound (700-gram) bunch of the Ruby Roman grapes to serve guests at an upscale hotel, officials said.
"We believe the price was probably a record high," said local agricultural official Hirofumi Isu. "They're delicious — sweet but fresh at the same time, very well-balanced."
The tomato-colored grapes made their debut at an auction in Japan's northwestern Ishikawa prefecture, where they have been under development since 1994 in a state-led project.
The bunch that fetched the top price had about 35 grapes, each slightly smaller than a ping-pong ball, Isu said. The average price for the Ruby Roman grapes at Monday's auction was about $245 a bunch.
.
Giant dog turd brings down electrical line
An inflatable dog turd the size of a house has blown away from a modern art exhibition in a Swiss museum before bringing down an electricity line and smashing a greenhouse window.
"Complex Shit", a sculpture by the American artist Paul McCarthy, cast loose its moorings and was lifted by a sudden gust of wind from the Paul Klee center in Berne and carried 200 yards to eventually make landfall in the grounds of a children's home.Museum authorities said the work had an automatic safety device that was supposed to make it deflate in the event of a storm - but it failed to operate.
.
Tow trucks held 50 cars ransom after enforcing "NO PARKING" signs
The 79th annual Bud Billiken Parade was without incident until after the event Saturday, when police responded to a barrage of calls from attendees who found their cars missing.
Motorists, residents and store owners in the area say a tow company waited until lots near the parade route were full of cars before posting towing notices and taking vehicles. Each owner had to shell out at least $170 to Rendered Services Inc. to retrieve their cars.
Police on the scene said they'd heard many radio calls about towing from vacant lots in the area, and most involved Rendered. Police said at one point they had to stop trucks from yanking the cars because the signage was erected after the 10 a.m. start of the parade.
About 50 cars were towed from a lot at 51st and Indiana.
Posted by The Man at 8/12/2008 No comments: