California officer admits to sexual assault while on duty 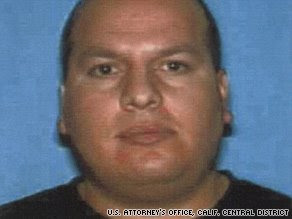 A former California police officer accused of sexually assaulting a motorist during a traffic stop pleaded guilty in federal court, federal prosecutors said Friday.
Feliciano Sanchez, 34, admitted in court Thursday that while on duty on May 16, 2007, he pulled over a female driver in a traffic stop and forced her to perform oral sex on him, according to a news release from U.S. Attorney Thomas O'Brien, who heads the office for the Central District.
Sanchez, then of Los Angeles County's Bell Police Department, stopped the woman for speeding or weaving down the road, said central California U.S. attorney spokesman Thom Mrozek, citing court documents.
After learning the woman, identified as R.H. in court documents, did not have a driver's license with her, Sanchez told her he suspected her of drinking and her car would be towed, Mrozek said.
Sanchez offered to drive R.H. to her job, but instead drove her to the parking lot of an auto repair outlet in Bell, Mrozek said.
Sanchez placed his hand on his gun and forced her to perform sex on him in his patrol car, Mrozek said. Afterward, Sanchez drove R.H. to her work place, Mrozek said.
"Officer Sanchez brutalized a person he had sworn to serve," O'Brien said in the release. "As a result of his criminal conduct, Mr. Sanchez now faces a substantial amount of time in federal prison. The crime carries a maximum penalty of 10 years in prison upon sentencing. Sanchez has been held without bond since his arrest in May 2007, Mrozek said.
.
Posted by The Man at 7/19/2009 2 comments: 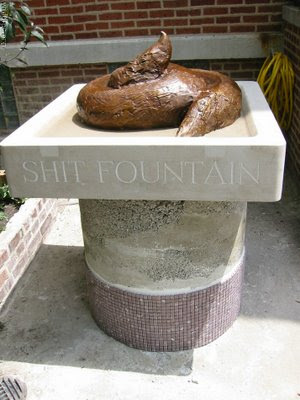 A new landmark rather and oddity has found its way on the map of “The Windy City”. Bronze Sculpture of Dog Shit which is an exact replica of the real dog crap has been created in Chicago. Installed in front of a residence in Augusta, Chicago, The Shit Fountain was created by Jerzy S. Kenar, an artist internationally known for his religious sculptures, who has had enough of people not picking up their dogs doo-doo of the streets. So he decided to make a monument for the dogs and created a bronze sculpture that perfectly resembles dog crap.
Most people received The Shit Fountain warmly but their have been people who disapprove of such a display in their neighborhood.
. 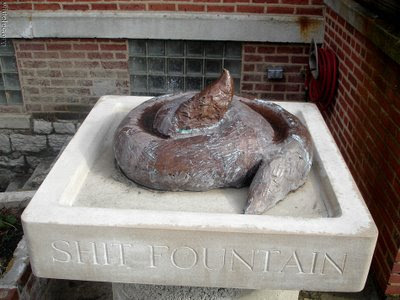 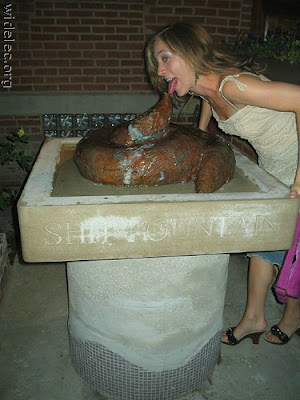 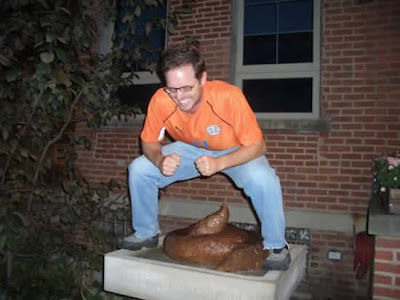 A tourist from Germany says when he bit into his steak at the Waldorf-Astoria, in New York City there was a used tampon in it.
Axel Sanz-Claus, a tourist from Germany was enjoying a perfect visit to New York City until his dinner Friday night.
He ordered steak and spinach from the Bull and Bear Steak House at the Waldorf Astoria.
.
VIDEO
.
Sanz-Claus claiming that it was hidden in his food was a tampon, a blood soaked tampon.
"I had it in my mouth, chewed it and nearly swallowed it," said Sanz-Claus. He adds, "This is so disgusting, I've felt sick ever since."
This diner says he rinsed his mouth with brandy then went to the bathroom to vomit. He says the hotel then called an ambulance. Sanz-Claus claims the doctor in the emergency room cut the object in half and confirmed it was a used tampon. New York Presbyterian today confirming he was treated at the hospital
Sanz-Claus says he has not been able to sleep or eat since the episode.
Repulsive enough, just the thought of putting such an object in one's mouth and trying to eat it but this tourist says he now fears he has made himself vulnerable to disease.
He was tested for hepatitis at the hospital and was told to be tested for AIDS in two months.
The Waldorf-Astoria which owns and manages the restaurant, released the following statement. ""We are conducting an internal investigation, but have reason to believe that the circumstances surrounding this incident are highly suspicious. At this time we are not at liberty to provide any additional details."
.
Posted by The Man at 7/19/2009 1 comment: