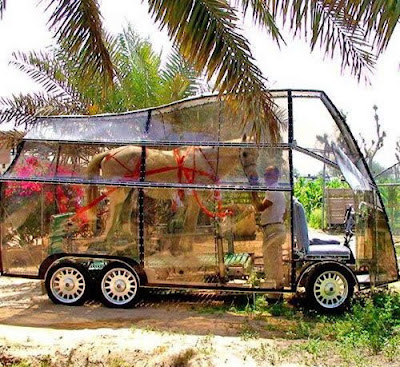 Dirty Cop
A CHEATING chief constable abused his position to keep a secret mistress, a damning report revealed yesterday.
Police watchdogs said married dad-of-three Terry Grange:
SENT sexually explicit and "politically sensitive" emails to his lover from his office computer.
WINED and dined her using his force credit card.
MISSED official meetings to spend time with her.
STAYED with her in London hotel rooms paid for by his force.
BOUGHT booze on his police Barclaycard, and DOUBLE-claimed expenses.
Mr Grange, 59, dramatically quit the Dyfed-Powys force in November after admitting he had allowed his private life to interfere with his professional role.
.
Police Chief with Kiddy Porn
A police chief admitted a string of child porn charges in court yesterday.
Alec Alexander, 61, a former Chief Superintendent, pleaded guilty to 17 offences after the photographs were found on his computer.
He was charged with making, possessing and distributing the images — some of which were graded at the most serious level.
But Alexander denied raping a girl aged over 16 in 1992 and indecent assault on a girl under 14 between 1983 and 1985.
He also denied taking an indecent photo of a child.
Alexander, of Hull, was a Divisional Commander with Humberside Police before retiring in 2000.
He served in the force for nearly 30 years.
Dressed in a grey suit and tie, bespectacled Alexander — who has been in custody since January — showed no emotion as he stood to enter his pleas at Hull Crown Court yesterday.
Judge Simon Jack told him: Your case will be adjourned for a trial date to be fixed.
In the meantime you will remain in custody.
Posted by The Man at 5/07/2008 No comments:

Pit Bull Gets Stuck In Engine Of Truck
Man Had Just Paid $1,000 To Fix Truck
VACAVILLE, Calif. -- A Vacaville, Calif., man found a pit bull stuck in the engine of his truck and chewing through wires Tuesday morning, his family said.
Walter Witthoeft had just woken up and went outside to put power steering fluid in his truck. When he pooped the hood, he saw a pair of eyes, heard growling and then noticed a dog wiggling around in his engine.
The dog worked his way up and under the truck the night before and got stuck,
Witthoeft's family called police and reported the incident.
Witthoeft said he had just paid $1,000 to fix his truck last week, but the truck had to be towed back to the shop for repairs due to damage caused by the pit bull.
.
Boy survives 25,000 volt shock
A teenager is recovering in hospital after a 25,000-volt electric shock which threw him 25ft (7.6m) onto a railway line in Wigan. Sam Cunningham, 16, was wearing steel toecaps when he tried to retrieve a rugby ball from a bridge and a charge leapt from overhead power lines. He fell onto the track below and was knocked unconscious but did not get electrocuted. He suffered severe burns and is expected to make a full recovery. His friends called emergency services, who alerted the rail networks to stop trains on the main line between Manchester and Wigan.
.
Police hunting bottom groping man
Police are trying to identify a man who has indecently assaulted 19 women and young girls in Manchester city center.
The man has targeted females aged between 13 and 43 in the Tib Street area in the city's Northern Quarter.
The incidents have mainly happened early in the morning, with the man approaching the women from behind and grabbing their bottom.
.
Firms handed 'guard' the cash
Ex-security worker faces theft trial today
On a December morning, a man in a Dunbar Armored uniform told employees at a Bank of America branch in Ellicott City that he had come for a routine pickup. An employee handed him two bags containing nearly $200,000, and he left. What the bank workers didn't know was that the man didn't work for the security company. Police say the cash was picked up by Robert Allen Flanagan, 38, a former Dunbar employee who kept his uniform after losing his job.
.
Employee accused of installing bathroom cam
KINGS PARK, N.Y. (AP) - May 5, 2008 -- A doughnut shop worker installed a surveillance camera in the women's bathroom at work and watched the footage from a computer in his car, police said Sunday.
Danish Qureshi, 25, of Huntington Station, was arrested Saturday night at work at the Dunkin' Donuts at Kings Park, Suffolk County police said.
A resident who has similar surveillance technology called police after he picked up the signal and saw the bathroom on his television, police said. Qureshi had been watching the bathroom on his laptop computer in his car parked nearby, police said.
Qureshi was arraigned Sunday on charges of unlawful surveillance. A man who answered the telephone Sunday at a number listed in Qureshi's name said Qureshi no longer lived there.
supergrover said...
A guy named "Danish" works in a donut shop and nobody else comments?
Come on, people!
.
Motorcyclist flipped bird, popped wheelie, crashed
COPIAGUE, N.Y. (AP) - A Long Island man who flipped his finger at a police cruiser and then popped a wheelie on his motorcycle is recovering from injuries after crashing.
Suffolk County Police said Frank Patti, 26, of West Islip, rode by the police car at a service station in Copiague at 7:30 p.m. Sunday. Police say Patti made an obscene gesture to two officers in the car, popped a wheelie and then sped away. Police gave chase. When the motorcycle turned into a parking lot it crashed into a police car that had joined the chase.
Police said Patti was treated for minor injuries at Southside Hospital. He's charged with fleeing police, resisting arrest and several traffic violations.