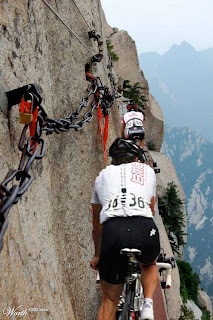 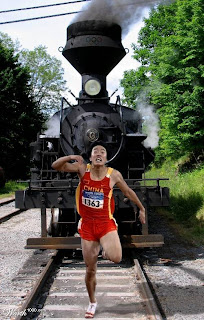 Being Faster Then A Locomotive
Posted by The Man at 8/13/2008 No comments:

Monkeys on Ice...
Monkeys skating...to the theme from Rocky!
You will not regret watching this...guaranteed!
.
FVC
Funniest Video Compilation
.
AFV
Animal Funniest Video
Posted by The Man at 8/13/2008 No comments: 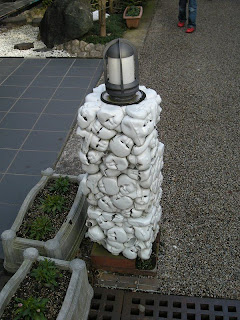 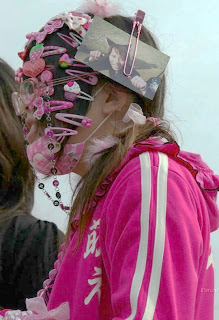 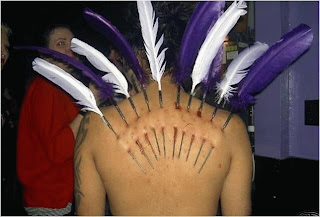 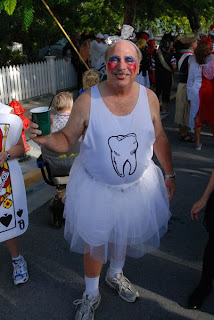 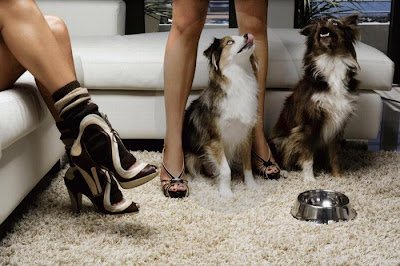 What's Important To You?

He may live in a shithole but has a computer. 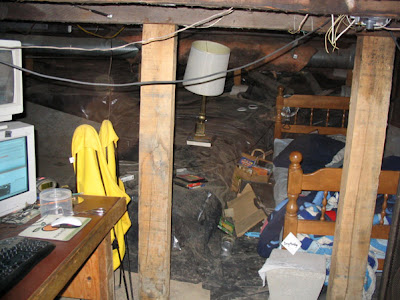 This One Is for the Birds
Poo Facial Promises Smoother Skin
If you've ever had bird poo drop from the sky and onto your head — heck even if you haven't — it's probably pretty hard to imagine forking over almost $200 to have someone massage bird doodoo into your face for the better part of an hour.
The Geisha Facial doesn’t contain just any run of the mill pigeon poo. It’s made from dried nightingale droppings imported from Japan and mixed with rice bran.
PICTURES and More
.
Dog guards her owner for 6 weeks after he dies
In an amazing display of loyalty, officials now believe a German shepherd dog stayed at her master's side for six weeks after the man had killed himself out on the prairie.
The dog, "Cash," was found alive Sunday, next to the body of her master, Jake Baysinger, 25, a resident of La Salle before his life ended on the Pawnee National Grassland.
Sara Baysinger has a 2-year-old son, Lane, who was happy to see Cash come home. "He's very close to that dog," Sara Baysinger said. "He's very happy to see (Cash)."
The dog was friendly when found, although she was thin and dehydrated, deputies said. She was checked at the humane society, and Baysinger said she had their own vet check the dog, also.
Investigators also said the dog probably protected her master's body by keeping coyotes away.
.
Man lived in luggage locker for nine years
A homeless man in Germany has been jailed after living for the past nine years in a luggage locker at a railway station.
Mike Konrad, 29, called locker 501 at Duesseldorf station his home for almost a decade. Every evening since he walked out on his girlfriend in 1999 he has gone feet-first to bed, crawling into the 50cm by 60cm metal locker to sleep in a space meant to be reserved for passengers' suitcases.
He had been ejected from his unlikely bed by station security staff 200 times and the authorities finally decided to take action and prosecute him for trespassing.
Mr Konrad said in court that he had been locked in the locker by youths "more times than I can remember" and had to rely on station staff to free him.
"I always went to sleep in it with the door slightly ajar," he told a court in the Rhineland city. "But kids liked to lock me in for a laugh."
The two euros it cost him to open the locker was normally refunded by the machine in the morning if the door wasn't closed, he said.
.
The Pill may change women's choice in men
The contraceptive pill changes a woman's choice in men, a study suggests.
Scent tells men when women are fertile
Symmetrical human faces are more beautiful
Attractive women are more than just a pretty face
Scientists believe taking the pill changes the way a woman reacts to a man's smell.
One consequence could be that they are more attracted to partners with whom it will be harder to conceive if they want children.
A man's aroma can give a clue to his type of genes and ability to fight disease, although it is complicated by factors such as soap and aftershave.
.
Man says he's porn inspector, demands free videos
A man claiming to be a police detective tried to get an adult novelty shop to give him free X-rated videos, saying he wanted to make sure the performers weren't underage, authorities said. He made three tries within nine days last month and was turned down each time. The store manager called police after the third try. Authorities said Monday that the man showed a badge and left a business card from the Longmont police "age verification unit." Cmdr. Tim Lewis said there is no such unit. The business card didn't have anyone's name on it, but the store gave officers surveillance video of the man. Police are looking for him.
.
Sweden relaxes rules on naming children
Swedish authorities say parents can now name their newborns "Budweiser" or "Metallica" if they so wish.
For decades, Swedish tax authorities had banned parents from naming their children after fast food chains, rock bands or their favorite brand of beer.
But tax authority spokesman Lars Tegenfeldt says the guidelines have been relaxed. He says "there is nothing negative about a name like Coca-Cola or McDonald's today. Authorities are drawing the line at giving children swear words for names. And forget about naming your child God, Allah or Devil.
Posted by The Man at 8/13/2008 No comments: 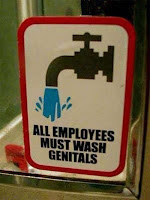 A group of Burger King employees in Ohio are looking for new jobs after an Internet video surfaced of one worker bathing in a store sink.The video, which was posted on the Internet by an employee calling himself "Mr. Unstable," shows the teen taking a nude bubble bath in a large stainless steel sink as other employees and a store manager looked on. The video eventually made it to health officials, who were not amused.
.
Burger King’s corporate office released the following statement: "Burger King Corp. was just notified of this incident and is cooperating fully with the health department. We have sanitized the sink and have disposed of all other kitchen tools and utensils that were used during the incident. We have also taken appropriate corrective action on the employees that were involved in this video. Additionally, the remaining staff at this restaurant is being retrained in health and sanitation procedures."
"That's just wrong. It's a place where families come to eat," said Crystal Dodge, she use to eat at Burger King all the time. Who wants a Burger there now ?
.