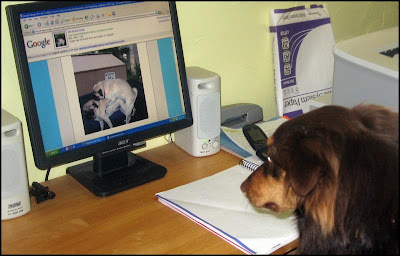 Father Floyd, 48, and his son Justin, 21, were arrested last year (on different dates) 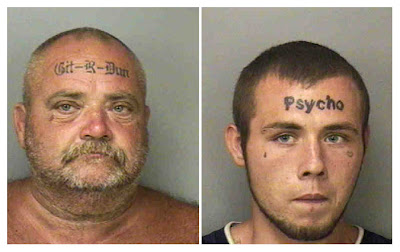 Why The Easter Bunny Coming Early This Year 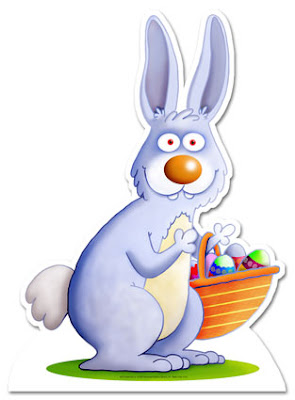 Easter is Sunday, much earlier than usual this year, and many people are scratching their heads. Isn't it still cold out? Didn't we just celebrate Christmas?
As it turns out, there's a very simple explanation, and it has nothing to do with the church, a vast religious conspiracy or even a complex marketing scheme on the part of candy-makers and egg farmers.
It's the moon.
Easter always comes on the Sunday after the first, or Paschal, full moon following the first day of spring.
Spring arrives on Thursday and the moon will be full on Friday, the earliest Paschal moon since 1913. It won't come this early again for another 220 or so years.
Posted by The Man at 3/19/2008 No comments:

Customers at a Portuguese shopping center are surprised by a sexy welcome in the mall's toilets. Finding a model in lingerie as you walk into the toilet is not what you expect in a shopping center, but visitors are growing used to it.
.
Posted by The Man at 3/19/2008 No comments:

Hotel Offers Not One But Two Kinds Of Mini-Bars 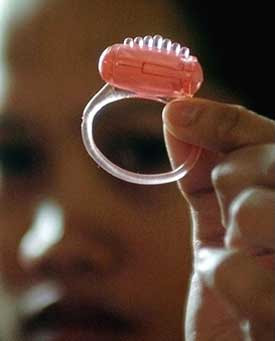 A new boutique hotel at a seaside resort in northwest England is to offer guests a sex toy mini-bar when it opens later this year, its owner said yesterday.
The Vincent Hotel in Southport, near Liverpool, will have "intimate seduction kits" in each of its 60 rooms from May, containing lubricating gel, massage oil, a vibrating ring and two condoms.
The kit will be in a sealed box alongside more traditional mini-bar items like nuts, chocolate and alcohol. Guests can request an extra special kit containing a whip, mask and bondage tape.
Owner Paul Adams said: "As well as giving guests a design conscious venue to stay, we wanted to give them a decadent, inspiring and seductive environment to enjoy."
Posted by The Man at 3/19/2008 No comments: 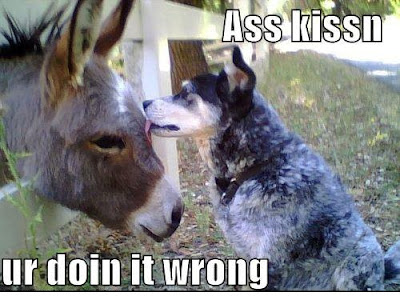 How to walk downstairs when you are in a hurry

Whose bright idea was this?

Death threat leads to charges
A Milwaukee man who says his rights were violated when he filed for bankruptcy has been charged with threatening to kill the federal judge who handled the case and to blow up a courthouse.
John J. Miller, 46, was arrested and charged last week after he faxed hand-written and signed letters from a Kinko's on the east side of Milwaukee, according to a criminal complaint.
On March 8, employees at the Kinko's on N. Farwell Ave. reported they found a threatening letter that included Miller's name and phone number. He had faxed the letter to four area codes and then left it on a copy machine, according to the complaint. An employee called Milwaukee police, who contacted the FBI.
.
Teen Tried to Steal Cop's Gas
LAMBERTVILLE, Mich. - A Monroe County sheriff's detective on a stakeout to catch an arsonist arrested the suspect as he tried to steal gas from the officer's cruiser. Officers were placed around homes currently under construction after police had gotten two arson complaints within the past week.
Several officers, including Detective Thomas Redmond, watched the 17-year-old walk away from his Lambertville home early Sunday carrying a bucket before he approached Redmond's unmarked vehicle.
Police say the teen unscrewed the gas cap and started siphoning the fuel before Redmond got out of the car and chased him.
Authorities say the teen later admitted to the two arsons as well as three other arsons in 2006.
.
Size matter's for a Chinese couple
A Chinese woman forced her boyfriend to have breast-reduction surgery because his man boobs made her look flat. Xiao Feng, of Chongqing, threatened to break up with Zhang Jianguo unless he underwent surgery. "Zhang said that whenever we went out, she felt embarrassed because my breasts were eye-catching compared to hers." Doctors at the First Affiliated Hospital of Chongqing Medical University sucked out more than 200ml of fat and tissue from his breasts.
.
Man Claims Lap Dance Injury
NEW YORK (AP) - A businessman claims in a lawsuit that he was injured when a stripper giving him a lap dance swiveled and smacked him in the face with the heel of her shoe.
On its Web site, the club describes itself as the "Playboy Mansion of Manhattan party lofts." The site says admission is $50 plus a one-time club membership fee of $10 for newcomers. Lap dances cost around $40, plus admission, according to the Web site.
.
YouTube video leads to arrests
Police in Rialto, Calif., have arrested three men who appeared in a YouTube video that showed viewers how to "scam" free food from a fast-food restaurant.Police said the video depicts Echeverria calling the fast-food restaurant and claiming to be a local business leader whose previous order was filled incorrectly. He convinced the manager to give him seven tacos, a large order of fries, two sodas and two quesadillas with extra chicken -- a $15 haul. Authorities said Roman picked the food up under the guise of being the fictional businessman's son. The suspects, who police identified as gang members, could each face seven years in prison if convicted.
.
'Help police, someone's stealing my drugs'
A man faces drugs charges after calling police to report his cannabis plants were being stolen.
The 35-year-old Adelaide man told police that up to six men smashed the front window on his house and gained entry about 3.30am. Police spokesman Senior Constable Mick Abbott said the men started ‘’stealing portions of the plants growing inside the house’’. ‘’He called police to the scene but they were unable to find the men involved. Police then returned with a drug warrant and found six cannabis plants growing hydroponically in two rooms of the house,’’ Sen Constable Abbott said. The house owner was charged with cultivating cannabis plants for sale.
.
Man dials 911 for a wake-up call
A man worried about missing his court date called 911 for a wake-up call. On Monday, at 3:30 a.m., police say a man called 911 to request a wake-up call so he could attend court later that morning. The man was warned about abusing the 911 emergency line. The man then called City police on regular business line and again requested a wake-up call. After learning the man's identity, police found out there was an outstanding warrant for the man's arrest. As a result, officers went to a Parkhill Road East home and arrested the man. Donald Archie Baker, 51, is charged with theft under $5,000.
Posted by The Man at 3/19/2008 No comments: