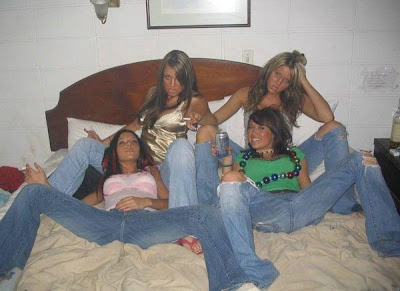 Looks like they are just a bunch of Lesbians Teasers.

Burglar Says TV Taught Him His Craft
A man who says he learned how to rob homes by watching a TV show was sentenced to 12 years in prison for a string of burglaries in central Kentucky.
Michael W. Hobbs, 36, of Waco, Ky., pleaded guilty to five counts of burglary. He was sentenced Thursday. Police said Hobbs learned how to break into homes by watching the Discovery Channel TV show "It Takes a Thief."
Click Here To Read More

Nude Man In Gas-Mask At Large
Police in Massachusetts are hunting a mysterious naked man, who was seen by several witnesses wandering around town wearing nothing but a gas mask.
The nakedness was first observed by a witness at about 9.40 pm last Thursday, when a motorist spotted the naked gas mask guy lurking in the entrance of a building in Newton, Massachusetts.
Click Here To Read More
Posted by The Man at 9/17/2007 No comments:

Half Naked Crazy Lady Spotted Standing On Top Of Payphone 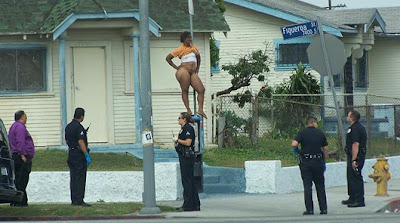 The Cure for all the SMALL Men out there 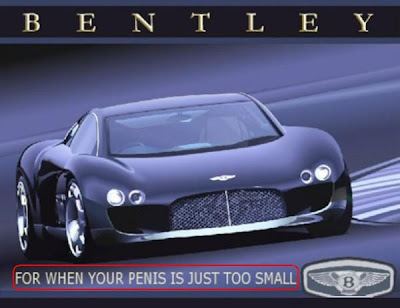 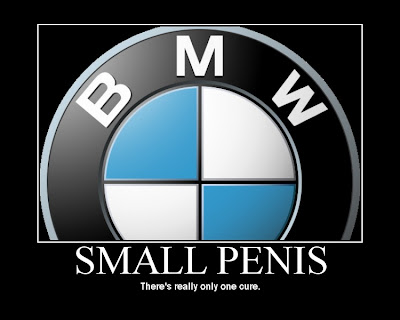 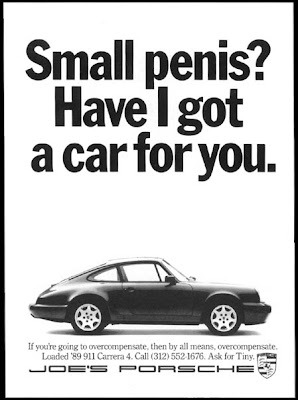 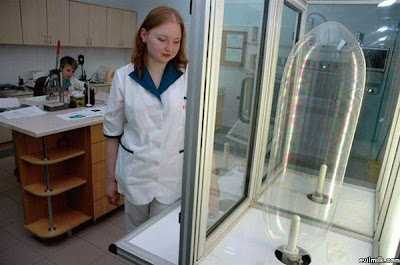 Looks like she is day dreaming about the size of the man that it fits.
Posted by The Man at 9/17/2007 No comments: 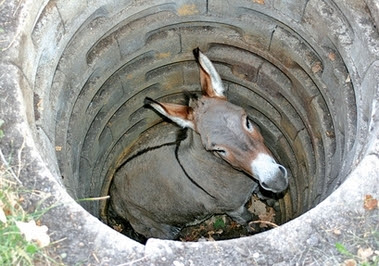 Dead or Alive - Promo Shot
With this cast who would care about plot line?
Click to Enlarge 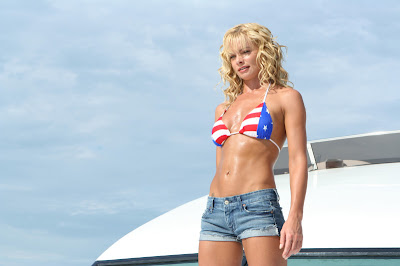 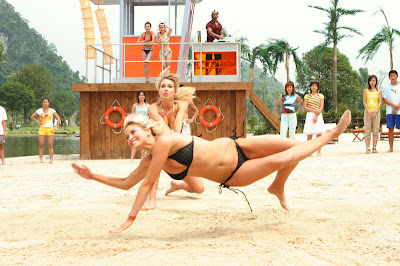 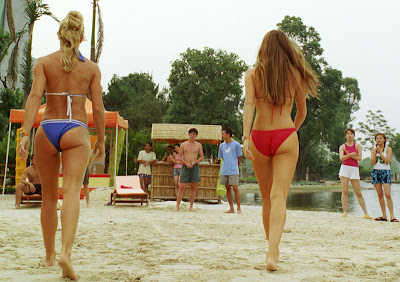 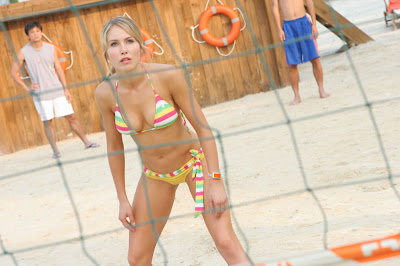 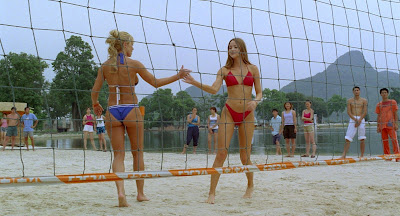 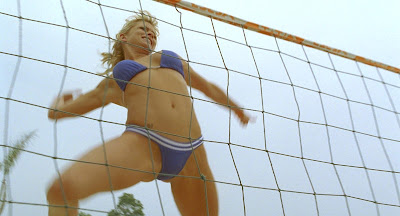 A child with a history of lying falsely accused man of child rape. 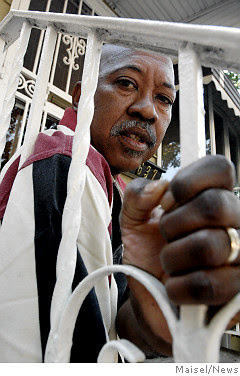 Man falsely accused of child rape sues City of Brooklyn for $10 Million
Brooklyn school custodian Francis Evelyn once walked proud, worked hard and looked forward to a peaceful retirement.
Now he's too scared to go out his front door.
Five months after his face was broadcast worldwide as an accused child rapist, Evelyn, 58, can't sleep. He can't stop the tears. He can't wipe away the nightmare of being arrested, jailed and wrongly accused.
Berated by cops, taunted by Rikers Island inmates and branded in his native Trinidad, the dignified, law-abiding immigrant has filed a $10 million claim against the city for ruining his life by believing a troubled child with a history of lying.
"Before, I walked the street happy-go-lucky," Evelyn said at his East Flatbush home. "Now, you see the eyes. People you don't know approach you. You don't know what they're coming with. It could be bad. I'm scared like hell of being out there!"
Evelyn was cleaning the halls of Public School 91 in Wingate on March 19, just as he had done for nearly 20 years, when cops dragged him out in handcuffs.
An 8-year-old girl claimed that for weeks he repeatedly molested her in a basement bathroom.
Posted by The Man at 9/17/2007 No comments:

Words Women Use and the Definitions

1. Fine: This is the word women use to end an argument when they are right and you need to shut up.
2. Five Minutes: If she is getting dressed, this means a half an hour. Five minutes is only five minutes if you have just been given five more minutes to watch the game before helping around the house.
3. Nothing: This is the calm before the storm. This means something, and you should be on your toes. Arguments that begin with nothing usually end in fine.
4. Go Ahead: This is a dare, not permission. Don’t Do It!
5. Loud Sigh: This is not actually a word, but is a non-verbal statement often misunderstood by men A loud sigh means she thinks you are an idiot and wonders why she is wasting her time standing here and arguing with you about nothing. (Refer back to #3 for the meaning of nothing.)
6. That’s Okay: This is one of the most dangerous statements women can make to a man. That’s okay means she wants to think long and hard before deciding how and when you will pay for your mistake.
7. Thanks: A woman is thanking you, do not question, or Faint. Just say you’re welcome.
8. Whatever: Is a woman’s way of saying F@!K YOU!
9. Don’t worry about it, I got it: Another dangerous statement, meaning this is something that a woman has told a man to do several times, but is now doing it herself. This will later result in a man asking “What’s wrong?” For the woman’s response, refer to #3.
Posted by The Man at 9/17/2007 No comments: 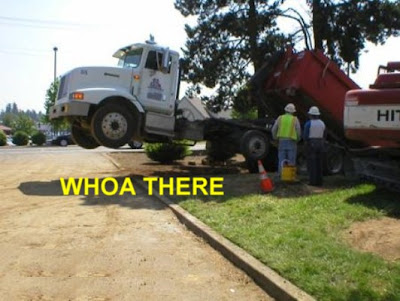 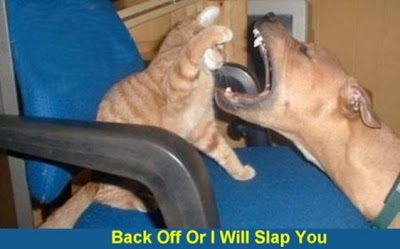 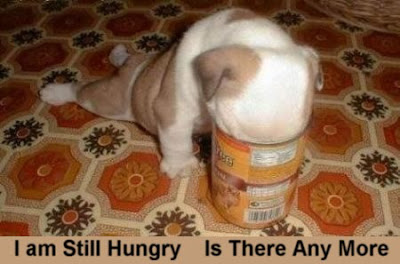 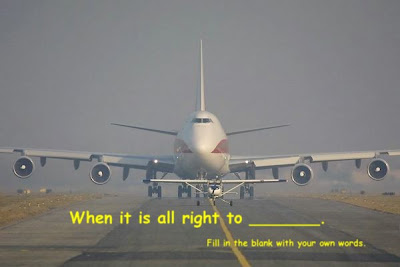 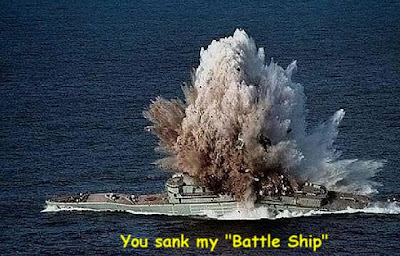 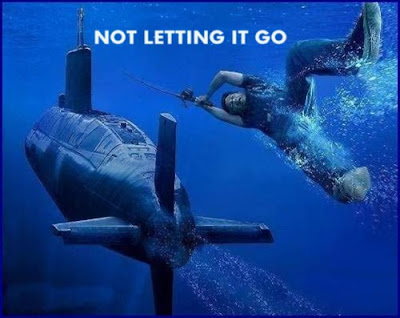 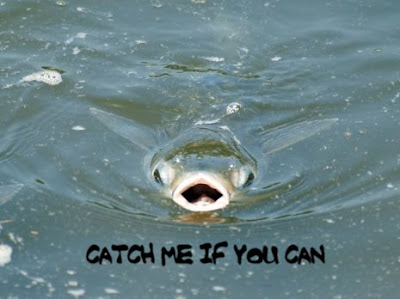 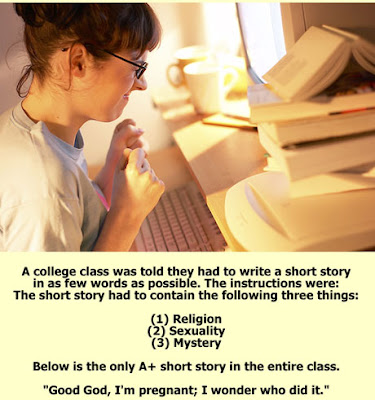 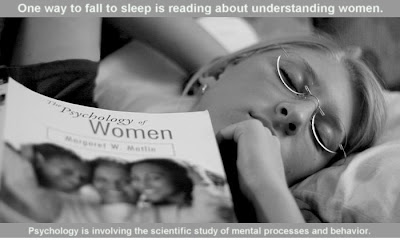 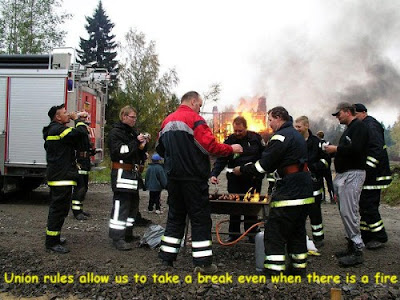 Teamwork is Important when you do Something STUPID 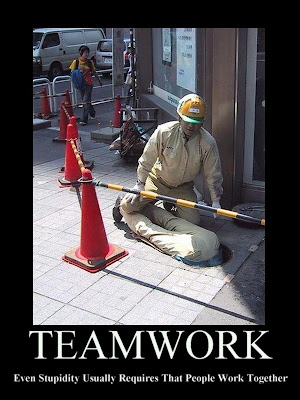 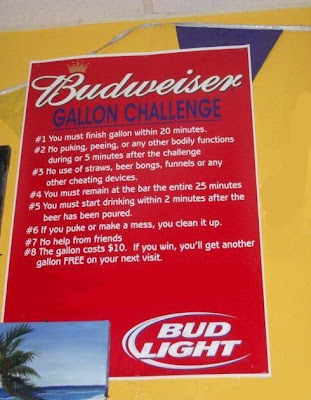 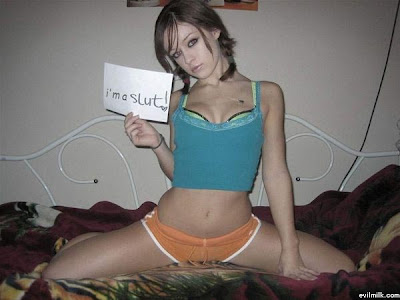 Time Wasn’t Nice At All 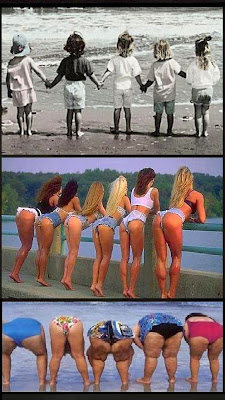 The last picture it must have been a misprint

Time should have stood still with the girls in the short shorts.
Posted by The Man at 9/17/2007 1 comment: