Prostitute killed client after learning he had STD

A prostitute shot a client to death when their sexual encounter was interrupted by a woman banging at the man’s door, claiming he’d given her a sexually transmitted disease, prosecutors allege.
Ashley Nicole Steele, 21, is charged with first-degree murder in the death of Derrick Gray, 40, in the 8200 block of South Langley Avenue.
Steele was denied bond and a preliminary hearing was set for April 26, ’s Attorney’s office spokesperson Tandra Simonton said. 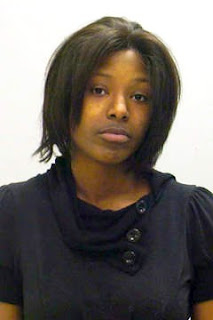 .
Steele, a prostitute, had arranged to meet Gray at his home to have sex. The two went into his bedroom but a few minutes later Gray heard a knock at the door, prosecutors said.
He got dressed to see who it was, leaving both Steele and another person, identified as a witness, in the home.
It was a woman screaming at Gray and pounding on the door. At that point, Steele grabbed a handgun from a table and put it in her waistband, court records said.
Steele went to the door and the woman said Gray had given her herpes. The woman also showed Steele text messages Gray sent her, apologizing that he’d given her a STD, according to court records.
The woman at the door said Steele began pacing back and forth, saying she was going to kill and rob Gray.
She shot at him through the door, striking him once. She then opened the door and shot him two more times. He suffered gunshot wounds to the head, body and arms, authorities said.
Steele then fled out a window with the gun to a car that was waiting for her. The driver took her to a Wal-Mart where she bought clothes, shoes, bleach, gloves and a baby bath tub, court records show. She was taken to another location where she changed clothes and scrubbed the gun with bleach in the tub.
Steele stuffed the gun and other items into several garbage bags and was driven to , where she put them in various dumpsters.
.
Posted by The Man at 4/11/2011 No comments:

Thief uses stolen card to send 'thank you'
Police in Narragansett, said a thief who charged $2,400 to a woman's credit card used the card to send flowers and a "thank you" note to the victim's home.
Investigators said Bank of America officials contacted the Narragansett woman in March and informed her of $2,400 in suspicious charges to her credit card.
The charges included $65 for flowers sent to the woman's home with an accompanying note reading, "thnx for money."
Police said they were trying to track down the thief. Bank of America officials said the credit card has been canceled and the woman will not be responsible for the charges.
.
Toddler Given Alcohol At Applebee's
Police are investigating after a toddler was given an alcoholic beverage at an Applebee’s.
It happened at the restaurant in .
Fifteen-month-old Dominic Dill-Reese’s mother ordered him a kid’s meal and asked for apple juice as the beverage. His mother began to get suspicious moments after he started drinking it. “We took it from him and he laid his head on the table,” said Taylor Dill-Reese. “He dozed off a little bit and woke up and got real happy.” Dill-Reese also said Dominic refused to eat when his food arrived.
Before leaving, Dill-Reese tasted the toddler’s drink and got a big surprise. Instead of apple juice, alcoholic margarita mix was in his cup. “The manager came up to me and he smelled it, ‘I am so sorry ma’am, I just don’t know what to do,’” said Dill-Reese.
She demanded the manager do something. police was called to investigate the incident and the boy was taken to the hospital. Doctors told Dominic’s mother he could have died if he drank the entire cup.
.

Man jailed for 'squatting' in upscale home
A man in Murrysville has been jailed on charges that he took up residence in a $500,000 western home without the owner's permission.
Frederick Harris III, of Wilmerding, remained in the Westmorland County Prison Friday on burglary, criminal trespass and criminal mischief charges filed when police say they found him in the home.
Police say the 43-year-old Harris had toured the home with a real estate agent who refused to give him keys. He later broke a window, pulled up the 'for sale' sign and moved in anyway. Police were alerted when a caretaker noticed someone in the house.
Police Chief Thomas Seefeld said that Harris car was in the garage. He had personal items in the home. He basically was making a home there."
.
Posted by The Man at 4/11/2011 1 comment:

Magistrate Daniel Cook, who handles small claims cases in , was on the bench when he reached for his gavel and discovered it was missing. After checking “every possible place it could be,” police reported, Cook concluded that someone had actually stolen his gavel.
Court personnel then reviewed surveillance video from days earlier and spotted an unknown male stealing the wooden gavel. The alleged thief, staffers realized, was accompanied by a second man who “was in court on that day trying to get his license back,” according to authorities. 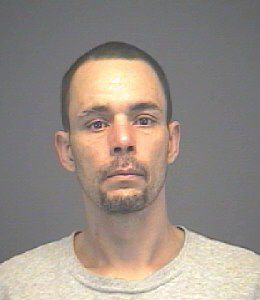 .
In short order, cops identified the suspect as Christopher Collins, and prosecutors secured an arrest warrant for the 47-year old. Collins, pictured in the mug shot, was then arrested at his residence, where he was questioned about the “whereabouts of the gavel.”
Collins, police noted, “admitted to stealing the gavel, but stated he did not have it at the house.” He claimed to have received a ride home from the courthouse from “a male he barely knows,” and left the gavel in the man’s vehicle.
.
Posted by The Man at 4/11/2011 No comments:

There are snakes on the bus

Passengers on a bus in got an unwelcome surprise when police found more than 600 snakes and other reptiles packed in the luggage compartment, a ranger said Saturday.
Acting on a tip police intercepted the bus in a bound for , asked to see passengers' documents, then began poking into their bags.
"A passenger came onboard with 40 snakes, plus what he had in the boxes" in the bus luggage hold, said ranger Daniel Chersich, warden of province. 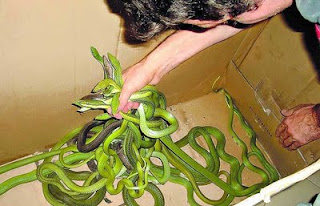 .
Police "were terrified of opening the bags," with good reason.
The trafficker had loaded them with 444 boas, vipers and other snakes; 186 endangered tortoises; 40 lizards, and an armadillo. 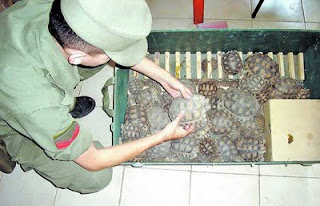 The smuggler, who was arrested, boarded the bus in , where he had spent three months trapping various species in the bush with the intent of selling them.
Posted by The Man at 4/11/2011 No comments:

They Fought The Law... And The Law Won 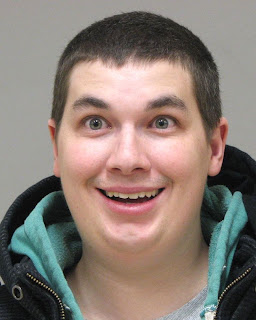 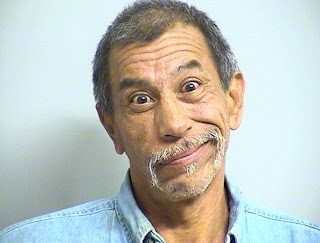 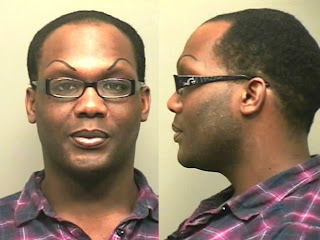 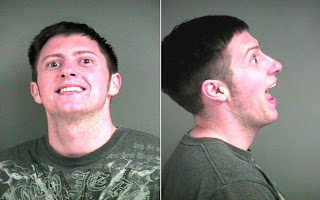 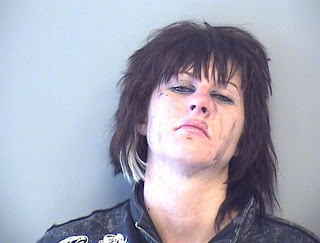 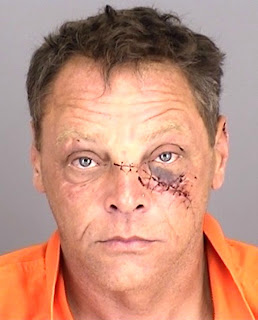 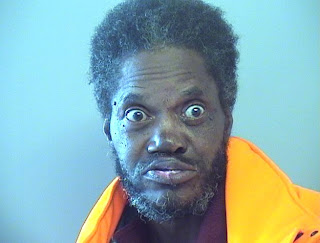 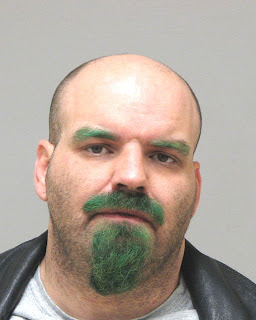 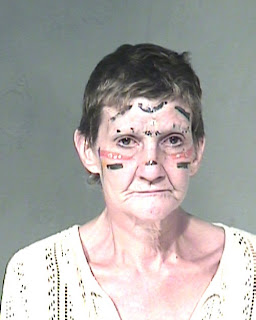 It was his 64th birthday and Jack Snyder wanted to get naked, authorities said. So, at San Miguel Drive and Chantilly Lane, Snyder dropped his pants, shook his hips and wagged his genitals at a passing school bus full of children on their way home from Chasco Elementary, according to the authorities. 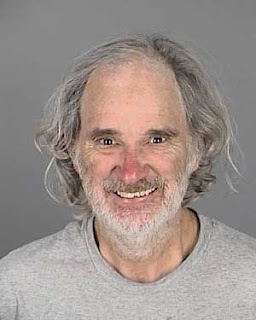 A grandmother driving past to pick up her grandson saw Snyder "butt naked" and called the Sheriff's Office. Shortly after, the Sheriff's Office began receiving calls from concerned parents whose children arrived home with stories of seeing Snyder's exposed body parts.
Snyder, who was still on the scene when a deputy arrived, said he thought flashing the bus would be "funny," a report states.
Snyder was arrested Wednesday and charged with five counts of lewd and lascivious exhibition.
.
Posted by The Man at 4/11/2011 No comments: