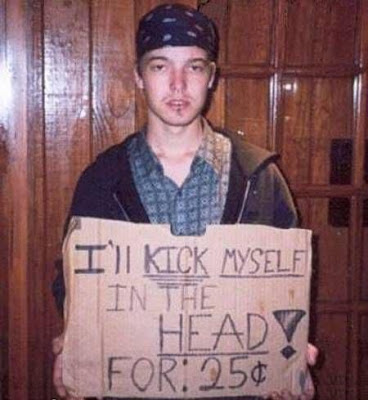 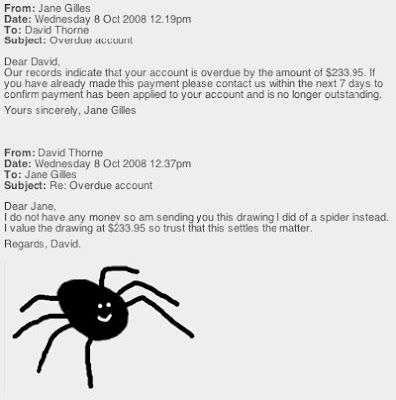 Who wants marijuana decriminalization to be a top priority in the Obama administration?
Obama did say he "inhaled frequently."
.
Posted by The Man at 11/08/2008 No comments: 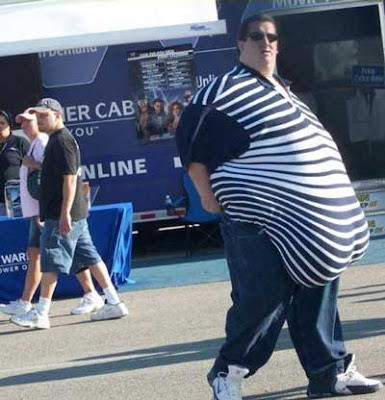 .
Anonymous said...
No, no, no--you should use VERTICAL stripes!!!!!
.
Obviously the last comment came from a female.
.
Leesgirl said...
"Scuse me, has anybody seen my penis?"
.
mediaskylion4 said...
wait... didn't my ass used to be BEHIND me?
.
At least now my ass will never be behind.
.
Half Man - Half Zebra
.
Anonymous said...
My boobs are bigger than yours.
.
xunilhr said...
Headline: Man caught stealing zebra from local zoo.
..
Some people say you are what you eat
Anonymous said...
I can't believe that guy ate a whole zebra!
Anonymous said...
Oh my Gawd Momma. that man is eating a whole zebra
Posted by The Man at 11/08/2008 No comments:

Why hard work pays off. 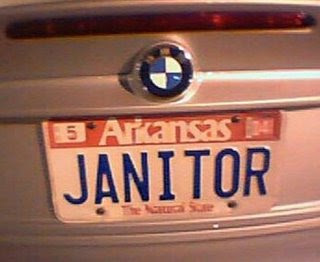 And having fun doesn't always pays as well. 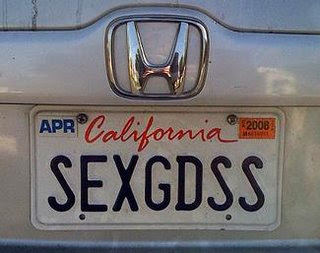 Or was it someone won the "LOTTERY"
and the other one well lets say she had better days.
Posted by The Man at 11/08/2008 No comments:

Sex charge worries streaker in Boulder Pumpkin Run
Recent University of Colorado graduate Eric Rasmussen, 23, is among the 12 runners ticketed Halloween night for indecent exposure after running naked with a wobbly orange squash on their heads along the Pearl Street Mall in Boulder.
If convicted, he and 11 others could be required to register as sex offenders. Like many of the Pumpkin 12, he is finding a lawyer.
Rasmussen said it was his first time streaking. He had a great time - until he saw 12 police awaiting him and 150 other naked people at the courthouse.
.
Oops, robber forgets the money
Aurora police are looking for the robber who they said was "no brain surgeon."
The man walked into the Swifty on US 50 and demanded money from the clerk, police said. He tied up the female clerk and ran out the door with a carton of cigarettes.
That’s when he realized the bag of money was still inside the store. He tried to go back inside but couldn’t. The door was equipped with an electronic lock and stayed closed.
The robber is a described as a white male in his mid- to late-20s, about 5-feet-10 to 6-feet tall, 220 to 240 pounds. He was wearing a camouflage coat, dark-colored hooded sweatshirt, black ski mask and dark-colored hiking boots.
.
I’m guessing he needed to have a smoke more than money.
.
Man Climbs Cell Phone Tower: Can You Hear Me Now?
For reasons he has yet to explain to authorities, he spent seven hours in the buff on the cellphone tower. About 4:40 p.m. Wednesday, authorities said, Collin County sheriff's deputies approached Mr. Arnold after they'd gotten several calls about a man acting strangely. He ran away from the deputies. Initially, witnesses said, Mr. Arnold was wearing only jeans. But by the time he jumped a fence and climbed 15 feet up the tower, officers said, he had disrobed entirely. Sheriff's Lt. John Norton said a negotiator was called to the scene, and Mr. Arnold finally agreed to descend shortly before midnight. He was charged with criminal trespass, disorderly conduct and fleeing from police.
.
Thieves make off with bull semen
Bull semen worth about £12,000 has been stolen from a farm building in south west Scotland.
The semen is stored in a purpose-built flask containing liquid nitrogen in order to keep it at a fixed temperature.
The specimens were stored in an outbuilding. It was noticed on Thursday that they had been taken. A Dumfries and Galloway Constabulary spokesman said that some form of transport must have been used as the flask weighed more than 30kg.
The flask contained about 400 "straws" of semen was all that was taken in a forced entry. Due to the high value it will have a market - somebody will take it off their hands.
.
Man arrested for 'raping dog'
A man in his early 20s was arrested by police on Friday for allegedly raping a dog in Cullinan, Pretoria police said.Spokesperson Johannes Jaftha said the man went to the house of his neighbour around 6am and found no one there.Jaftha said the suspect then enticed the animal out of the yard."He took the beast to the nearby stadium while its owner, a lady in her early 40s, was away.""He was seen by one of the neighbours who told the owner when she came back, and she immediately rushed to the sports pitch to investigate," said Jaftha. He said the lady could not believe her eyes when she got into the toilet at the stadium and found the man stark naked and having sex with her dog.
.
Posted by The Man at 11/08/2008 No comments: