Dubai court annuls marriage to 'bearded lady'
An Arab country's ambassador to Dubai has had his marriage contract annulled after discovering the bride was cross-eyed and had facial hair.
The woman had worn an Islamic veil, known as the niqab, on the few occasions the couple had met.
The envoy, who has not been identified, told a Sharia court her mother had tricked him by showing him pictures of the bride's sister.
He only discovered the deception when he lifted the woman's veil to kiss her.
The court had annulled the marriage contract but rejected a $130,000 (£83,000) compensation claim for gifts he had bought his intended, the report said.
.
Struck by a train, the man crawled for hours
Scott Gore woke up on the train tracks about 1 a.m. He was dehydrated. His head was pounding. His pants were torn and his legs were throbbing in pain. He couldn't help but think he'd been hit by a passing freight train.
.
Man uses fingers on another man's testicles during fight
A Florida Keys man is accused of grabbing another man by his testicles and injuring him during a fight at a Super Bowl party he received a total of 52 stitches for his injuries.
.
Posted by The Man at 2/11/2010 No comments:

Why do Idiot’s Always Return to the Scene of the Crime? 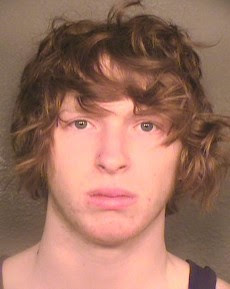 Don't try to place dog poop on the front porch of your neighbor.
That little stunt has landed Andrew Charles Donahue, 18 in deep doo-doo in Greeley.
Donahue, was booked early Sunday after he was caught red-handed with a bag of dog poop and matches headed for the front porch of Wayne Pickens
Early Sunday, Pickens said he called the cops on his neighbors - a bunch of university students who were partying too loud for Pickens liking.
Then, at 4:30 a.m. Sunday, someone rang Pickens' doorbell. When he went to the front door, Pickens saw his Sunday Denver Post ablaze on his front porch.
He extinguished the burning newspaper.
Pickens thought the pranksters might be back although he "assumed they weren't going to be that stupid."
He waited in ambush in his yard just in case.
Next door, he said, he could see the young men. A couple of guys were in the house, and two more were in the front yard with a flashlight picking up dog poop and putting it in a bag.
When they headed over to his house and were about to light the bag of poop, Pickens pounced. His wife - who had already called the cops - was snapping pictures.
.
Posted by The Man at 2/11/2010 No comments: 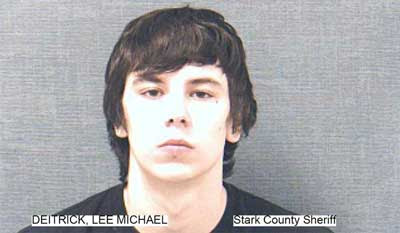 A Ohio man is facing a felony child endangering charge for allegedly tattooing a 1-year-old girl.
Lee Deitrick, 20, is accused of putting the non-removable tattoo on the child's backside while she was visiting his house with a female relative in November. Deitrick is not the girl's father.
If he's convicted for the third-degree felony, he could get up to five years behind bars.
.
Posted by The Man at 2/11/2010 No comments: